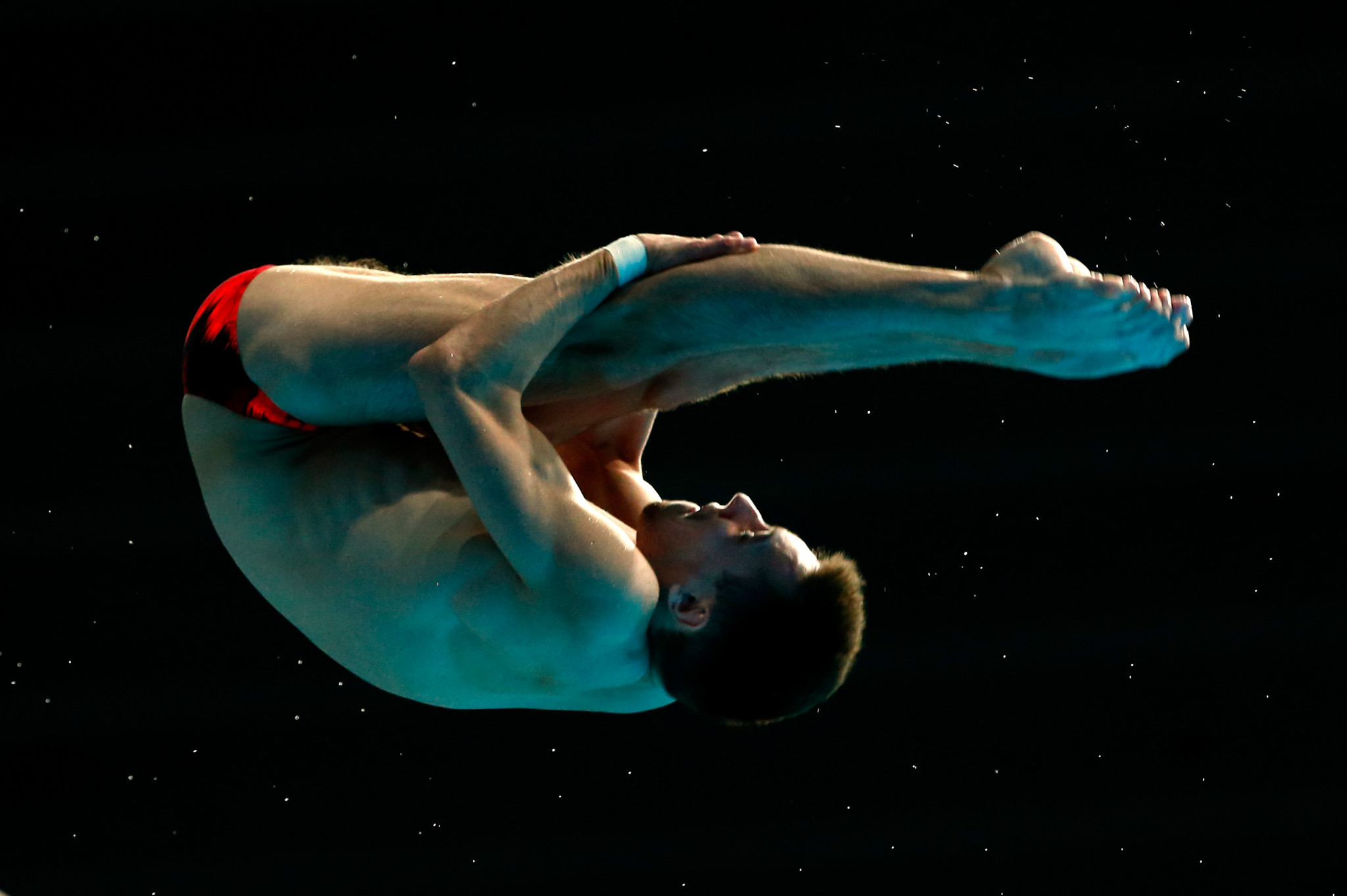 Minibaev was locked in a close battle with China’s Song Yuan throughout the competition at the Neptun-Schwimmhalle.

He held his nerve in the final round, however, to edge his rival to gold, with 483.75 points proving enough to top the standings.

Song was narrowly behind on 482.95 but was left settling for second place.

The podium was completed by Ukraine’s Oleksii Sereda, who scored 453.75 to win the bronze medal.

Congratulations to our winners of the 3m mixed synchro event, Stanislav Oliferchyk and Victoriya Kesar from Ukraine. Silver goes to Shuta Yamada and Hazuki Miyamoto from Japan with 271.20 pts. Lena Hentschel and Lou Massenberg from Germany take home the bronze medal. pic.twitter.com/sw1fP0SVWT

The duo were awarded a score of 281.97 points from the judges.

Japan’s Shuta Yamada and Hazuki Miyamoto finished as the runners-up on 271.20 and Germany’s Lena Hentschel and Lou Massenberg were third with 268.80.

It meant disappointment for the Chinese pairing of Yu Ouyang and Depeng Ma, who scored 267.33 points to end fourth.

Yu had already secured a gold medal on the final day of action, topping the standings in the women’s 3m synchronised springboard competition with Jiahan Hu.

The pairing achieved a score of 295.50 points, with Russia’s Uliana Kliueva and Vitaliia Koroleva following in second place on 289.20.

Hosts Germany celebrated a final medal of the Grand Prix as Jette Müller and Thalea Paschel claimed bronze on 270.24.