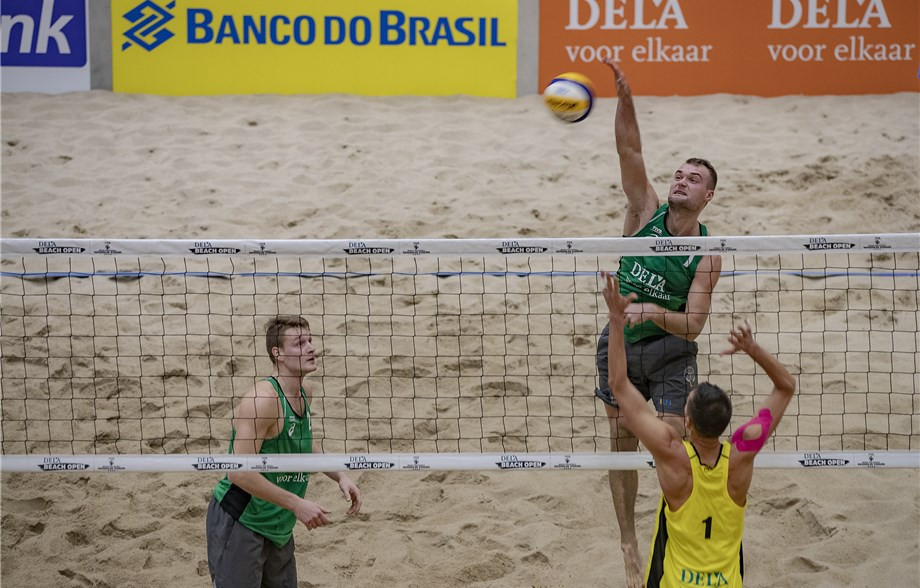 The Lithuanian pair of Robert Juchnevic and Edvinas Vaskelis have qualified for the main draw at the International Volleyball Federation Beach World Tour event in The Hague, in just their second competition together.

The pair beat England's Chris Gregory and Issa Batrane 21-19, 21-12 at the four star event in the Sportcampus Zuiderpark, having previously reached the main draw at the at the two star Jinjiang tournament in June, at which they finished ninth.

"It was quite difficult," Juchnevic said.

"I think we did our best.

"We couldn't do better.

"It is a crazy feeling, our first main draw in a four star tournament.

"We will just try to show something better than today and we will see."

Also making it through are the French duo Olivier Barthelemy and Arnaud Loiseau.

This week's tournament at The Hague is Loisaeu's first four star event and only his second of any kind alongside Barthelemy.

In the women's event main round action has already begun, and it was a mixed day for France's Aline Chamereau and Alexandra Jupiter.

Meanwhile in Pool F the United States pair of Emily Day and Betsy Flint continued their strong form from qualifying with a win in their first main draw match.

The duo, who only teamed up in May, beat Latvia’s Alise Lece and Anastasija Kravcenoka in straight sets 21-18, 21-14 in their first match.