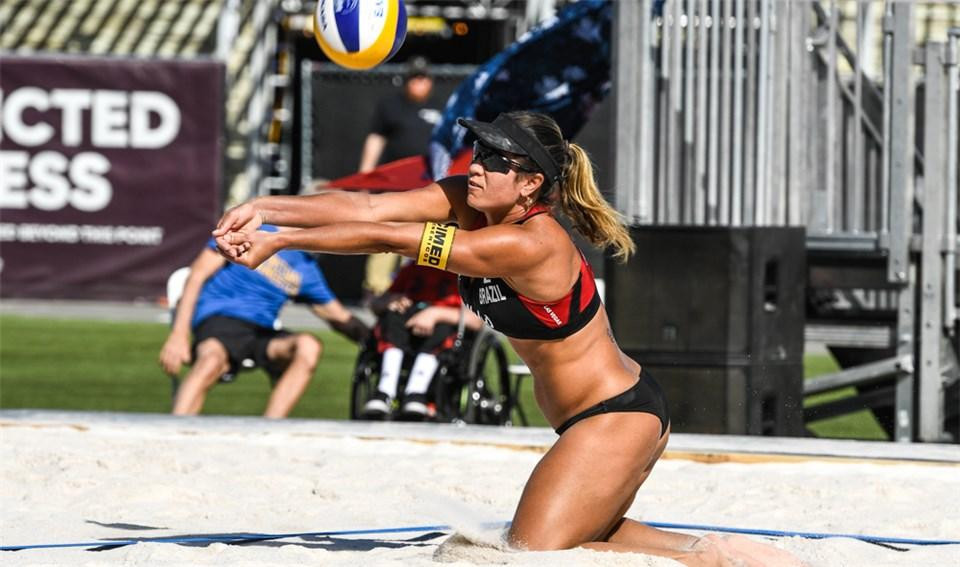 The women's final of the four-star International Volleyball Federation (FIVB) Beach World Tour event in Las Vegas is an all-Canadian affair, while two Brazilian teams will face off for the bronze.

Sarah Pavan and Melissa Humana-Paredes have now registered three straight sets victories in a row to advance to the gold medal match.

In the semi-finals today Pavan and Humana-Paredes overcame Brazil's Rebecca Silva and Ana Patricia Ramos, 21-14, 21-19, to advance to the gold medal match while the Brazilians will play for the bronze.

Pavan and Humana-Paredes will face compatriots Heather Bansley and Brandie Wilkerson in the first all-Canadian gold medal match of the FIVB World Tour.

Bansley and Wilkerson were pushed to three sets in their semi-final against Brazil's Carolina Solberg Salgado and Maria Antonelli.

While the Canadians battle it out for the women's gold medal, the two Brazilian teams from the semi-finals will face off for the bronze.

In the men's draw, Norway's Anders Mol and Christian Sørum and Poland's Grzegorz Fijalek and Michal Bryl will play for the gold medal.

Fijalek and Bryl defeated Russia's Oleg Stoyanovskiy and Viacheslav Krasilnikov for their chance to play for the gold in three sets, 21-13, 14-21, 15-11.

The Russian and American pairs will play for the bronze medal.