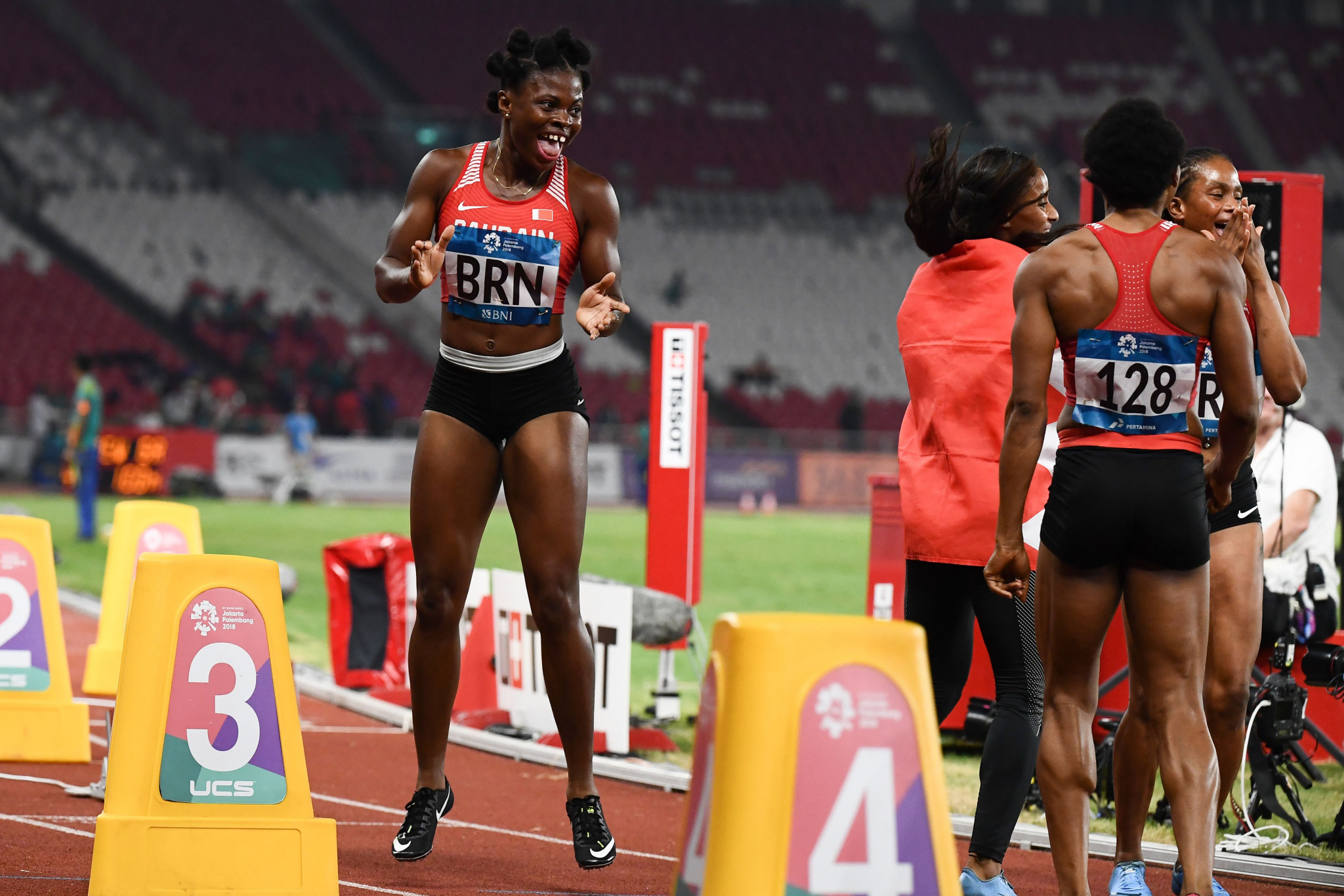 African-born athletes representing Bahrain dominated the final day of the athletics programme at the 2018 Asian Games here as medals were won across 11 different sports on the 12th day of action.

Edidiong Odiong, who was born in Nigeria but switched allegiance to Bahrain two years ago, completed the sprint triple crown by winning the women’s 4x100 metres relay alongside her teammates Iman Essa and Salwa Naser - who were also both born in Nigeria - and Hajar Alkhaldi at the Gelora Bung Karno Main Stadium.

They took the title in a Games record of 42.73sec, just 0.11 seconds ahead of China in silver medal position and 1.09 ahead Kazakhstan in third.

Bahrain won a total of seven medals on the athletics track tonight including three golds, six of which were won by athletes not originally from the country.

Bahrain then won the silver in the women’s 4x400m with four athletes all born in Nigeria; Odiong, Essa and Naser, who all ran in the 4x100m, and Aminat Jamal.

Ofcourse can’t blame the athletes but these rich spoilt West Asian nations like Bahrain and Qatar importing Africans for athletics is frankly a joke. Shameful

The prominence of foreign born athletes amongst Bahrain’s team has not gone unnoticed, with many on social media claiming their presence undermines the Games as a celebration of Asia, while others suggest it brings the whole event into disrepute.

Bahrain in particular stand out, with all of their 25 medals at the Games having come in track and field, largely from athletes that only recently gained Bahranian nationality.

Elsewhere, China’s Dong Dong and Kazakhstan’s Olga Rypakova, who each won their respective events for the third time in succession, were among those to produce impressive performances.

Dong won the men’s trampoline title with a score of 59.925, to become the first person in Asian Games history to win the same title three times in a row in any gymnastics event, including in the artistic and rhythmic disciplines.

Rypakova achieved the same feat in the women’s triple jump, taking the title with a jump of 14.26m.

At the Jakarta International Velodrome, there was a surprise result as Japan lost the men’s sprint for only the second time in 14 editions of the Asian Games.

The Japanese had won the title on 12 of the previous 13 occasions, with the only exception coming in 2010 when China’s Lei Zhang took gold.

Tonight a Japanese athlete was in the final once again, but Tomohiro Fukay was beaten by Malaysia’s Mohd Azizulhasni Awang.

There was also an upset in the mixed doubles soft tennis final, where South Korea failed to win the gold for the first time.

The event has been held at the Asian Games on four previous occasions and the country had never lost until today, when Kisung Kim and Hyegyeong Mun fell to a 5-3 defeat against Chinese Taipei's Kaiwen Yu and Chuling Cheng.

There were precious few upsets elsewhere however.

The sport has only featured on the programme at the Asian Games on eight occasions.

It means the central Asian country have won six of seven kurash golds at the 2018 Asian Games.

In other events of note, Wang Chuqin and Sun Yingsha came from 0-2 down to win the mixed doubles table tennis final 3-2 against their compatriots Lin Gaoyuan and Wang Manyu.

Kuwait won their third gold medal of the Games thanks to Ali Alkhorafi and his horse Cheril in the equestrian individual jumping final.