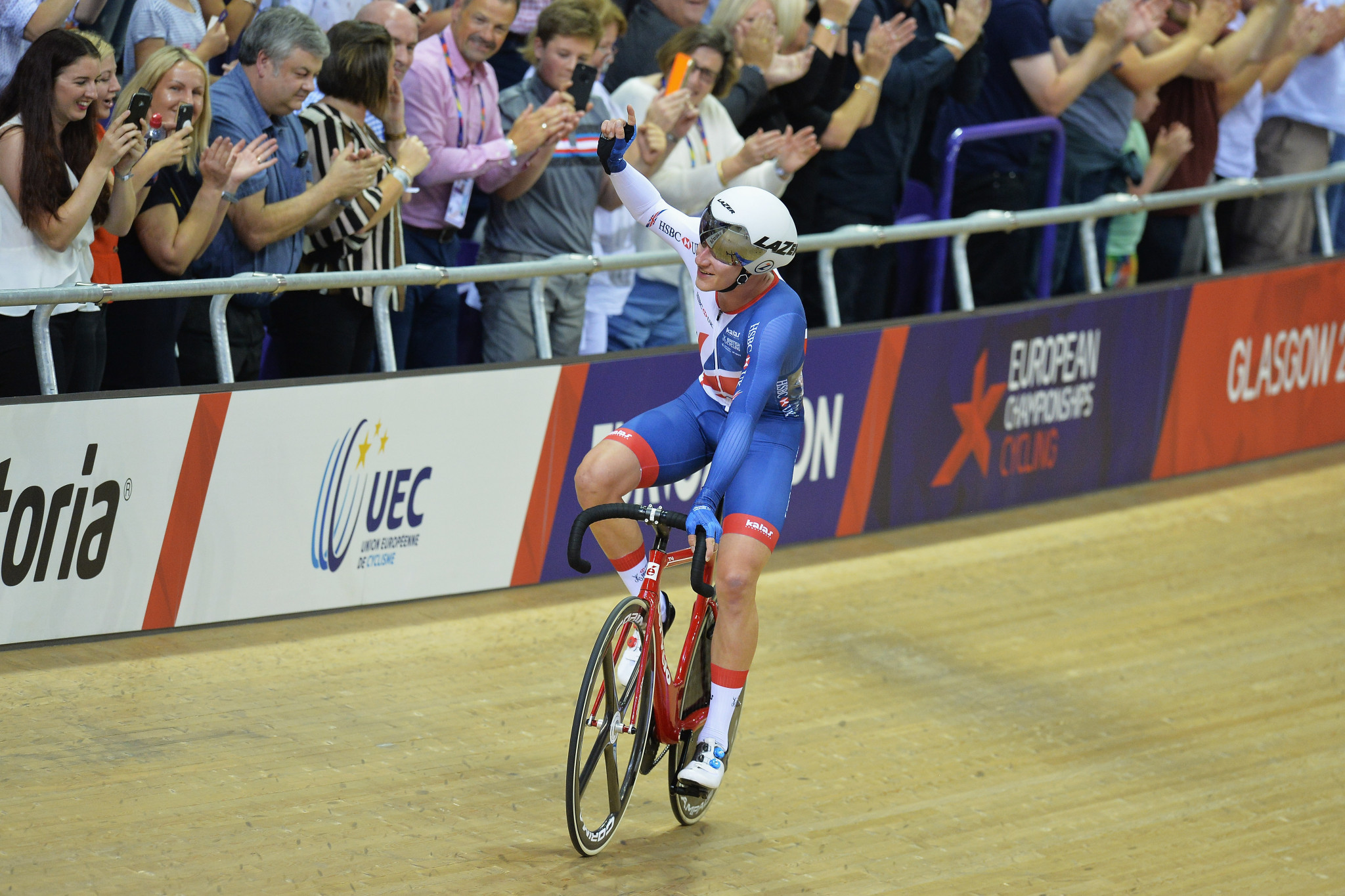 Britain’s Ethan Hayter produced a superb performance in the concluding event of the men’s omnium to clinch the gold medal at the European Championships here today.

The concluding points race was expected to be fierce contest, with just eight points separating the top five riders after the scratch, tempo and elimination races.

Britain’s Ethan Hayter also headed into the points race in contention to secure a place on the podium, as the home favourite had a total of 94 points.

Hayter was part of an early break during the 25 kilometres points race, proving pivotal to his victory.

The 19-year-old wo a sprint and gained a lap on the majority of his rivals to propel him into the lead, while Denmark’s Caspet von Folsach moved into second place after the effort.

Hayter extended his advantage and was able to celebrate claiming the title by finishing on a total of 133 points.

The battle was fierce for the minor medals, with Viviani and von Folsach taking silver and bronze respectively on 113 points each.

Sajnok ended one point off the podium places.

Germany’s Lisa Brennauer denied the hosts a second gold when she overcame Katie Archibald in the women’s individual pursuit after an impressive ride.

Brennauer steadily increased her lead throughout the duration of the race, with the German over one second ahead at the halfway mark of the 3,000 metres event.

Archibald was unable to close the deficit, despite the home support, as Brennauer closed on a first European title and securing it in a time of 3min 26.87se.

The first medal event of the day saw The Netherlands’ Matthijs Buchli emerge as the winner of the men’s kilometre time trial event.

The 25-year-old dipped under the minute mark in qualification to head into the final as the favourite.

Buchli posted a slower time in the afternoon session, but his 1:0.134 was enough to win gold.

The duo were among several riders to gain a lap during the event and being rewarded with 20 points.

Savenka held a narrow advantage heading into the 10th and final sprint of the race, which was worth double points.

Confalonieri crucially gained two points in the sprint to snatch the gold medal, ending on 33 points.

Savenka ended in second place on 32 and Russia's Gulnaz Badykova won the bronze,

Wild, winner of the scratch race yesterday, but missed out on the podium after the Dutchwoman crucially failed to gain a lap.