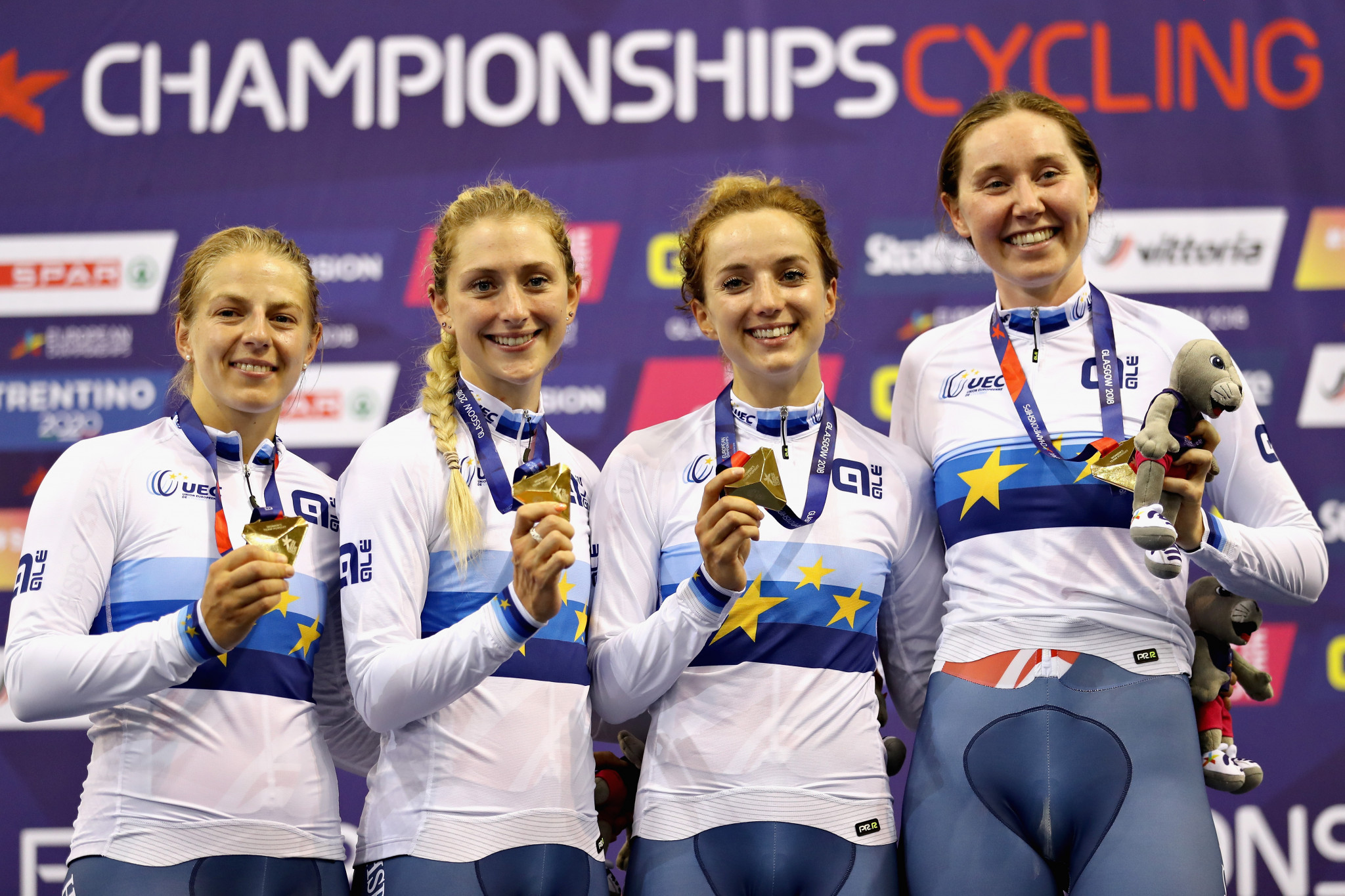 Britain had posted the fastest time in qualifying and backed up the performance by overcoming France to book their place in the final.

Defending champions Italy provided the opposition after they saw off the challenge of Germany.

Italy’s Elisa Balsamo admitted yesterday that they had aimed to avoid Britain in the first round due to their strength.

Balsamo and her team-mates Letizia Paternoster, Marta Cavalli and Silvia Valsecchi showed no fear, though, in the gold medal ride, as the lead continued to alternate between the teams in the opening half of the contest.

Britain started to edge clear after the halfway mark, with Elinor Barker, Laura Kenny, Katie Archibald and Neah Evans pulling away as the Italy’s paid for their early endeavours.

Britain crossed the line in a time of 4min 16.896sec to seal the gold, with defending champions Italy settling for silver in 4:25.384.

While Italy were beaten by Britain in the women’s final, their men’s squad beat the hosts to progress to the gold medal ride.

Britain’s Ethan Hayter, Steven Burke, Kian Emadi and Charlie Tanfield bounced back from their first round loss to earn the bronze medal.

The first gold medal of the track cycling programme was earned by The Netherlands Kirsten Wild, who had claimed victory earlier in the day in the women’s scratch race.

The reigning world champion held off a late surge from Emily Kay to earn the title, the British rider forced to settle for the silver medal.

A tight battle for the gold also came in the men’s scratch race, with Adrien Garel of France and Ukraine’s Roman Gladysh going head-to-head.

Garel appeared to have done enough to earn gold, only for Gladysh to storm past in the final sprint to snatch the title away from the Frenchman.

The duo produced a fine performance to beat Ukraine in the gold medal ride, clocking 32.452sec to their rivals’ 33.108.

Germany rounded off the top three, as they overcame the Netherlands by ending in 32.981.

Vogel is reportedly out of intensive care following a "serious spinal injury",

The second day of track cycling ended in similar fashion to how it began, as The Netherlands celebrated gold.