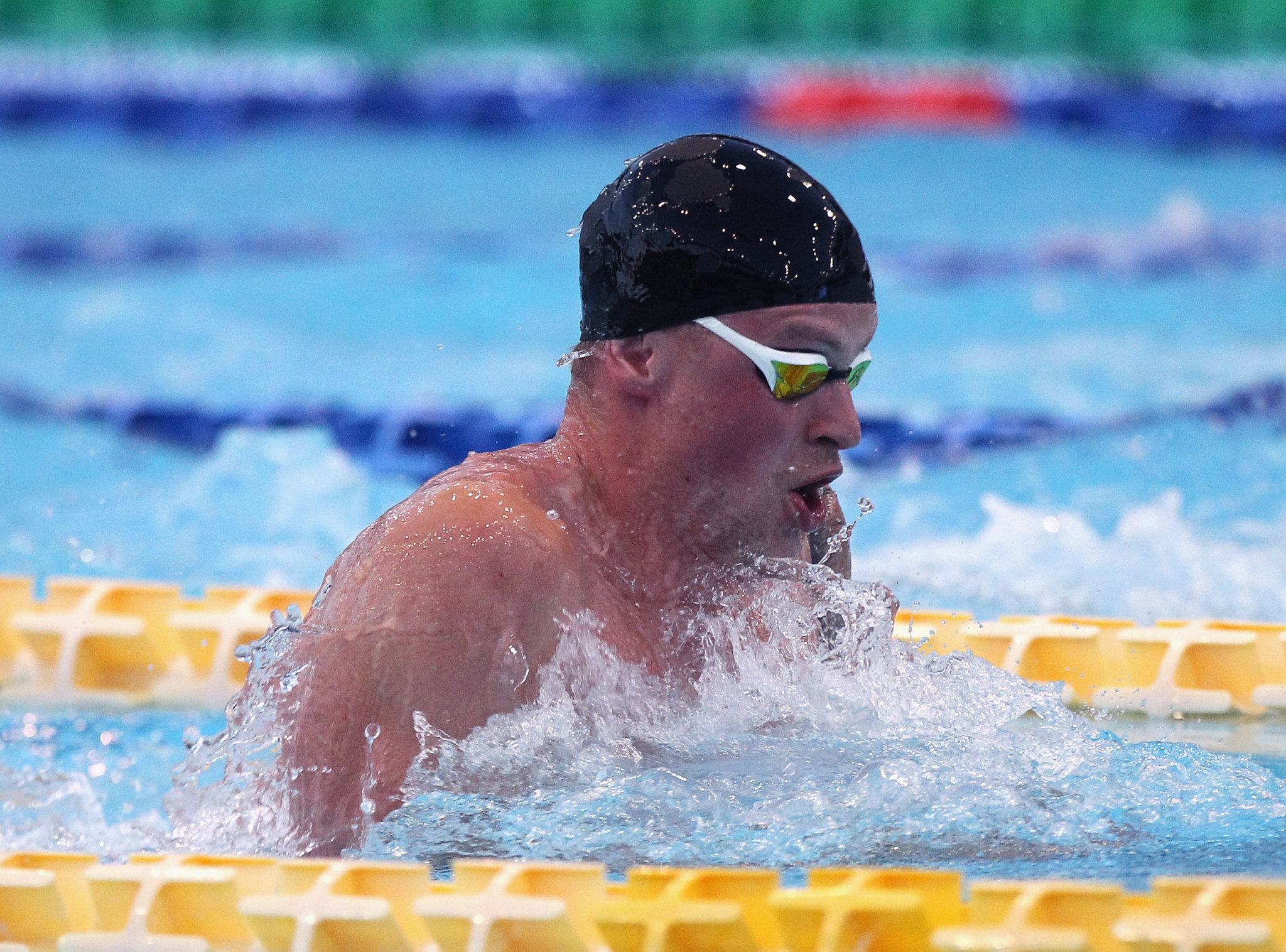 Olympic 100 metres breaststroke champion Adam Peaty will be looking to add to his eight titles from two European Championships with swimming competition due to get underway here tomorrow.

The Briton is one of two men who won Olympic gold medals at Rio 2016 due to compete at the Tollcross International Swimming Centre.

He is scheduled to take part in the 50m and 100m breaststroke, in which he holds world records, as well as in the mixed and men's medley relays.

Peaty is keen to bounce back after suffering his first loss in four years at the 2018 Commonwealth Games in the Gold Coast in April, finishing runner-up in the 50m breaststroke to South Africa's Cameron van der Burgh.

"I am in one of the best places now," he said

"I want to get at it and see where I am.

"That is what racing is about, how I can adapt to the competition and if they can adapt back."

The other reigning Olympic champion set to battle for glory here is Italy’s Gregorio Paltrinieri, holder of Olympic, world and European titles in the 1,500m freestyle and the second fastest man in history over 30 lengths.

Among the other names to look out for is Ben Proud, who lowered his British 50m freestyle record to 21.16sec in June to become the fourth fastest man in history.

Russia’s Vladimir Morozov and Poland’s Pawel Juraszek are likely to be his main threats.

Duncan Scott became the most successful Scottish swimmer at a single major championships when he claimed six medals at Gold Coast 2018, including 100m freestyle gold.

He faces Morozov over two lengths and fellow Briton James Guy, Russia’s Aleksandr Krasnykh and Juraszek in the 200m.

Last month, Ukraine’s Andriy Govorov lowered the 50m butterfly world record that had stood since 2009 to 22.27 in Rome.

He was third at last year’s International Swimming Federation World Championships in Budapest behind winner Proud.

In March, Hungary’s Kristóf Milák became the third fastest man in history in the 200m butterfly when he swam 1min 52.71sec, a time bettered only by American legend Michael Phelps and fellow Hungarian and six-time Olympic medallist László Cseh.

The 18-year-old is set to face Guy, Cseh and Hungary’s Tamás Kenderesi in the 100m butterfly, an event in which Milak took silver at the 2017 World Championships.

Kliment Kolesnikov, another rising star who turned 18 in July, will face fellow Russian and world champion Evgeny Rylov in the 200m backstroke.

Hungary’s Dávid Verrasztó will look to make it three European titles in a row in the 400m individual medley, while Germany’s Philip Heintz is on form in the 200m.

Great Britain are world champions in the 4x200m freestyle relay and silver medallists in the medley relay, but face competition in both events from Russia.

Russia are also strong in the 4x100m freestyle, where Italy and world bronze medallists Hungary will strive to make their mark.

In women's competition, Sweden's Sarah Sjöström will form part of a quality field in the freestyle, where she will meet Olympic 50m champion Pernille Blume of Denmark, Dutchwoman Ranomi Kromowidjojo, the sprint double gold medallist at London 2012, and France's Charlotte Bonnet, who has been in fine form.

The 24-year-old, winner of her first European title in 2008 aged 14, holds four world records in the 50m and 100m freestyle and butterfly, and won three golds and one silver medal at the 2017 World Championships.

"The freestyle events especially are going much, much faster," Sjöström, the Olympic and world 100m butterfly champion, said.

"For me you need to get all the details right to take a medal or win the race.

"Even if I touch first a lot of the time it is very close with second and third.

"It is going to be the same here."

Another one to watch in the freestyle is 16-year-old Hungarian Ajna Késely, who claimed a clean sweep of all four titles from 200m to 1,500m at last year’s European Junior Championships in Netanya.

Britain's Alys Thomas tops the rankings in the 200m butterfly after her gold medal-winning time of 2:05.45 at Gold Coast 2018, securing the first international medal of her career at the age of 27.

Olympic and world champion Mireia Belmonte of Spain is missing through injury.

Hungary's Katinka Hosszú will seek her fifth consecutive European title in the 200m individual medley, an event in which she is also Olympic and three-time world champion and world record holder.

She is expected to face Britain's Siobhan-Marie O'Connor, who claimed the silver medal behind her at Rio 2016.

Hosszú is also due to contest the 100m and 200m backstroke.