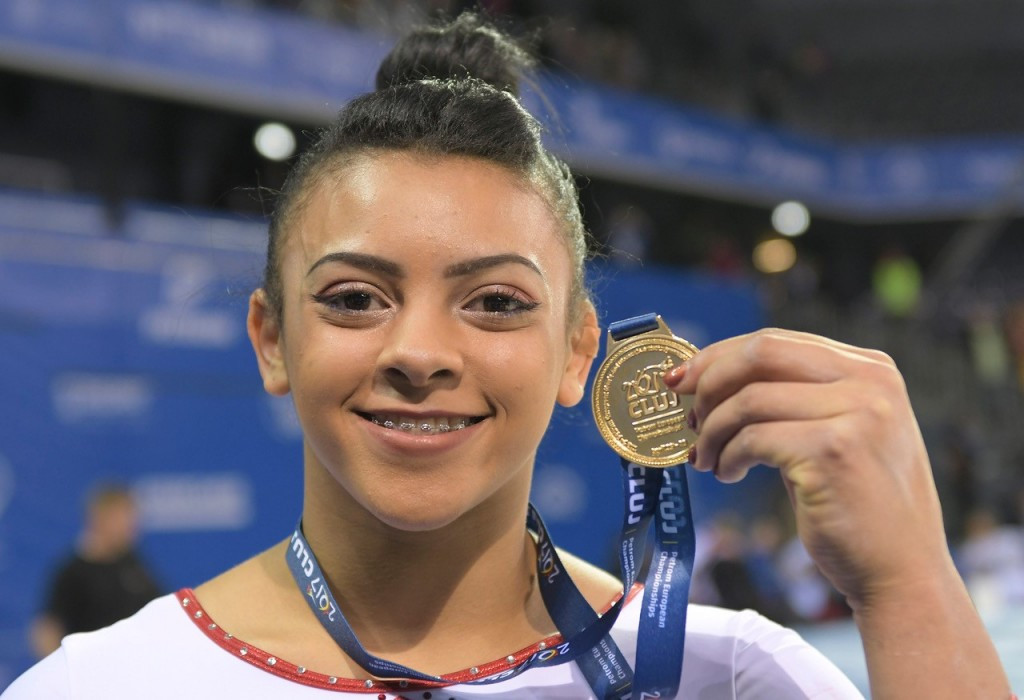 Britain's Ellie Downie etched her name into the history books once again as she claimed the women's all-around gold medal at the European Artistic Gymnastics Championships in Cluj-Napoca today.

The 17-year-old star became the first-ever British gymnast to win the event at any major international championship as she scored a total of 55.765 points.

Downie, a member of the British team which won World Championships bronze on home soil in Glasgow in November 2015, had trailed Hungary's Zsófia Kovács going into the final apparatus but produced a superb floor routine to top the podium.

Kovács had to settle for the silver medal as she finished with a score of 55.432, while bronze went to France’s Melanie De Jesus Dos Santos on 55.065.

"I don’t even know how to start to describe how happy I am," Downie said.

"It was the hardest competition I’ve ever done, after qualifying yesterday to pull it together and put in another four routines isn’t easy.

"My beam was a bit shaky and that got me worried, I didn’t watch anyone else’s floor routines I was just in my own world.

"Then once I got on the floor I just went for it, it wasn’t perfect so I was really nervous looking at the scores at the end.

"When my name came up in gold I just broke down crying."

While history was made in the women's event, it was a familiar story in the men's competition as Ukrainian Oleg Verniaiev successfully defended his all-around title.

The Olympic parallel bars gold medallist, who also won silver in the all-around at last year's Games in Rio de Janeiro, recovered from a fall on the floor - his first apparatus - to record a score of 85.866.

Artur Dalaloyan of Russia fell short in his quest for the crown as he was second on 85.498, with Britain's James Hall securing bronze on 84.664.