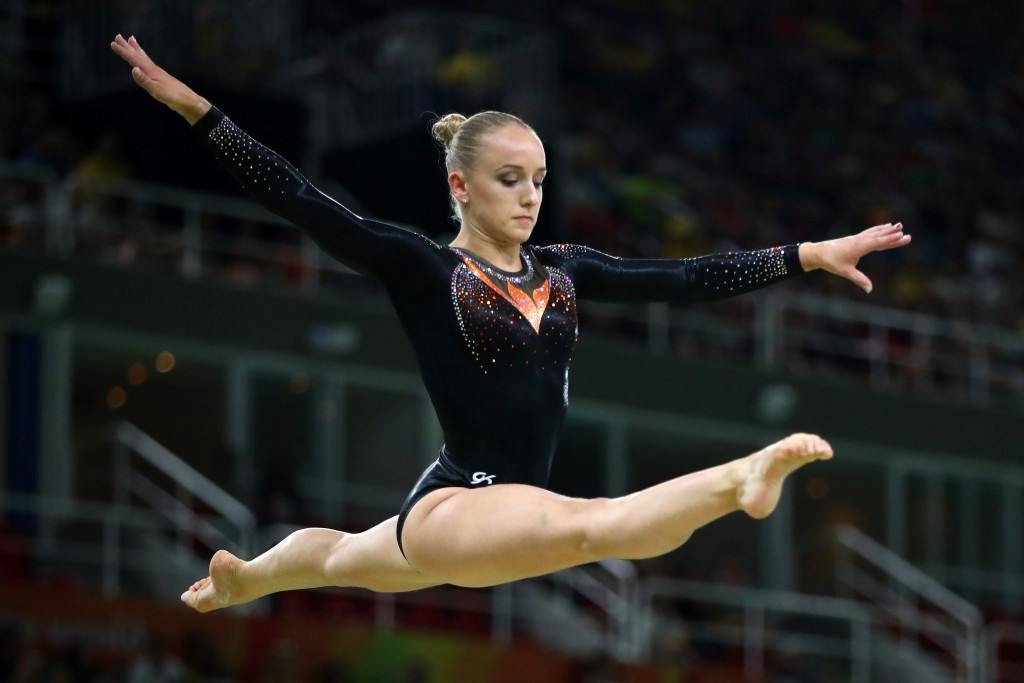 The Dutch star, who won the Olympic title on the apparatus at last year's Games in Rio de Janeiro, finished second on the qualification leaderboard with a score of 14.300 points at the Polyvalent Hall in the Romanian city.

Eythora Thorsdottir, also of The Netherlands, did enough for third thanks to a total of 14.233.

Britain's Ellie Downie made history as the first athlete from her country to qualify for all four finals at a European Championships event.

The 17-year-old, a member of the British team which won World Championships bronze on home soil in Glasgow in November 2015, topped the all-around standings with a score of 56.198.

Downie finished at the summit of the leaderboard in both the floor exercise and vault disciplines.

Coline Devillard of France was third on 14.266.

Downie was also the top performer on the floor as she scored 13.900, 0.134 in front of compatriot Claudia Fragapane, while Russian Elena Eremina was third on 13.633.

"It was one of my best qualifying performances across all pieces so I’m really happy," said Downie.

"Floor was definitely the stand-out apparatus for me today, my new routine seems to get a lot of attention and when the music kicks in it gets the crowd going.

"I feel like I’m pretty much up there with Europe and the world now.

"I always feel like I don’t know how good I am until I look up and see my score, it’s always a real surprise for me.”

Germany's Elisabeth Seitz was the top qualifier on the uneven bars, scoring 14.566 - the same total accrued by Nina Derwael of Belgium.

Eremina claimed her second third-place result of the day with a total of 14.466.

The top eight athletes in each apparatus secured a spot in the final, while the 24 highest-ranked gymnasts also progressed to the all-around final.

Both the men's and women's all-around finals are due to be held tomorrow.