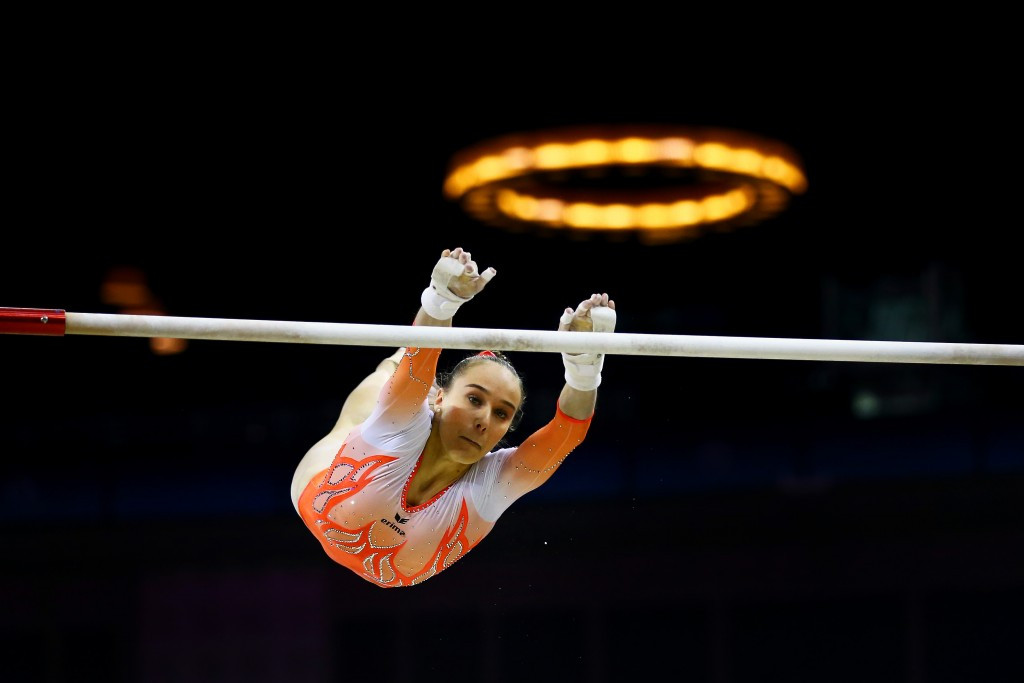 Alt topped the podium after she recorded a score of 54.598 points across the four disciplines at London's O2 Arena.

Her victory also saw her crowned the overall champion.

American Victoria Nguyen was the other athlete in the running for the World Cup crown but she was unable to match the effortless performances from Alt as she was second on 53.822.

Britain's Amy Tinkler, who claimed a surprise bronze medal on the floor at last year's Olympic Games in Rio de Janeiro, clinched the last place on the podium, much to the delight of the sizeable crowd inside the venue.

The 17-year-old, who is surely a name to look out for in the future, was given a total of 13.833 on the uneven bars and scored 12.966 on the tricky pommel horse apparatus.

"I'm so proud, it was such a pleasure to have such a great routine," Alt told Sky Sports.

"It was a routine that I train every day at the gym.

"Normally I train other more difficult elements but, at the moment, this routine is perfect for me.

"It's always good to be stable and have good routines, so that's the goal for success."

Ukraine’s Oleg Verniaiev was crowed the overall men’s champion, with the Olympic silver medallist ending on top of the podium in London.

He would score a total of 83.864 for the six disciplines contested, winning both the rings and vault elements on the way to the title.

The United States’ Donnell Whittenburg was second on 82.665, while the final podium spot was earned by Lukas Dauser.

The German gymnast ended with a tally of 81.698 points.