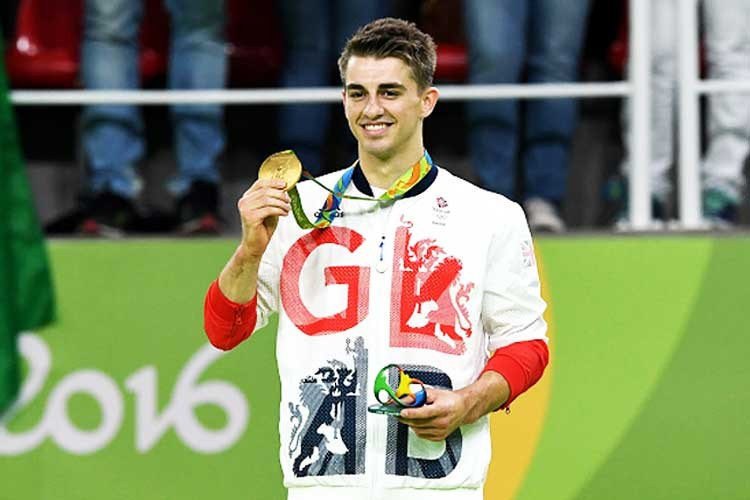 Double Olympic gold medallist Max Whitlock has announced he is taking a six-month break from gymnastics as he bids to be ready for October’s World Championships in Canadian city Montreal.

The 24-year-old, who became Great Britain’s first-ever Olympic gymnastics champion with his double success in the floor exercise and pommel horse at Rio 2016, will miss next month’s iPro World Cup in London.

He will also miss April's European Championships in Romanian city Cluj-Napoca, but is eyeing a return to action for the World Championships.

"After the incredible experience competing in Rio last summer, I took some time out of training to enjoy the moment and spend time thanking those who gave me so much incredible support," Whitlock, the pommel horse world champion, said.

"I’m very conscious since suffering from glandular fever two years ago, that I need to manage my body going forward as I want to continue to compete at the very highest level aiming towards Tokyo (the 2020 Olympic Games).

"I also want to ensure that when I do return to competition I’m in my best form possible with all of my routines at a high level.

"I’m working on improvements and new elements that take time to perfect.

"I’m disappointed not to compete at the events in the next few months but I will definitely be at them cheering on my team-mates and hopefully meeting lots more of the incredible British gymnastics fans.

"My target is to make the British team for the World Championship and be in a position to fight for the medals once again."

Whitlock also won all-around bronze at Rio 2016, adding to the same-coloured medals he won at London 2012 in the pommel horse and team events.

Since winning two gold medals in Rio de Janeiro, Whitlock has been nominated for the BBC Sports Personality of the Year and was appointed an Member of the Order of the British Empire (MBE) by the Queen.

Van Hoof’s career as a gymnast included competing at the 1984 Olympic Games in Los Angeles after which he took on a coaching role that has spanned over 20 years.

This was capped by five men’s artistic gymnastics Olympic medals at Rio 2016, including Whitlock's three.