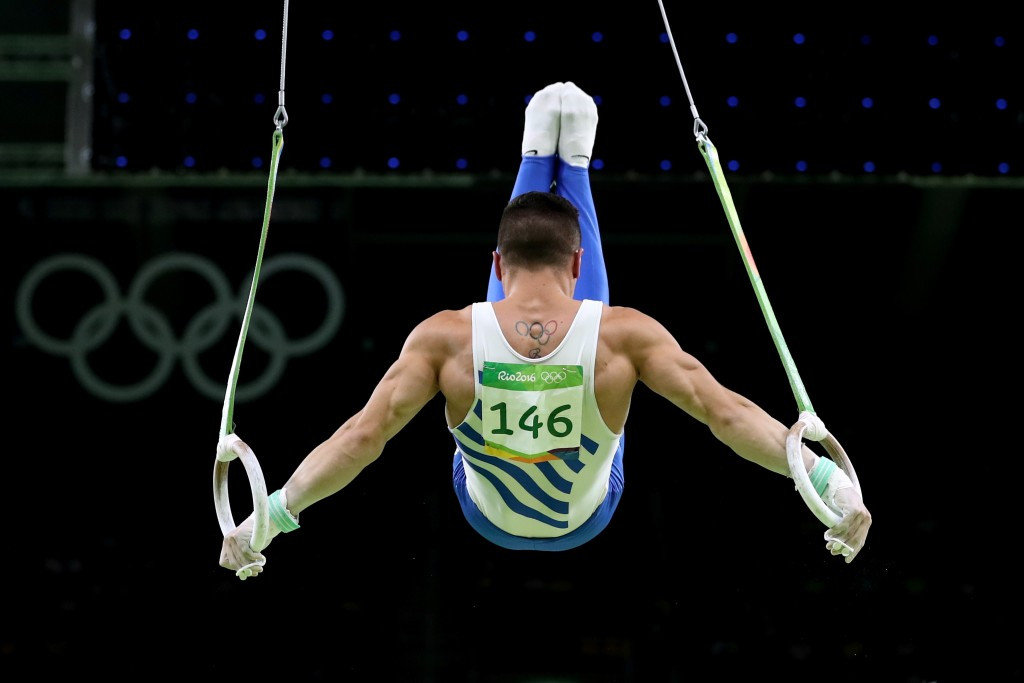 Olympic gold medallist Eleftherios Petrounias qualified for the final of the rings competition in top spot at the 2017 European Artistic Gymnastics Championships in Cluj-Napoca today.

The Greek athlete, seeking his third straight European title on the apparatus, produced the best routine of the day as he scored 15.366 at the Polyvalent Hall in the Romanian city.

Artur Tovmasyan of Armenia was second on 15.033, with Britain's Courtney Tulloch third on 14.933.

Hungary's pommel horse specialist Krisztián Berki rolled back the years as he was the top performer on his favoured apparatus.

The London 2012 Olympic champion, who is bidding for a seventh European pommel horse crown, finished at the summit of the leaderboard on 15.200 points.

The 32-year-old was closely followed by Russia's David Belyavskiy, who amassed 15.000 for his routine, while Slovenia's Saso Bertoncelj was third on 14.733.

Ukraine's Oleg Verniaiev, who clinched the Olympic gold medal in the parallel bars, did enough to secure his berth in the final on the apparatus as he was fourth.

Top spot went to Germany's Marcel Nguyen, a double silver medallist at London 2012, thanks to his score of 15.166 points.

Nguyen's team-mate Lukas Dauser did enough for third on 15.100, finishing 0.200 in front of Verniaiev.

Multiple world and European gold medallist Marian Drăgulescu of Romania was also in ominous form for the rest of the competing athletes as he qualified in first place in the vault event.

The 36-year-old, who has a vault named after him, ended with an average of 14.666 - the same total as Igor Radivilov of Ukraine, bronze medallist on the apparatus at London 2012.

Russia's Artur Dalaloyan claimed third on 14.533, with the ever-present Verniaiev fourth again as he recorded 14.516 points.

The top eight athletes qualified for the finals on the respective apparatus, with 24 gymnasts securing a spot in the all-around final.

The leaderboard was headed by Verniaiev, who scored 85.966.

The event continues tomorrow with the women's qualifications.