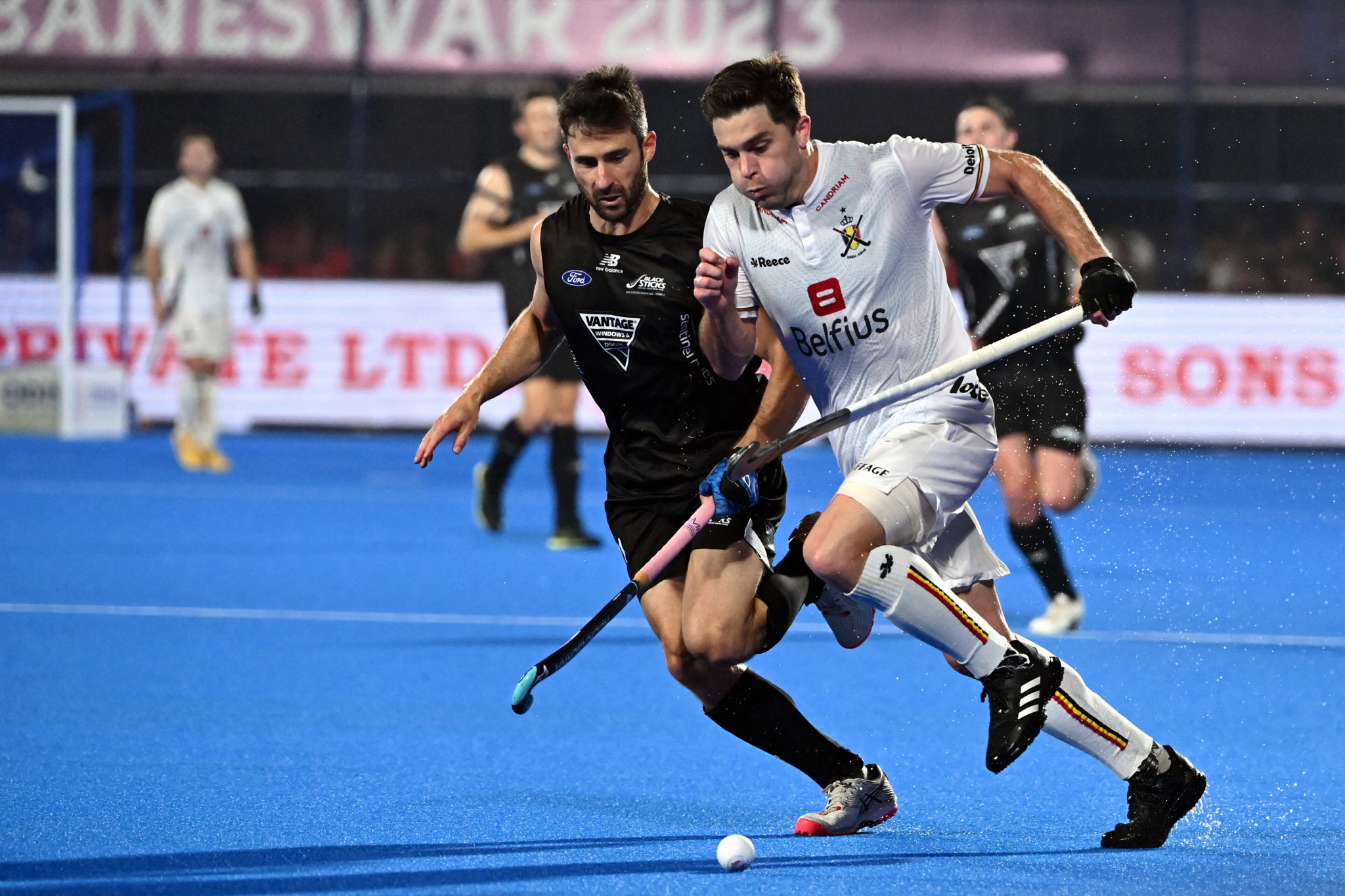 Holders Belgium and Australia were the first sides to reach the last four of the International Hockey Federation Men’s Hockey World Cup in Bhubaneswar, India.

Belgium battled to a hard-fought 2-0 win over New Zealand, while Australia edged an entertaining encounter against Spain 4-3.

The Red Sticks of Belgium were dealt a blow in the build-up to the match with the news that Alex Hendrickx would miss the rest of the tournament with an injury.

Belgium, who won the previous edition, also held in Bhubaneswar, back in 2018, netted twice in five minutes to secure victory.

Belgium’s defence then held firm to see the holders through to a semi-final against either the Netherlands or South Korea.

Elsewhere, Australia and Spain played out a seven-goal thriller, with all the goals scored in the second and third quarters of the match.

Captain of the @Kookaburras, Aran Zalewski talks about his team's win against Spain in the quarterfinals of the #HWC2023.

With this win, Australia became the first team to enter the semifinals. pic.twitter.com/HfYsgHd4f7

Xavier Gispert started the scoring in the 19th minute for Spain before Marc Recasens doubled their advantage four minutes later.

Australia, who finished third at the previous edition five years ago, then turned the contest completely on its head as they scored four times in the space of seven minutes.

Flynn Ogilvie pulled one back in the 29th minute, before Aran Zalewski levelled two minutes later.

A double from Jeremy Hayward, with both goals coming from penalty corners, then put Australia into a 4-2 lead.

The turnaround left Spain stunned with just 167 seconds between the Kookaburras first and third goals.

Marc Miralles pulled a goal back for Spain with 20 minutes remaining, and they had a golden chance to level the contest in the final five minutes however captain Miralles saw his penalty stroke saved by Andrew Charter.

The victory sees Australia through to the semi-finals, where they will take on either Germany or England.

The remaining quarter-finals are scheduled to take place tomorrow.