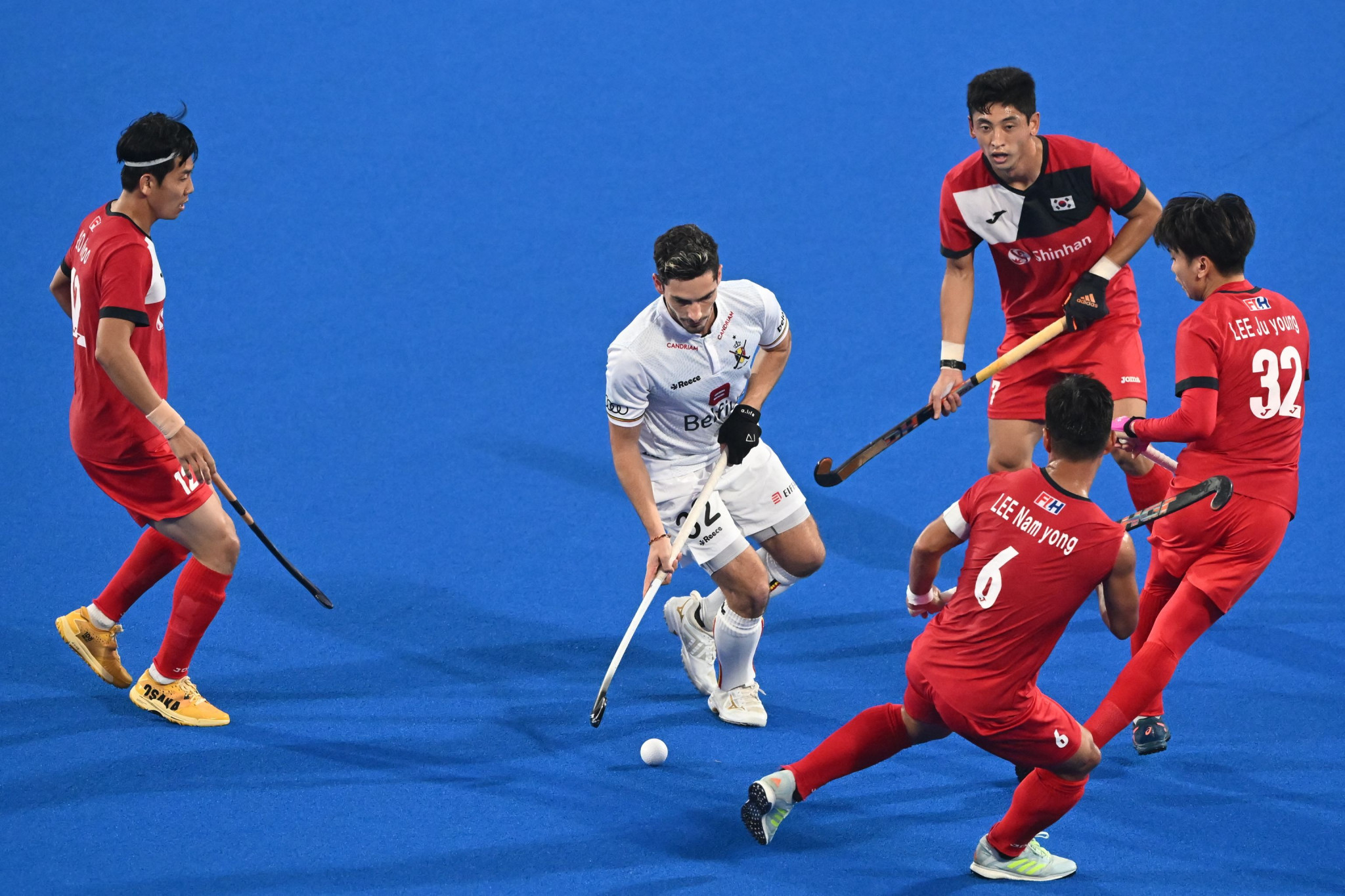 South Korea secured their last eight place with a dramatic win on penalties against Argentina, after their match had ended 5-5.

Two minutes later South Korea took the lead thanks to a penalty corner from Jeong Junwoo, before a minute later Nicolas Keenan equalised for Argentina from a penalty corner at the second attempt after his initial effort was saved.

A powerful flick from Nicolas Della Torre from a penalty corner put Argentina back in front in the 23rd minute, making the score 3-2.

The scoring continued with two goals in the 40th minute as a penalty corner from Jang Jonghyun, was followed by a second goal from Della Torre, making the scoreline 4-3.

Keenan scored his second of the game in the 46th minute to extend the Argentina lead to 5-3, before Jonghyun cut the deficit from a penalty corner three minutes later to make it 5-4.

With five minutes remaining South Korea levelled through a low shot from Nam Yong Lee, taking the match to penalties.

The crowd joins in, as Korea erupt in celebration of their incredible shoot-out win against Argentina to qualify for the quarterfinals of #HWC2023.#HockeyInvites #HockeyEquals pic.twitter.com/P1Hg90kJmt

South Korea won the shoot-out 3-2 as they became the only Asian team to reach the quarter-finals, setting up a meeting with the Netherlands.

The day’s other crossover match saw Germany run out comfortable 5-1 winners against France.

Four goals in a ten minute spell in the opening half proved decisive for Germany, who took the lead through Marco Miltkau on 14 minutes.

A counter-attacking move was finished by Niklas Wellen, who made it 2-0 five minutes later as he scored his fifth of the tournament.

Two goals in two minutes put the match beyond France with a strike from captain Mats Grambusch and a low deflected shot from Moritz Trompertz making it 4-0 in the 24th minute.

France scored a consolation with three minutes remaining through Francois Goyet, before late gloss was added to the score two minutes later by Gonzalo Peillat.

Germany’s 5-1 win sets up a quarter-final with England.

The opening two quarter-finals are due to take place at Bhubaneswar tomorrow, with Australia taking on Spain, before Belgium face New Zealand.