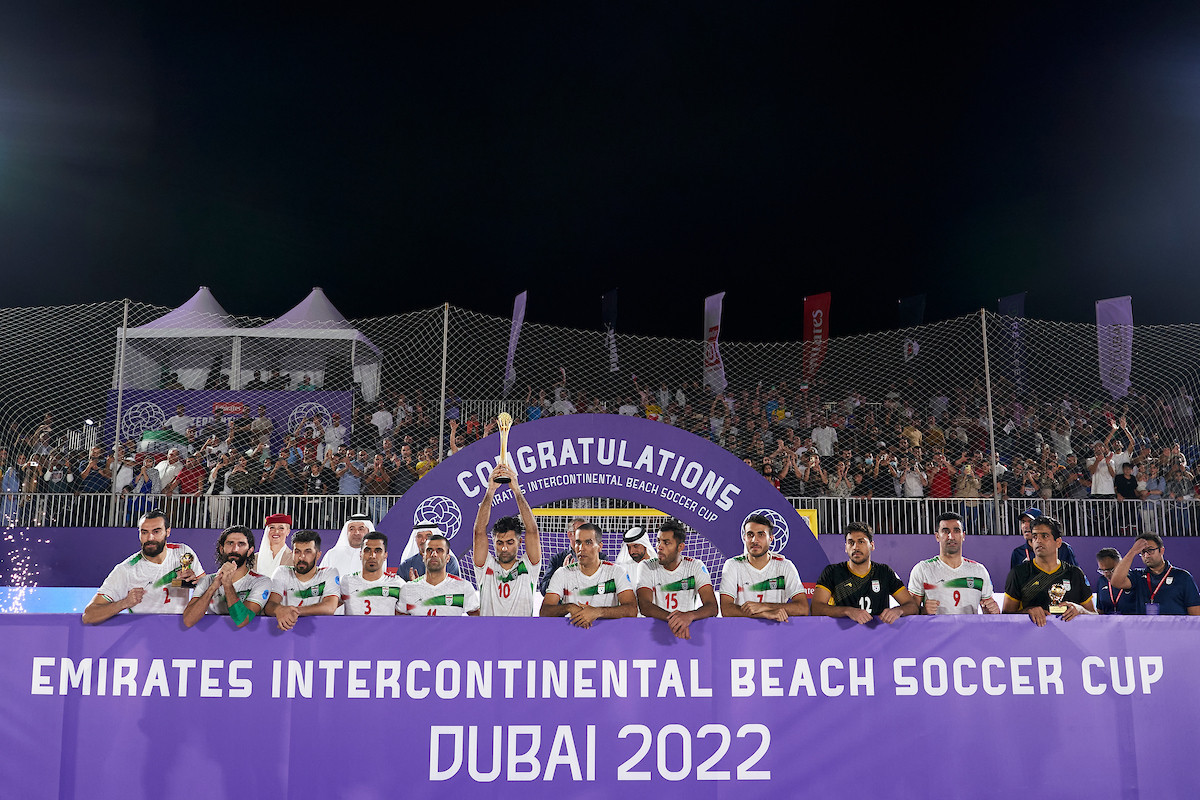 Iranian player Saeed Piramoon showed solidarity with protestors by imitating cutting his hair during the final of the Intercontinental Beach Soccer Cup in Dubai - but now faces punishment from Iran's football authorities.

There have been widespread protests in Iran against the Government and modesty laws following the death of Mahsa Amini in police custody.

Cutting hair is seen as a meaningful form of protest and has long been a symbol of rebellion in the country.

Thousands of people around the world have been cutting their hair to show support for the protest movement.

It is reported that some people also attempted to disrupt the match with protests of their own but were unsuccessful.

Iran's Government is renowned for crushing dissent and the Football Federation Islamic Republic of Iran's (FFIRI) Beach Football Committee has said that Piramoon will be punished for his actions.

"Although some of the irrational and opportunistic people intended to show up around the stadium where the match was held, they would downplay these successes and disrupt the focus of the national team, which fortunately did not succeed," read a statement from the governing body

"Obviously, according to the regulations of the Islamic Republic of Iran and the Olympic code of ethics and the rules of the World Football Federation (FIFA), in accordance with the principles governing football and avoiding any political behaviour in sports fields, the regulations will be dealt with by persons who have not complied with professional and sports ethics in this regard.

The FFIRI's pronouncement that Piramoon faces punishment comes amid numerous calls on FIFA to ban Iran from the upcoming World Cup in Qatar, scheduled for November 20 to December 18.

Women's rights group Open Stadiums urged the organisation to "Immediately expel Iran" because of its mistreatment of women, especially in response to the ongoing protests.

At least 304 people, including 41 children, have been killed in the authorities' brutal crackdown on protests which have now lasted 50 days, according to Iran Human Rights.

An unnamed group of Iranian sporting personalities also sent a formal request for a ban as it claims that Iran's Government has breached FIFA values and statues by repeatedly not allowing women to enter football stadiums.

The Ukrainian Association of Football has further appealed to FIFA to expel Iran from the tournament for its support of Russia's invasion of Ukraine, with Iranian kamikaze drones being used by Russian forces.

insidethegames has contacted FIFA and Beach Soccer Worldwide for comment.