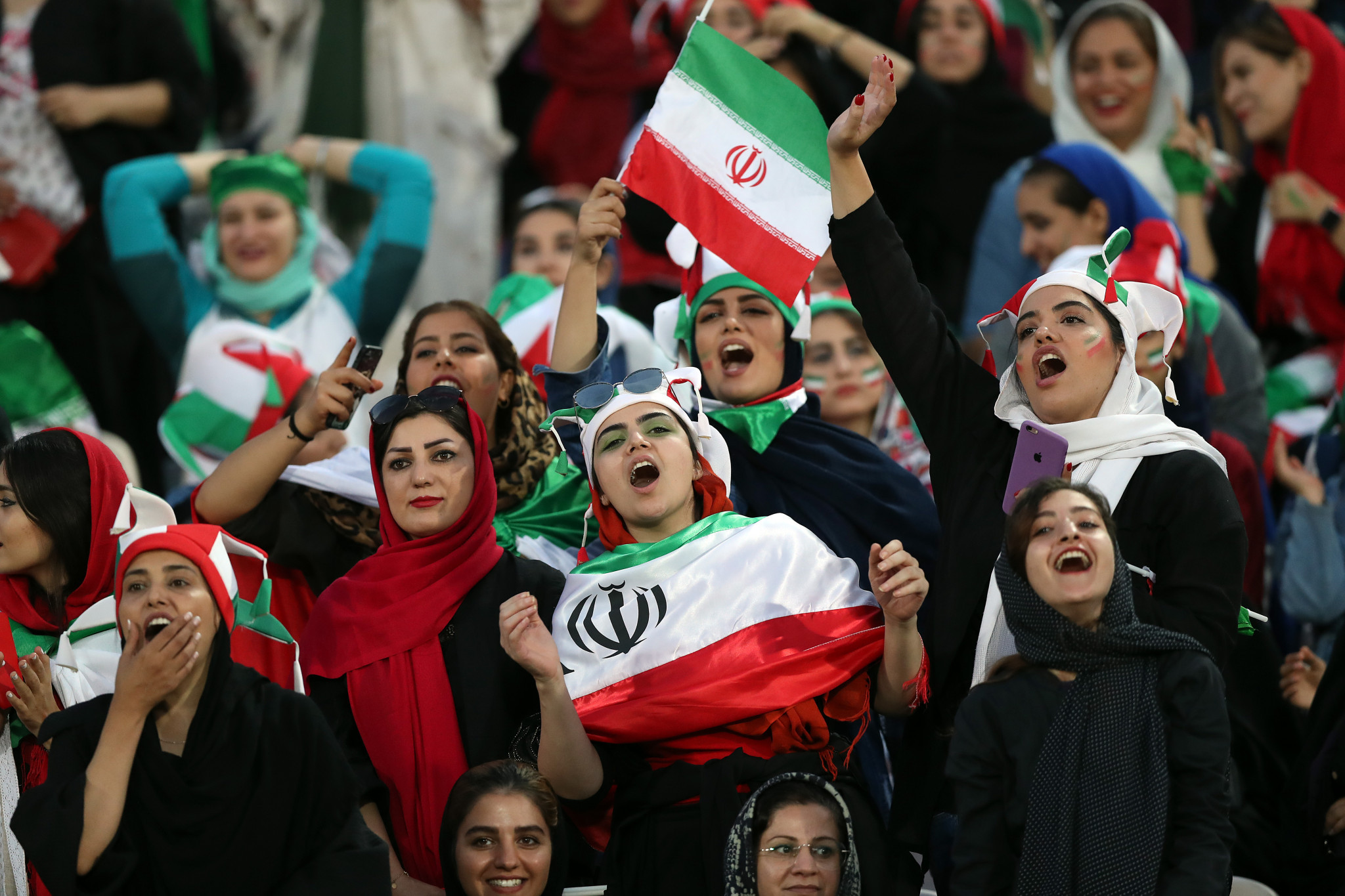 Women's rights group Open Stadiums has called on FIFA to "immediately expel Iran" from the 2022 World Cup in Qatar because of the country's mistreatment of women, amid protests sparked by Mahsa Amini's death.

In an open letter, the organisation urged for action to be taken prior to the World Cup - scheduled for November 20 to December 18 - following Amini's death.

The 22-year-old was arrested for not wearing a hijab as seen fit by Iran's so-called morality police.

While police say she had a heart attack, fell into a coma and died two days later, women who were detained with Amini said she was severely beaten by the authorities, which led to a cerebral haemorrhage and stroke.

"The Iranian FA is not only an accomplice of the crimes of the regime," read the letter.

"It is a direct threat to the security of female fans in Iran and wherever our national team plays in the world.

"Football should be a safe space for us all… therefore, we ask FIFA, based on Articles 3 and 4 of its statutes, to immediately expel Iran from the World Cup 2022 in Qatar."

Amini's death has resulted in a series of large-scale protests across Iran, which has thrust the country's institutionalised violence against women to the fore.

Demonstrations began in her hometown of Saqqez before spreading to Tehran, Rasht, Esfahan, Karaj and elsewhere domestically and internationally.

It is claimed that at least 76 protesters have been killed by Iranian security forces since the beginning of the unrest.

As Iranian football fans, with heavy heart we asked FIFA, due to ongoing human rights violation based on Articles 3-4 of its statutes, immediately expel Iran from #Qatar2022 Worldcup.

"Both the ongoing uprising in Iran in the aftermath of the killing of Mahsa Amini, and the brutal clampdown by the regime towards the protesting Iranian people are, sadly very familiar to us and bring back many terrifying memories to female football fans in Iran," the statement continued.

"Mahsa Amini, whose name has become synonymous with the disregard of human life Iranian authorities show towards half of the Iranian population on a daily basis for 44 years now, was killed in the very same detention center where female fans are usually brought to and tortured if we dare to try to attend a football game."

The group has admitted that it fears the state will punish its activists for taking aim at the country's Government and national football body if nothing is done by FIFA.

"The Islamic Republic's authorities and its football federation must not be given the honour of participating in football's finest tournament while it is killing its citizens on our streets," wrote Open Stadiums.

"Without consequences against the Iranian FA and its leadership, we are also legitimately afraid that once the FIFA World Cup concludes this December, the Islamic Republic will take revenge on Open Stadiums' women rights activists and on female football fans in general."

Iran are due to appear at their sixth World Cup finals n Qatar and have been drawn against England, Wales and the United States in Group B.

insidethegames has contacted FIFA and the Football Federation Islamic Republic of Iran for comment.