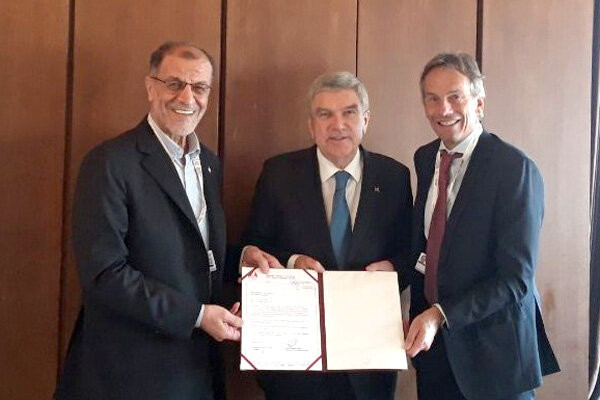 The meeting comes amid growing protests in Iran following the death of Masha Amini, sport climber Elnaz Rekabi competing without a hijab the South Korean capital last week, and a fresh call from activists for Iran to be removed from the upcoming FIFA World Cup due to women being denied access to football stadiums.

The 22-year-old was arrested for not wearing a hijab and died in custody after falling into a coma, with police accused of brutally beating her, leading to cerebral haemorrhage and stroke.

Khosravi Vafa, elected as NOCIRI President in August, claimed that the Olympic Charter has always been adhered to in Iran.

"We are committed to Olympic rules like before," he said, as reported by the Tehran Times.

Iran has previously been accused of breaching the Olympic Charter through Government orders that the country's athletes should not face Israelis at sports event.

Bach emphasised the IOC's support of the NOCIRI in accordance with the Olympic Charter during his meeting with Khosravi Vafa at the Association of National Olympic Committees General Assembly, according to the Tehran Times.

Khosravi Vafa claimed that Rekabi's appearance at the International Federation of Sport Climbing (IFSC) Asian Championships in Seoul without a hijab, which has generated much publicity and concerns for the athlete's safety, was a "small issue".

"I talked to her and told her that you definitely are very talented in sports and you should continue down this path to maybe qualify for the Paris Olympics and you’ll be fully supported by the Iranian Olympic Committee," Khosravi Vafa told the Associated Press.

The IFSC has claimed it has received assurances that Rekabi "will not suffer any consequences", following a joint meeting with the NOCIRI and IOC, but would "continue monitoring the situation and will wait for her to return to the IFSC circuit of events at the beginning of the 2023 season".

She returned home on Wednesday (October 19), where she was greeted by a large crowd at the airport in Tehran.

It was made compulsory for women to wear the hijab in public after the 1979 Islamic revolution.