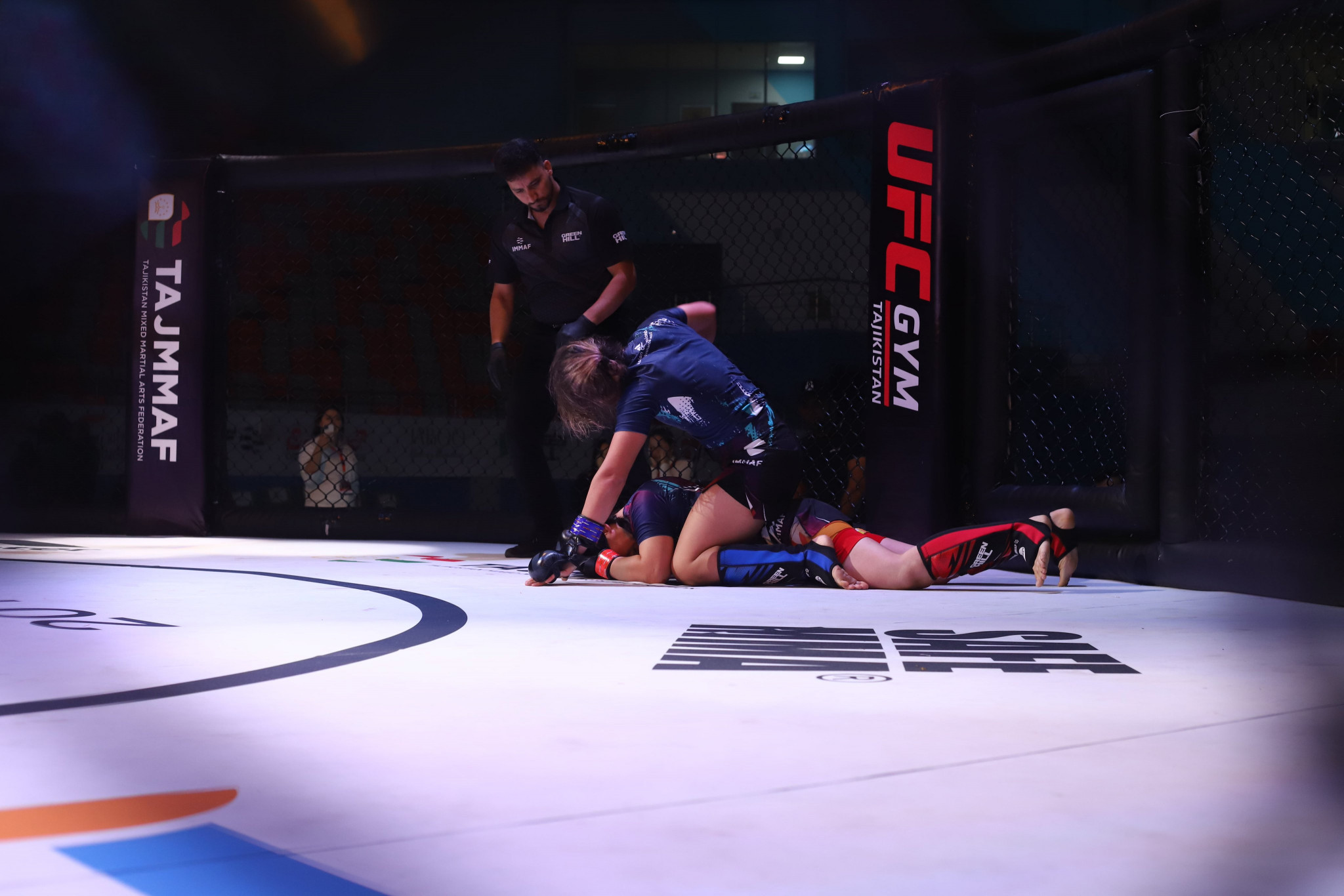 A late flurry, including four wins in the last five bouts, saw Bahrain amass six golds, one silver and one bronze medal on the final day in the capital.

An underwhelming triumph for Rasul Magomedov began the Bahraini haul as he was awarded victory over compatriot Sultan Gapizov in the men's under-120.2-kilograms final because he failed a medical exam.

Sultan Omarov was then good value for his win against Jordan's Hazem Kayyali in the men's under-83.9kg class as the judges awarded a unanimous points victory after the nine-minute bout was up.

Another unanimous decision followed, this time with Ramazan Gitinov benefitting in the men's under-77.1kg tournament against Kazakhstan's Doszhan Kenzhebayev.

You can’t stop Sabrina De Sousa ?? who secures the Senior Women Featherweight gold with a rapid TKO on Mulder Ashirbekova ?? in the first round!

Sabrina de Sousa won the first of Bahrain's three golds in the women's divisions as she got the better of Kazakhstan's Mulder Ashirbekova.

Fabiola Silver downed another Kazakhstan fighter, in the form of Aigerim Torekhanova, as she clinched the under-56.7kg title with a unanimous points win.

Aieza Ramos sealed the final Bahraini gold in the last bout of the day by forcing Kazakhstan's Matilda Bachurina into submission with an armbar pin in under three minutes.

Kazakhstan finished second in the standings with four gold, six silver, and four bronze medals while Tajikistan made up the top three with four golds, five silvers, and nine bronzes.