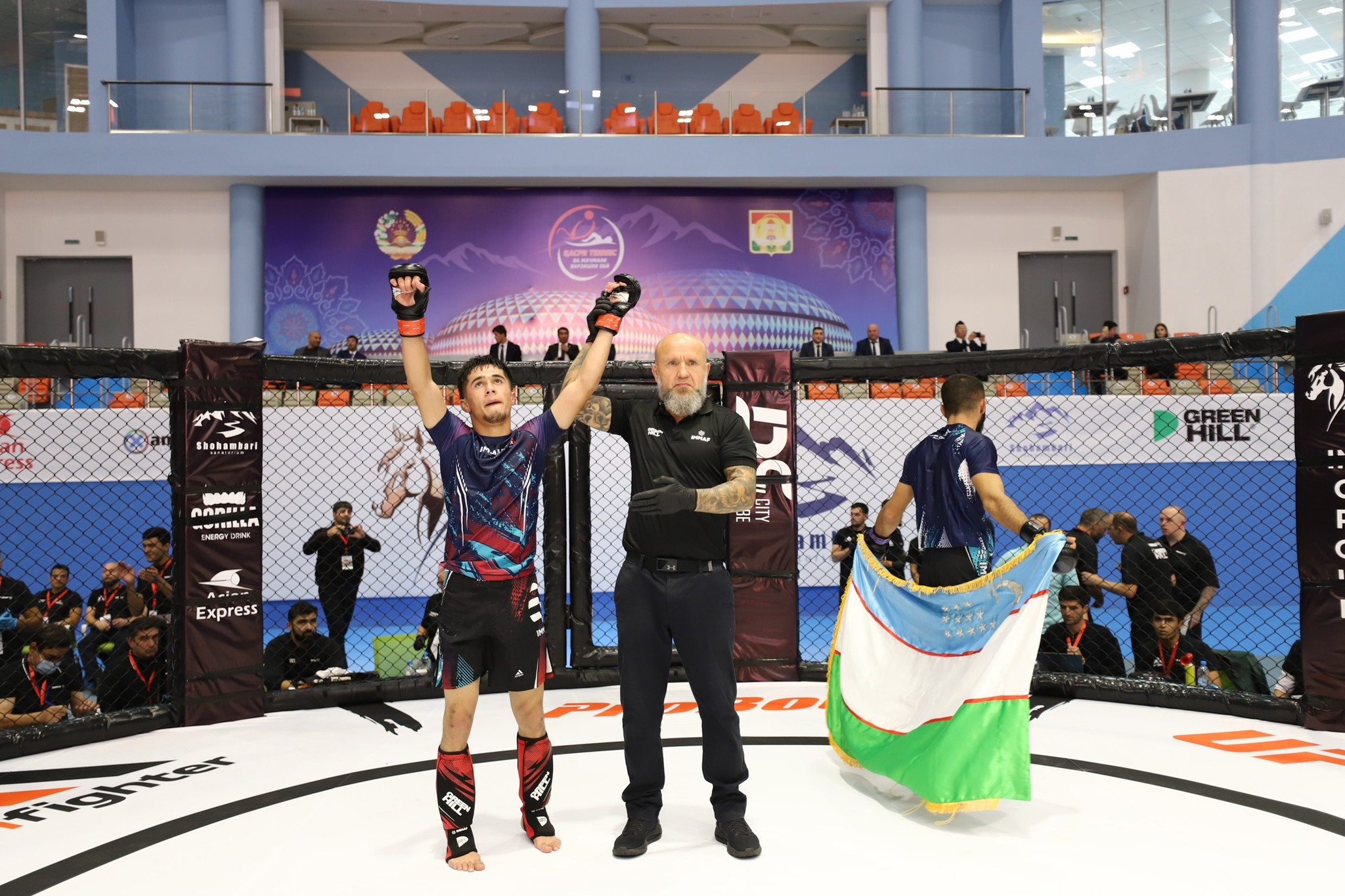 The quarter-final final line-ups for the men's strawweight, featherweight, bantamweight and middleweight divisions have been completed at the International Mixed Martial Arts Federation Asian Championships in Tajikistan.

Home fighters Mirzobek Umarov and Mehrojjon Mirzoev were among the winners on the opening day of action at the Kasri Tennis Va Machmaai Varzishi Ob in Dushanbe.

The only bantamweight bout saw Umarov overcome Rajab-Ali Murodov of Uzbekistan to advance to the last eight.

Tajikistan enjoyed a further win when Mirzoev defeated Sanzhar Zhaxylykbayev of Kazakhstan to set up a quarter-final meeting with Bahrain’s Sultan Omarov, who was one of several fighters to be given a bye to the next round.

Odil Sayfiddinov gained another win for Uzbekistan when he beat Tajikistan’s Shohjahon Karimov to move through to the last eight of the strawweight class.

Samnon Muhib Ahmadi of Afghanistan also progressed to the strawweight quarter-finals with victory over Arslan Abbasi of Pakistan.

The featherweight division saw Shukurjon Rustamov of Uzbekistan beat Yerkebulan Begassyluly of Kazakhstan and Mohammad Javad Kayedgap of Iran down Mayur Prasad of India in the two first-round clashes.