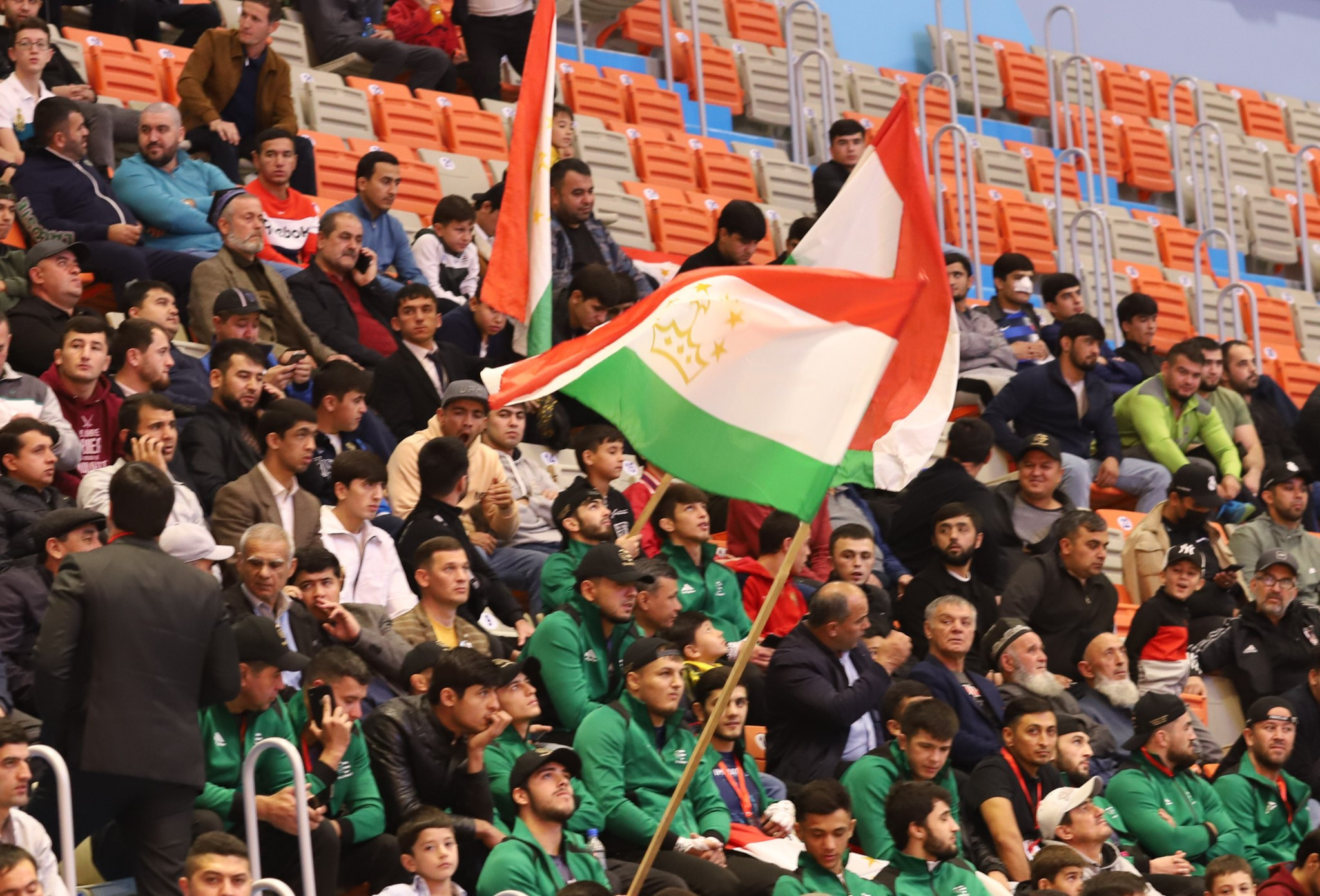 Tajikistan's athletes were in formidable form on the penultimate day of the International Mixed Martial Arts Federation (IMMAF) Asian Championships as 11 of the country's senior fighters were victorious in their semi-finals in Dushanbe.

The home stars were willed on by a fervent crowd which saw Manuchehr Rioev defeat Uzbekistan's Zafar Rashidov with just 27 seconds remaining of the 9-minute semi-final in the men's under-65.8-kilogram competition.

The Tajik sealed the win with a triangle choke which forced the submission to thrill the crowd again after his compatriot Isomiddin Zokirov's opening-bout loss to Shukurkon Rustamov of Uzbekistan in the same division.

Another all-Tajik bout was scheduled in the men's under-61.2kg event, but the win was awarded to Mirzobek Umarov after Shoymard Abdulnazarov failed a medical exam before the beginning.

Some heavy punches and smooth submissions were on display in the #2022MMAAsia Semi-Finals. Check our some of our top picks below ? pic.twitter.com/bMRlL0G3rX

He will face team-mate Akrom Uzakov in the gold medal match following a unanimous points decision victory against Salauat Kabi of Kazakhstan.

Another unanimous decision from the judges in the next bout saw Tajikistan's Masud Odinaev see off Neimat Assadov of Kazakhstan in the men's under-70.4kg class.

Competition is set to continue tomorrow in the capital with the medal matches.