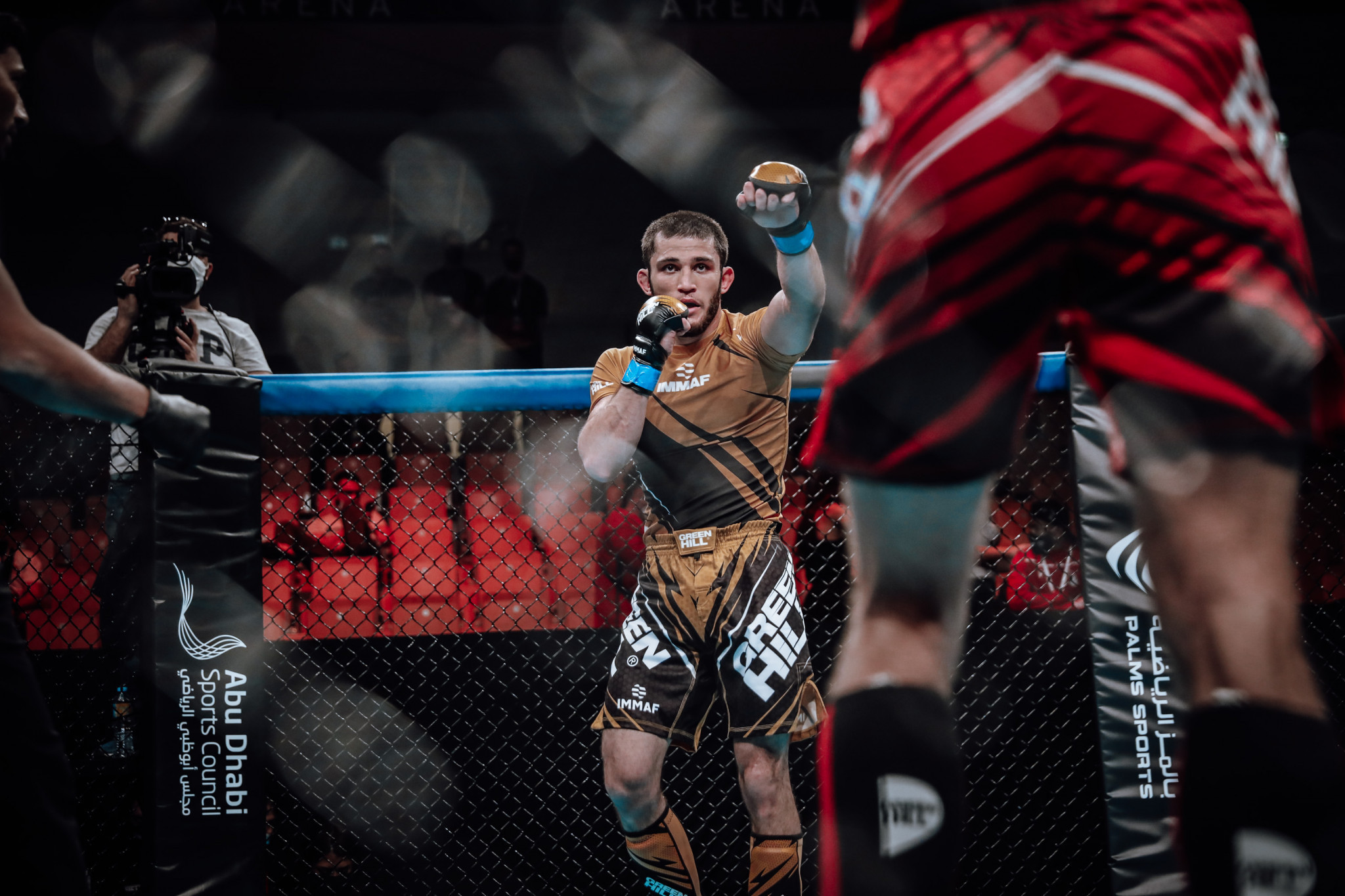 The best pound-for-pound fighters in the world have both been named for the International Mixed Martial Arts Federation (IMMAF) Asian Championships in Dushanbe.

Bahrain has selected both Ramazan Gitinov and Sabrina Laurentina De Sousa for the event in the Tajikistan capital.

Gitinov is the reigning and back-to-back world welterweight champion while De Sousa has won the last two world titles in the women's featherweight division.

Brazilian-born De Sousa looks set to be crowned as Asian champion without a contest, however, as she is listed as the only entry.

In 2021, Gitinov, who like many other mixed martial arts stars was born in Dagestan, and De Sousa both won European Open titles in Kazan.

Another Bahrain star to watch will be two-time world champion and sambo star Pasha Kharkhachaev in the men's super heavyweights.

His team-mate Rasul Magomedov completed a unique hat-trick by winning the World Cup, European Open and World Championships in the heavyweight category, and will now be looking for Asian gold too.

More than 170 athletes from 13 countries are due to compete in total between October 27 and 30, at the Kasri Tennis Va Machmaai Varzishi Obi.

Hosts Tajikistan have selected world welterweight silver medallist and World Cup champion Jovidon Mahmudov to provide a challenge to Gitinov, as well as Otabek Rajabov, a rising star in the junior bantamweight ranks.

In the men's middleweight, Jordan's World Cup champion Hazem Kayyali will be among those to watch.

Turkmenistan will enter a senior IMMAF event for the first time, with Yusup Dovranov competing in the men's featherweight category.

The full team announcement can be found here.