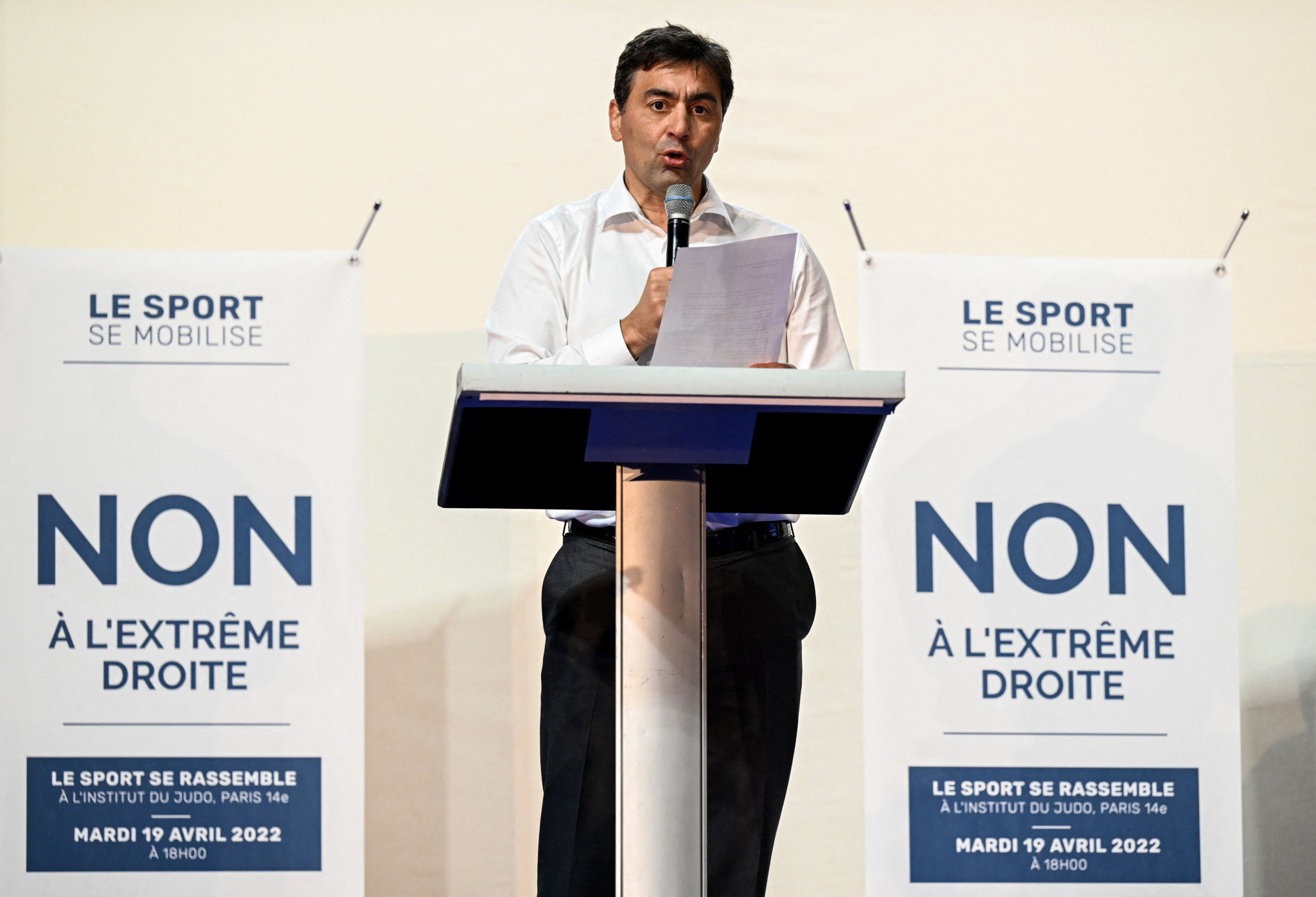 France Judo President Stéphane Nomis has accused the French National Olympic and Sports Committee (CNOSF) of a lack of transparency in the appointment of Nathalie Péchalat as présidente déléguée of Club France.

Péchalat, the former President of the French Ice Sports Federation, is set to lead the organisation of the Club France facility that will be the CNOSF’s hospitality and meeting hub during the Paris 2024 Olympics.

However, the process to appoint the three-time Olympian has been criticised by Nomis.

French newspaper L’Équipe has published a letter from Nomis addressed to CNOSF President Brigitte Henriques and other key officials at the organisation where he said he was "very disappointed" and "surprised" by the Club France announcement.

Nomis insisted that he was not against Péchalat getting the role but said he was unhappy over a lack of consultation.

"We held a meeting to demand more transparency, democracy and communication, but nothing at all," Nomis wrote.

"You name Nathalie (it's not her that's the problem!) without our opinion; a phone call, an exchange, it is surely too much to ask you?

"At least one message in this group.

"I thought we were all concerned by the Olympics and especially the federations that took part in these Summer Olympics, but in fact, I can see that you have nothing to do with it... no consultation, no advice, no request."

Nomis said he would "do everything to organise our France Judo club" as he claimed that "we are not part of your family of Olympic elected officials and your decisions for the Summer Olympics".

"You will have your Games, and we will have ours," Nomis added.

"Your words will never compensate for your actions, France Judo will manage without you."

Nomis' comments come in the wake of a feud between Henriques and sacked secretary general Didier Séminet that has plunged the CNOSF into a governance crisis.

The dispute resulted in Séminet being axed from his role last month and Henriques filing a complaint for "psychological violence" against the Frenchman.

Henriques has taken a sick leave, entrusting CNOSF vice-presidents Jean-Pierre Siutat and Sébastien Poirier, treasurer Michel Caillot and newly-appointed secretary general Astrid Guyart with carrying out Presidential duties while she is away.

Péchalat, who competed in ice dancing at the 2006, 2010 and 2014 Winter Olympics, became French Ice Sports Federation President in 2020 before the losing role after being beaten by Gwenaëlle Noury in a Presidential election this year.

Speaking to French radio station RMC Sport, Péchalat insisted she was "not afraid" to take on the role of présidente déléguée of Club France amid criticism of the CNOSF leadership.

"I manage to gain perspective and discuss all the stakeholders to succeed in having the most unifying, unifying project in order to be able to listen to all the parties," said Péchalat.

"With Stéphane we talk a lot, we get along well.

"[That] does not mean that we agree on everything.

"We have real discussions and I am happy that we can record them within the framework of this Club France Paris 2024.

"It is an extremely important project, it is the epicentre of the Olympic Games for the French sports movement so yes, I hope he has high expectations and that we will all be able to work constructively together."