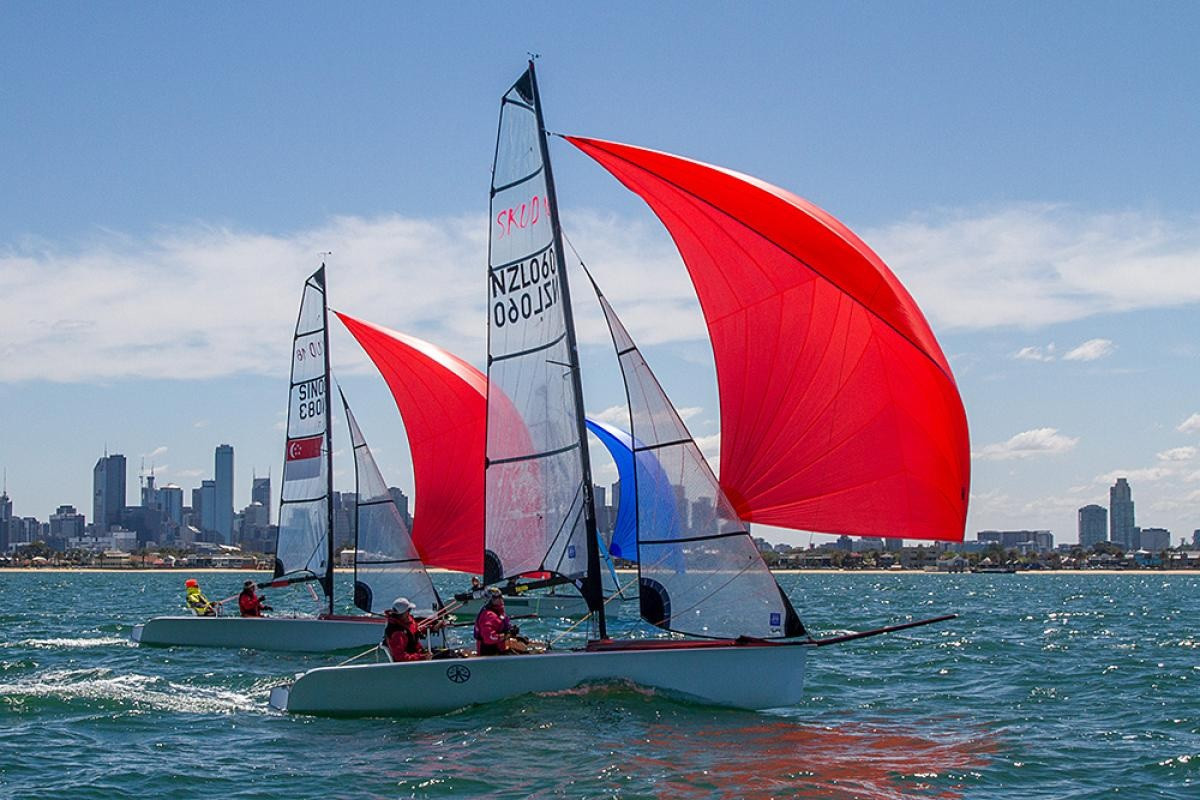 Piotr Cichocki and Olga Górnaś-Grudzień ensured a golden double for Poland at the Para World Sailing Championship in Hiroshima in Japan - an event hailed as a Para sailing milestone for the host nation.

The Polish pair triumphed in the men's and women's Hansa 303 single-person classes, while Vera Voorbach of The Netherlands retained the Hansa Liberty class crown at the Hiroshima Kannon Marina.

Cichocki finished in the top three in four of the five races, winning the third of those as he defended the men’s Hansa 303 single-person class title.

Second place went to Gauthier Bril of France, with Takumi Niwa of Japan securing bronze after winning the penultimate race.

There was also delight for Górnaś-Grudzień who won the last of the five women’s Hansa 303 single-person class races to seal top spot.

A dominant display from Voorbach saw the Dutch sailor emerge victorious from the Hansa liberty class.

Voorbach won three races and came second in the other three as she stormed to victory in Hiroshima.

Cristina Rubke of the United States clinched silver, edging out New Zealand’s John Buchanan who had to settle for bronze.

A total of 114 athletes from 13 countries competed at the Para World Sailing Championship that was held alongside the Hansa Class Asia Pacific Championship.

World Sailing said it had worked closely with officials as senior as Japan's Prime Minister Fumio Kishida and local Para sports and education organisations to map out a course for Para sailors.

"Sailing is an inclusive sport that anyone can enjoy regardless of gender, age or ability," said Masuhiro Baba, President of the Japan Sailing Federation.

"These championships are powerful - we are spreading the appeal of sailing to the world, increasing its value as a lifelong sport and showing that Para sailing can help create an inclusive society that recognises diversity."

World Sailing is aiming to secure the sport’s inclusion at the Los Angeles 2028 Paralympic Games.

Sailing had featured as a medal event at every edition of the Summer Paralympics since Sydney 2000 but was dropped from the programme after Rio 2016.

"Japan has finally been recognised on the world Para sailing stage," added Niwa.

"Now, as a nation - and as we look to the next Paralympic Games in Los Angeles - we have a major opportunity to strengthen the Japanese team."