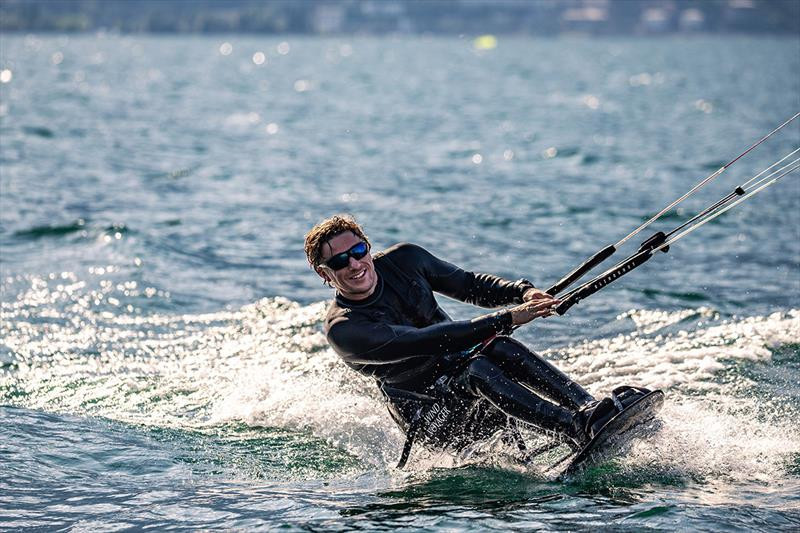 World Sailing’s inaugural Para kiteboarding clinic held at Lake Garda in Italy has raised hopes of further growth in the discipline a week before the sport submits its application for re-entry to the Paralympic Games in 2028 as the culmination of a campaign launched last October.

"The appeal of kiteboarding as a Para sport, with its fast action, adrenalin-fuelled tricks and easy adaptability, is clear," World Sailing chief executive David Graham insisted.

"It's clear from this programme and the discussions we’ve been having with athletes and coaches around inclusion, development, racing and safety that Para Kiteboarding has a strong foundation and a big future to develop," he added.

"We’re seeing athletes with wide-ranging physical needs, using equipment that is easily adapted for kiteboarders with prosthetics as well as seated athletes."

Eleven coaches and sailors drawn from seven countries took part in the event at the Univela Sailing Club in Campione del Garda.

Australia, France, Germany, Iran, Italy, The Netherlands and United States were all represented in sessions held in the classroom and on the water.

American army veteran Frances Osorio Rivera, a below-the-knee amputee who has become a kiteboarding instructor, was among those who joined the sessions.

"It's been intense, we've been on the water from 7am, then back in the classroom, hammering out frameworks for what Para kiteboarding could look like on a global, organised scale," Osorio Rivera said.

"For any Para athlete, coming to an event like this and developing as a racer, it's a game-changer."

A motorcycle accident five years ago left Willem Hooft of The Netherlands in a wheelchair, but he broke a world sit kiting record in Cape Town last year.

World Sailing is organising the first ever Para kiteboarding clinic in Campione del Garda, Italy. Check it out ? ➡️

"Despite regularly hearing that my plans to kiteboard were not realistic - too difficult to learn and the risks too big for someone in a wheelchair, I decided to go for it," Hooft said.

Massimo Dighe, a Paralympic sailor in 2012 who has since been World Para Sailing manager is set to join the International Paralympic Committee at the end of this week, was full of praise for the clinic.

"This first Para Kiteboarding Development Programme has given us the opportunity to dig deep into organising the sport on a global level - as soon as we’re finished here, we’ll be planning clinics around the world, so athletes and coaches can take part easily," Dighe said.

"Sailing and kiteboarding as seen here is incredibly adaptive.

"By focusing on development we are well on our way to increasing world wide para sailing participation."

Forty-five nations on five continents are expected to take part in the sport by 2023, but it was taken off the Paralympic programme after 2016.