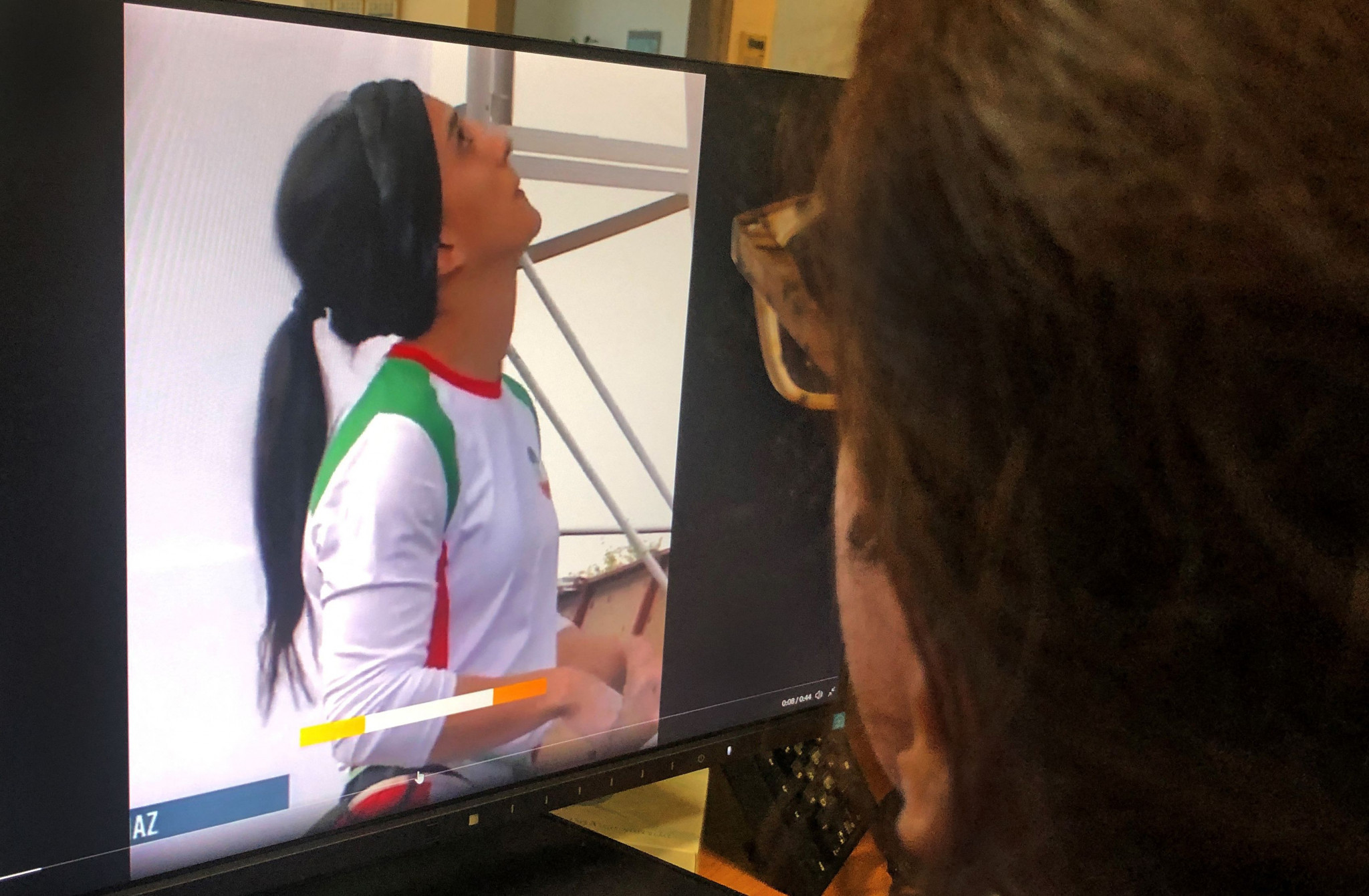 The International Federation of Sport Climbing (IFSC) have said they have received assurances that Iranian climber Elnaz Rekabi "will not suffer any consequences" after she was seen competing without a hijab at the IFSC Asian Championships in South Korea.

Rekabi returned home to Tehran on Wednesday where she was greeted by a large crowd at the airport.

She was met by her family and handed several bunches of flowers.

It was reported that those in the crowd had chanted "Elnaz is a heroine".

Her hair was covered with a black baseball cap and hoodie.

"The IFSC received clear assurance that Ms Rekabi will not suffer any consequences and will continue to train and compete," an IFSC statement said.

"After the meeting a phone conversation also took place between her, the IOC, the IFSC and the Iranian National Olympic Committee."

Rekabi had said in an social media post on Instagram that her hijab had fallen off "inadvertently".

The claim was repeated in an interview for state television at the airport.

"I was suddenly and unexpectedly called on to compete while I was at the women's locker room," Rekabi told the interviewer.

It's 5am in Iran and yet a sizeable crowd has gathered at Tehran's Imam Khomeini Airport to welcome Elnaz Rekabi, a female climber who competed without a hijab in Seoul and was subsequently censured and forced into an apology by Iranian authorities.
? @Hkh_Hossein#مهسا_امینی pic.twitter.com/vmGHX6vIYZ

"I was busy wearing my shoes and fixing my equipment and forgot to wear my hijab, which I should have worn."

Iranian women are required to cover their hair with a headscarf and their arms and legs with loose clothing.

Female athletes are expected to do so when they are officially representing Iran in competitions abroad.

Rekabi spoke of "some extreme reactions" to the video of her appearance sporting a ponytail.

She admitted "feeling stressed and tense".

"Thank goodness, I've returned to Iran in good health and safe, and I apologise to the Iranian people for the confusion and concerns," she added.

Concerns were raised that the interview had been made under duress.

The IFSC have pledged to keep a close watch on developments.

"The IFSC, in close coordination with the IOC, the Iranian National Olympic Committee, and the IMSCF, will continue monitoring the situation and will wait for her to return to the IFSC circuit of events at the beginning of the 2023 season," the International Federation said.

The incident coincided with protests against the wearing of the scarf following the death of Mahsa Amini in police custody.

She had been arrested for not wearing a hijab.

It was made compulsory for women to wear the garment in public after the 1979 Islamic revolution.