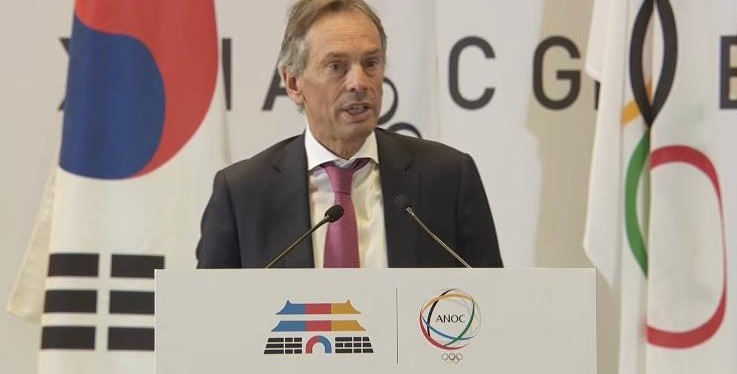 The IOC has revamped the process of awarding hosting rights to the Olympic and Paralympic Games, moving away from a traditional bidding process in favour its Future Host Commission identifying and proposing its preferred candidate from interested parties to the Executive Board.

Brisbane 2032 became the first Games awarded in this manner, and the 2036 edition is the next Summer edition without a designated host.

Belgian official De Kepper revealed on the second day of the ANOC General Assembly in the South Korean capital Seoul that the IOC is in talks with 10 National Olympic Committees over their interest in hosting a future Olympic Games.

However, he said that the 10 projects are at "very different stages".

"In respect of the Summer Games, we are currently working with 10 interested NOCs and regions across four continents, without making any commitment and using minimal resources," De Kepper said.

"Taking full advantage of the flexibility of the new approach, these projects are at very different stages, and are developing their ambitions according to their own regional or national timelines.

"The outlook for future Games thanks to these reforms is very positive."

Coinciding with its staging of the ANOC General Assembly, South Korea was the latest country to publicly declare that it is considering a bid for the 2036 Olympics and Paralympics.

No firm timeframe has been announced by the IOC on when it hopes to award the 2036 Games.

For the 2030 Winter Olympics, it has targeted the election of a host at next year's Session in Mumbai, which has been delayed to September or October due to governance issues at and the threat of suspension of the Indian Olympic Association.

Vancouver, Sapporo and Salt Lake City are all in contention for the Games in eight years' time, and De Kepper said plans remain on track for a host to be decided next year.

"As part of this dialogue, the IOC is conducting a thorough feasibility assessment of each project to inform the work of the Future Host Commission of the Winter Olympic Games," De Kepper said.

"The Future Host Commission, chaired by IOC member Octavian Morariu, will meet in November to review the feasibility assessments with a view to the opening of a targeted dialogue for the Olympic Winter Games 2030 to be in a position to elect a host for 2030 at the 140th IOC Session, which is planned to be held in October 2023."

The IOC's new approach to awarding hosts for future editions of the Olympic Games has divided opinion and faced some criticism over a perceived lack of transparency.

Those claims are rejected by the IOC, which argues that the process promotes flexibility and enables the hosting of the Games to be opened to a wider range of interested parties.

De Kepper claimed that it had proved popular among NOCs.

"Interested NOCs have told us that they appreciate the reforms of this new approach, in particular the fact that it helps them to reduce costs, to supersize the benefits for their communities and to keep their Games vision relevant, exciting and forward thinking," he said.

A video was then played to delegates featuring praise from Australian Olympic Committee chief executive Matt Carroll, and the Australian vice-president of the IOC John Coates - who is viewed as instrumental in the reforms - both offering praise in the context of Brisbane 2032.