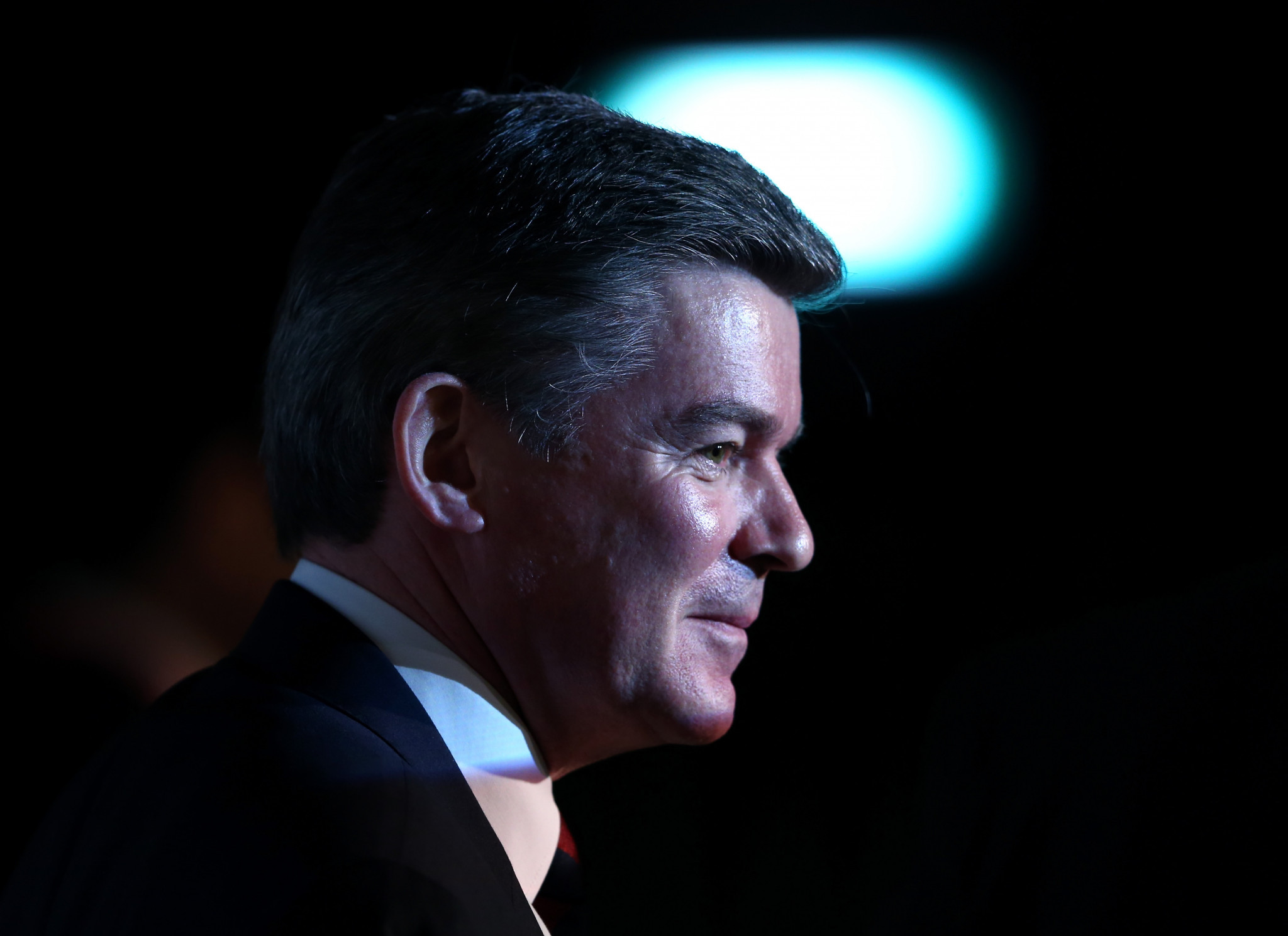 Next Wednesday (July 27), the 10th anniversary of London’s spectacular Olympic Games of 2012 - ranking alongside those of Sydney 2000 and Barcelona 1992 - will be celebrated at the City’s Guildhall.

Two weeks ago Sir Hugh Robertson, chairman of the British Olympic Association (BOA), spoke with International Olympic Committee (IOC) President Thomas Bach at its Lausanne headquarters over the process about a possible bid for Britain's fourth Olympic hosting in 2036 or 2040.

The BOA made it clear they had no involvement in earlier statements from London's City Hall and Government about potential future bids, but left Lausanne in the knowledge that any future bid would need to engage with the IOC's 2020+5 Agenda process.

Robertson is cautiously unspecific - not necessarily London, which is being mooted in political manoeuvre by the city's Mayor Sadiq Khan.

The advent and magnitude of IOC constitutional reformation, launched by Bach, has opened the potential for multi-city and indeed regional Games - as with the inaugural Brisbane 2032, elected 11 years hence immediately prior to Tokyo’s postponed Games in 2021.

Could the BOA be contemplating advancing Boris Johnson’s northern red-wall levelling-up with a Manchester-Liverpool or Newcastle-Gateshead-Leeds regional consortium, in the wake of the controversial contractual future of London’s 2012 main Stratford Stadium?

The dynamic of Bach’s essential modernisation of IOC format - having become increasingly stagnant but now embracing at Tokyo and Beijing’s 2022 Winter Games, contemporary "street" sports for evolving youth such as skateboarding - has arguably rescued the organisation from its own traditional inhibitions.

Bach is widely criticised as an autocrat.

Yet 40 years ago, a frustrated, retiring IOC President Michael Killanin told me: "Any important IOC decision should be taken by a committee of uneven number… and three is probably too many!"

The late Francois Carrard, noted Swiss legal eagle and IOC director general for 15 years, observed: "Without Thomas Bach’s innovations, the IOC would not have survived another 20 years."

These issues are the main substance of my just-published Igniting The Games - The Evolution of the Olympics and Thomas Bach’s Legacy.

Enthusiastic but necessarily confidential about early explorations with the IOC, Sir Hugh emphasises that there is no current collaboration with London for a repeat.

This is precisely the objective of Bach’s election manifesto back in 2013, with Agenda 2020’s 40  scheduled administrative revisions, leading specifically to the establishment of two Future Host Commissions: these designed to enable potential bid cities to evaluate together with the IOC their existing capability, avoiding white elephant new construction, regarding their competitive arenas, thereby reducing election campaign budgets by 80 per cent.

"We needed to end financially exorbitant inter-continental campaign presentations in which there were five losers and one near-bankrupt winner," Bach insisted.

Mayor Ken Livingstone backed London in 2005, photo-finish winners over Paris, "not for two weeks of sport, but to get Government funding for renovating the East End".

The potential scope for Britain has now become hugely expanded, as Brisbane has demonstrated with Games events spread across six regions of Queensland: 22 in Brisbane, six in the Gold Coast, four on the Sunset Coast, three in other regions and football in Sydney and Melbourne.

There have previously been two failed provincial British bids: by Birmingham in 1986 and Manchester in 1993, respectively led by Labour’s Minister of Sport Dennis Howell and entrepreneur Bob Scott, neither were in the race against winners Barcelona and Sydney.

The 1986 competition, awarded a televised climax by then President Juan Antonio Samaranch, became a quadrennial drama that ultimately led to corrupt voting which almost sank the IOC in the 1998 Salt Lake City scandal, and by the election of 2015 for the Winter Games of 2022 saw five major bidders withdraw in the face of public financial criticism.

The 126-year history of the IOC is littered with administrative friction, currently the appalling crisis in Ukraine and Russia’s likely exclusion from Paris 2024.

Two World Wars, three boycotts and other political frictions have compromised or cancelled 14 of the 32 Summer Games and five of 23 Winter Games.

It was with profound social foresight that, at the final banquet of London’s first hosting in 1908, Robert de Courcy-Laffan, British IOC member from 1897 to 1927, asserted: "The IOC sets great ideals.

"We cannot expect these will survive a decade, let alone a century.

"This is the beginning of a movement none can predict the ultimate achievement… I must warn future hosts to be prepared for times of trial."

Over a century later, Thomas Bach’s verdict has been "change or be changed if we are to sustain global universality".

To order a copy of Igniting The Games - The Evolution of the Olympics and Thomas Bach’s Legacy click here.