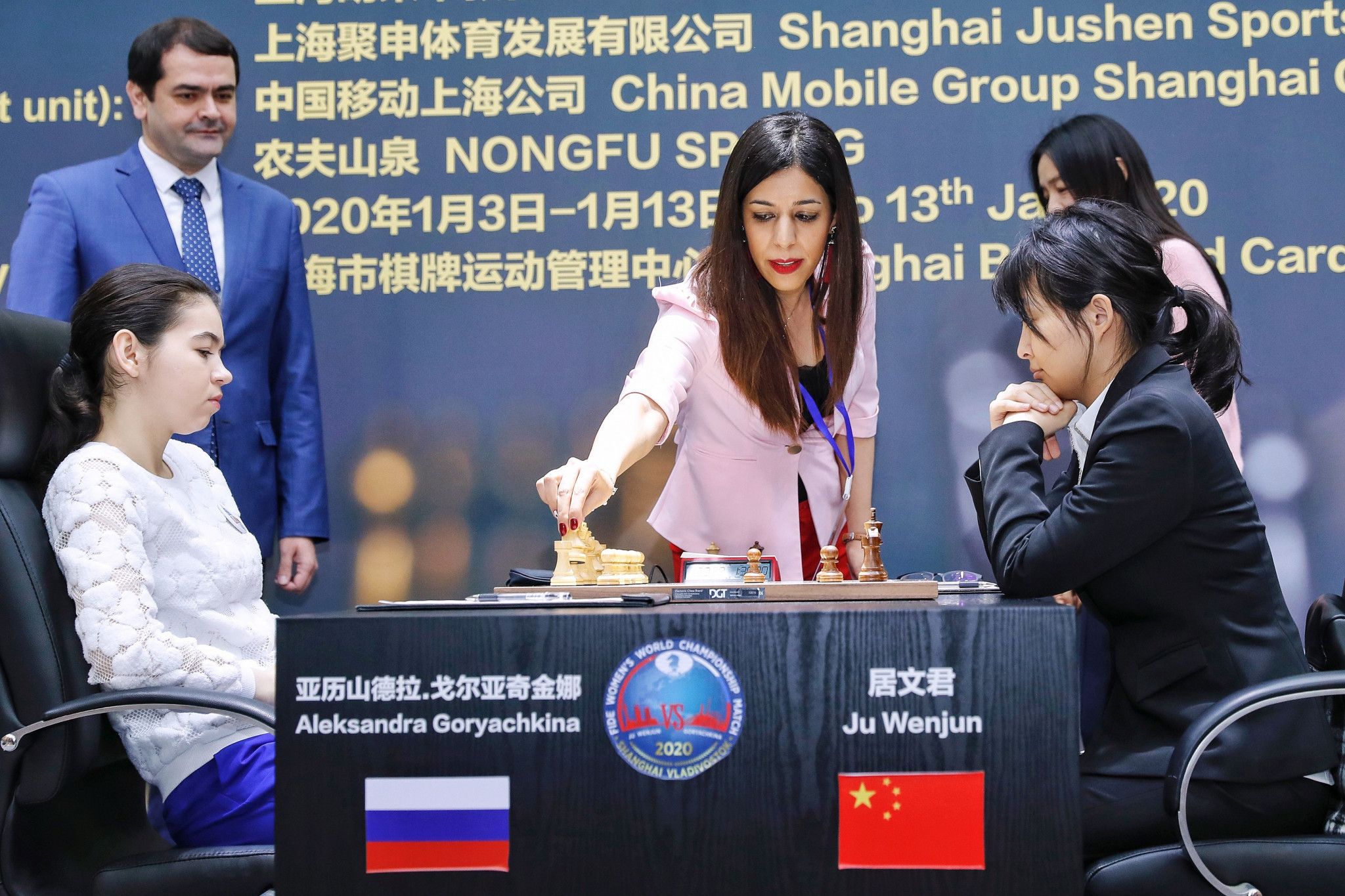 Women's World Chess Championship chief arbiter Shohreh Bayat has refused to return home from Iran, after she was criticised for allegedly not wearing a hijab during the tournament.

Photographs were circulated showing Bayat wearing a headscarf around her shoulders while officiating in Shanghai, as reported by BBC News.

Having seen the criticism directed towards her on Iranian social media, Bayat decided she had nothing to lose and did not wear the headscarf all together.

She also decided it would be unsafe to return to Iran, with the regime often imprisoning women who do not wear a headscarf.

"I turned on my mobile and saw that my picture was everywhere," Bayat said.

"They were claiming I was not wearing a headscarf and that I wanted to protest against the hijab.

"There are many people in prison in Iran because of the headscarf, it's a very serious issue.

"Maybe they'd want to make an example of me."

The Chess Federation of Iran reportedly asked Bayat to write a statement about the incident, but she refused.

The International Chess Federation have not commented officially, as Bayat is not breaking any of their rules.

She has been praised by the organisation, however, due to her role as the only female senior arbiter in Asia.

Bayat is currently in Vladivostok in Russia for the second leg of the World Championships.

According to Chess.com, a number of Iranian chess players have also defected over the past few years.

Top-ranked junior Alireza Firouzja now lives in France after being told Iranian players could not feature at the World Rapid and Blitz Chess Championships in order to avoid playing Israelis.

Previously, the Chess Federation of Iran had forced Firouzja in the 2019 Grenke Chess Open.

The 15-year-old Borna Derakhshani was removed from the Iranian national team in 2017 for playing Israel's Alexander Huzman in the Gibraltar Chess Festival.

Bayat's decision comes during the same week that Iran's only female Olympic medallist, Kimia Alizadeh, defected from the country.

She criticised the regime's "hypocrisy, lies and injustice" and claimed the Iranian authorities had used her achievement, a taekwondo bronze medal at Rio 2016, for political gain.

Before that, judoka Saeid Mollaei defected to join the Mongolian team.

He was ordered to withdraw from the World Judo Championships in Tokyo last year, where he was defending his under-81 kilograms title, to avoid the possibility of facing Israel's Sagi Muki.