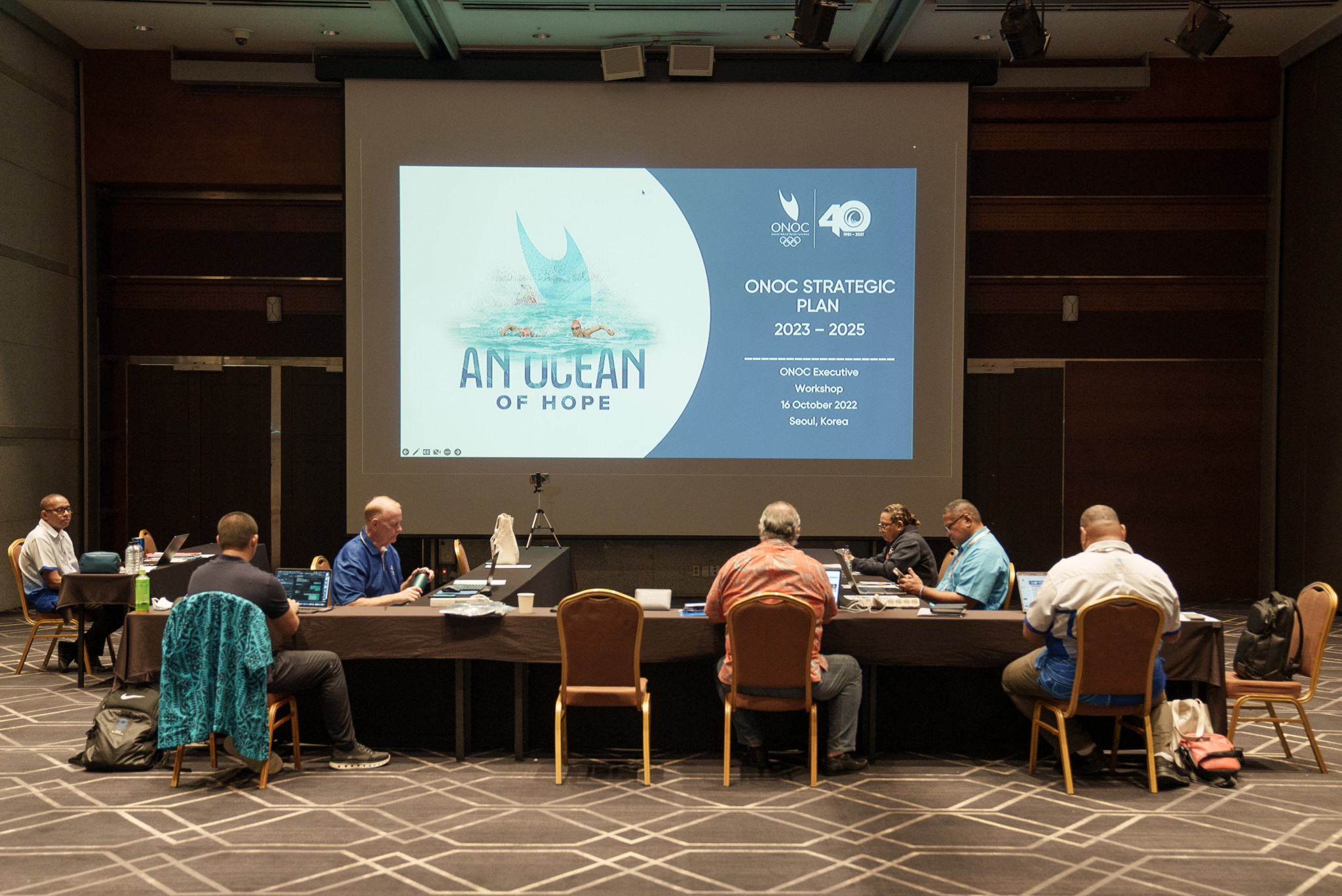 ONOC's Strategic Plan that was initially due to run up until 2021 was approved back in 2018, covering key goals including building and strengthening National Olympic Committee capacity, providing training and development for athletes, coaches and administrators, and promoting Olympic values.

This has now been extended for another year to 2022, which ONOC said aligned with the International Olympic Committee's (IOC) Olympic Agenda 2020+5 "in an effort to organise strategic activities at the continental level".

The Workshop also discussed proposals for the ONOC Strategic Plan 2023 to 2025, presented under the banner "An Ocean of Hope" and carrying the continent through Paris 2024.

Executive Board member Takitoa Taumoepeau told insidethegames that work is "ongoing", but that the workshop proved productive.

The ONOC Executive held a Strategic Plan Workshop ahead of the 26th General Assembly of ANOC in Seoul, Korea.

"We can agree on a lot of the work put into it [the Strategic Plan 2023-2025], but we have also been given some homework," the Tongan official said.

"Work has been done by consultants, members and stakeholders, and we can agree with a lot of it."

ONOC has also recently launched a 10-year plan called "Creating a Home Games Advantage for the Pacific Islands 2022-2032", aiming to deliver up to a five-fold increase in the number of Olympic medals won by the continent's nations at Brisbane 2032.

Members of the Executive Board including ONOC President Robin Mitchell gathered in South Korea's capital Seoul for the Workshop.

Mitchell, an IOC Executive Board member, has served as Acting President of ANOC since 2018, and is set to be elected to a full four-year term on a permanent basis at the General Assembly on Thursday (October 20).