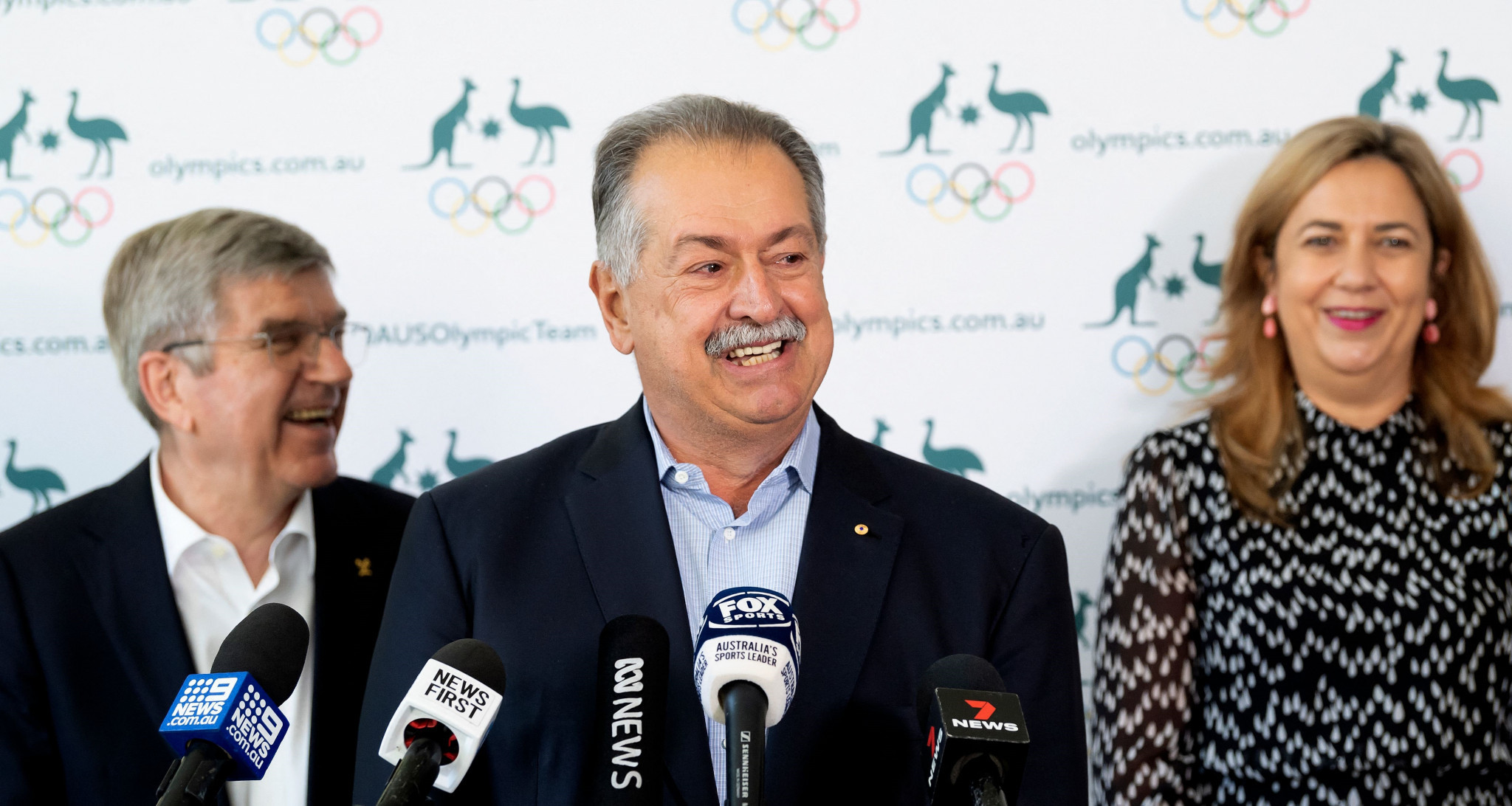 Brisbane 2032 President Andrew Liveris has met with Oceania National Olympic Committees (ONOC) counterpart Robin Mitchell, marking the start of what is promised to be a decade of collaboration between the organisations in the lead-up to the Olympic and Paralympic Games.

How to work together in the sectors of sport, trade, tourism, education and health was discussed, according to Liveris.

Brisbane 2032 is set to mark Oceania's first staging of the Olympics for more than three decades, with Sydney 2000 the last time the Games came to the region.

Australia is the only country in Oceania to have ever staged the Olympics - also doing so in Melbourne in 1956 - but officials from the International Olympic Committee (IOC) and ONOC have been keen to frame the event as one which can bring continent-wide benefits.

IOC President Thomas Bach claimed on a trip to Australia earlier this year that Brisbane 2032 "will be Games for the whole Pacific region".

We discussed how we can work together on elements including sport, tourism, education, health and trade.

This is the start of a collaborative partnership to ensure #Brisbane2032 is a Games for the whole region. pic.twitter.com/YURHJyV2mL

When Brisbane was awarded the 2032 Olympic Games at the IOC Session in Tokyo last July, Mitchell hailed it "a win for Oceania", claiming developing states in particular could benefit.

Sydney 2000 "led to the channelling of resources and support to small Pacific island countries" and "rapid growth of many National Olympic Committees", Mitchell added, expressing hope Brisbane 2032 could have a similar impact.

Liveris is the former chief executive of chemicals conglomerate Dow and has links to ex-United States Presidents Donald Trump and Barack Obama.

He was appointed Brisbane 2032 President in April and the Organising Committee hired its first two employees earlier this month.

However, three Board positions are up for grabs following Karen Williams' resignation - in a drink-driving storm - and two politicians appointed by former Prime Minister Scott Morrison being removed.