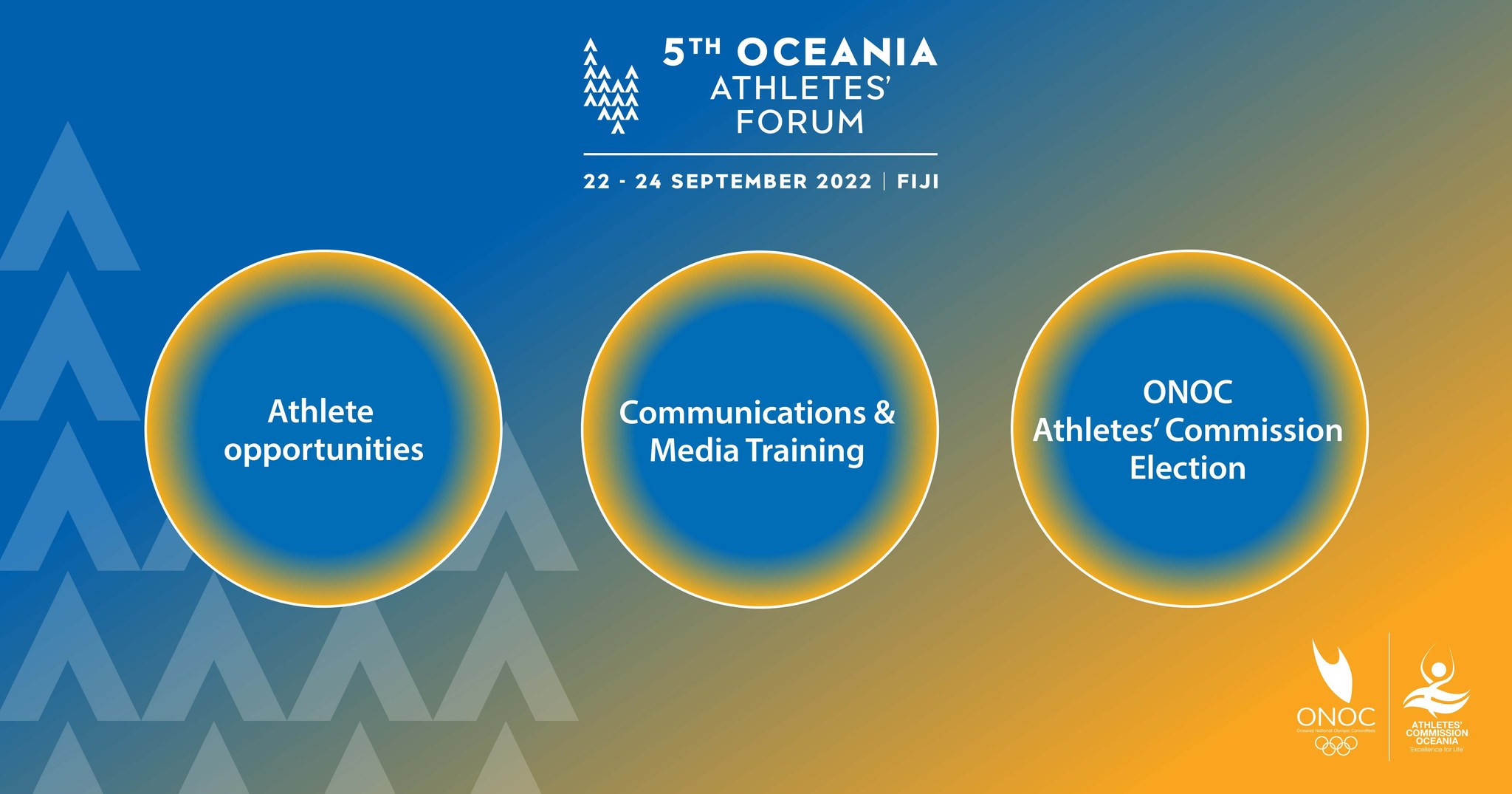 A three-day forum set to be attended by members of Athletes Commissions from 17 National Olympic Committees of Oceania is set to begin today.

The fifth edition of the forum is due to be held at Pacific Harbour in Fiji until Saturday (September 24) and is set to feature information and planning sessions, as well as communications and media training.

Chair of the Oceania National Olympic Committees (ONOC) Athletes Commission Karo Lelai said: "We have organised the forum into three components - information and planning sessions feature on the first two days and the final day has communications and media training which representatives requested as a priority through an online survey.

"The first day features information and reporting from the International Olympic Committee (IOC), the continental association which is the ONOC, and from the ONOC Athletes’ Commission where I will be reporting back to athletes.

"The second day focuses on athlete welfare opportunities, which begin at international level but cascade down to continental or regional Oceania level, but need active Athletes’ Commissions in countries to access and benefit athletes on the ground at National Federation level.

"It includes coverage of athlete safeguarding, human rights in sports, Olympic Solidarity Programme opportunities, protection of clean athletes which covers anti-doping, and information sessions from the World Olympians Association and the Pacific Games Council pointing to the Solomon Islands 2023 Pacific Games next year.

"This flow of information and reporting will help athlete representatives draft action plans to take back to their countries and develop into work plans."

The second day of the forum is set to feature elections for new leaders of the ONOC Athletes Commission, with Lelai set to step down from the chair role as she looks to pursue a growing legal career in the country.

The third day is due to feature communications and media training provided by ONOC, which is set to cover social media use and an introduction to communications product development.

The forum is due to conclude with a presentation featuring awards, and closing remarks from ONOC President Robin Mitchell.

Last year's edition of the forum was not able to take place last year due to the coronavirus pandemic.