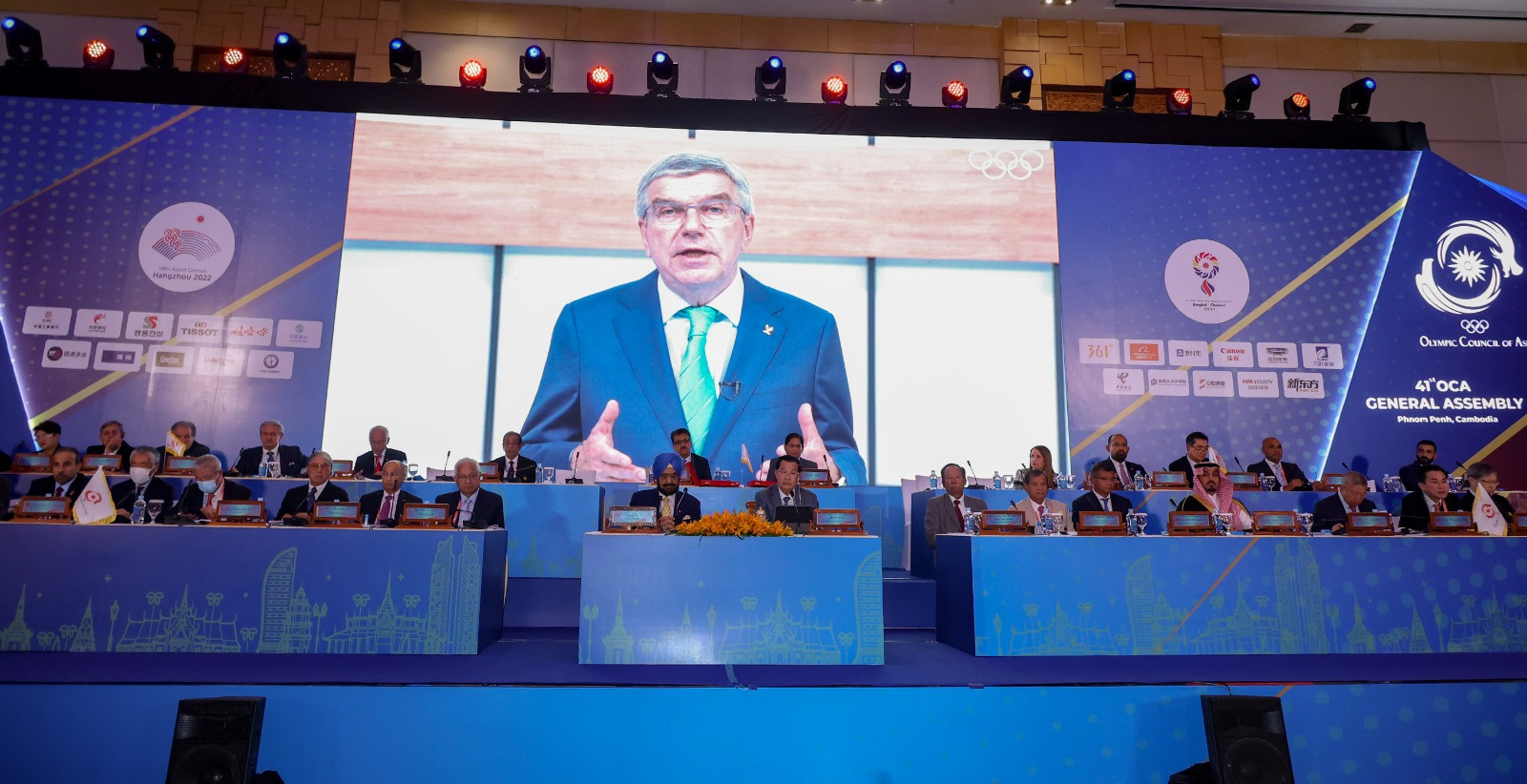 Asia has held the last two editions of the Winter Olympics in Pyeongchang in 2018 and Beijing earlier this year, with the delayed Tokyo 2020 Summer Games falling in between those events.

Addressing delegates at the General Assembly via a video message, German official Bach commended Asia for its work.

"With the unprecedented Asian cycle of three consecutive editions of Olympic Games now behind us, the Olympic community in all of Asia can look back with great pride," he said.

"This is why, as you gather for your General Assembly, I would like to express my thanks and gratitude for your great contribution to the success of this remarkable Asian Olympic cycle.

"Each of these Olympic Games faced unprecedented challenges, political conflict and tensions, a global pandemic that is still ongoing as we speak.

"And yet each, in their own unique way, these three successive Olympic Games editions have shown the remarkable energy, the dynamism, the resilience and can-do spirit for which we admire Asia so much.

"Your athletes have led the way in showcasing this spirit with their unforgettable Olympic performances."

Bach also urged representatives of National Olympic Committees to use sport as a means to promote peace in society.

"In these difficult times, with divisions and wars on the rise, we need this unifying power of sport to promote our Olympic values of peace and solidarity more than ever," he said.

"Building on these past successes, you have every opportunity at your General Assembly to set the course for the future of sport in Asia with great confidence.

"Let us not forget that this is happening at a time when all of us in the Olympic community must prepare for the post-pandemic future.

"Together with all of you, the IOC is ready to shape this new post-pandemic world with our shared Olympic values.

"This is why our Olympic Agenda 2020+5 is focused on strengthening the role of sport as an important enabler for the UN [United Nations] sustainable development goals.

"With Olympism 365 we now have a framework in place to even strengthen partnerships with NOCs [National Olympic Committees] and social development institutions in areas such as education, gender equality, climate action and many more.

"In this way we are joining hands to strengthen the role of sport in society, allowing us to even better pursue our shared mission to put sport at the service of humankind.

"This is why I would like to thank all of you at OCA, under the great leadership of your Acting President, Raja Randhir Singh, for leading the way to promote sport in society throughout Asia."

The IOC President has attended the European Olympic Committees and Oceania National Olympic Committees General Assemblies in person this year, but delivered his message virtually to the OCA's annual gathering, as he did for Panam Sports.