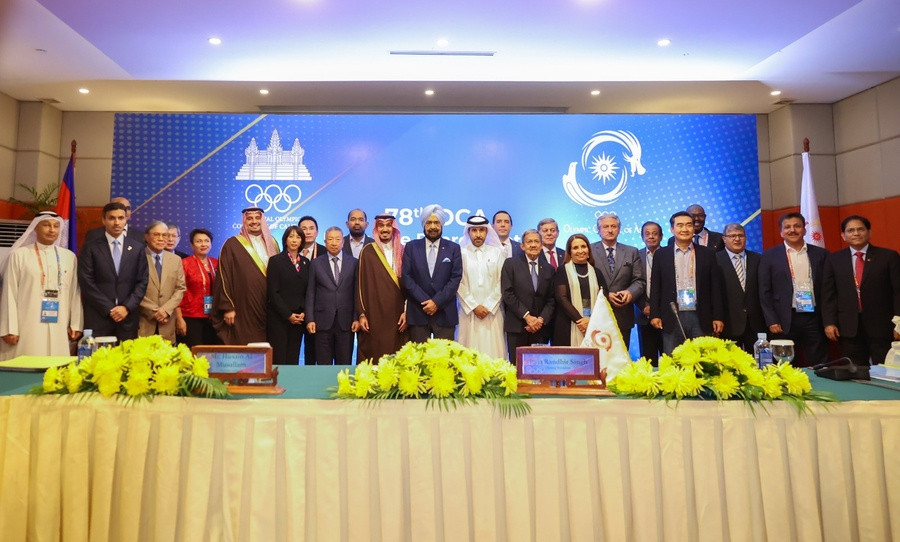 The Olympic Council of Asia (OCA) Executive Board has held a one minute's silence here to commemorate the victims of yesterday's disaster at an Indonesian top flight football match.

At least 125 people were killed in a stampede after police used tear gas to disperse fans of Arema FC lost who had invaded the pitch following a home defeat by rivals Persebaya Surabaya in Malang.

The horrific scenes have caused widespread shock among the global sporting community, with International Olympic Committee President Thomas Bach and his FIFA counterpart Gianni Infantino among those who have offered messages of condolences.

The OCA paid tribute to the victims at its Executive Board meeting held prior to 41st General Assembly.

OCA Acting President Raja Randhir Singh invited members to stand for one minute in silence at the start of proceedings.

"This was a terrible tragedy and we send our condolences for those who lost their lives on the football field," the Indian official said.

"We would like to observe a minute’s silence to show our respects."

Indonesian official Rita Sri Wahyusih Subowo serves as an honorary vice-president on the OCA Executive Board.

The country also held the last edition of the Asian Games in Jakarta and Palembang in 2018.

Competition in the Indonesian Liga I has been suspended pending an investigation following an order from President Joko Widodo, and Arema FC have been banned from hosting home matches for the remainder of the season.

The Indonesian Football Association has launched an investigation, and said that the disaster "tarnished the face of Indonesian football".

A crush was caused when thousands of people surged towards the exits of an overcrowded stadium after police tear-gassed fans who had invaded the pitch after the match.

Hundreds of people were injured in addition to the casualties.