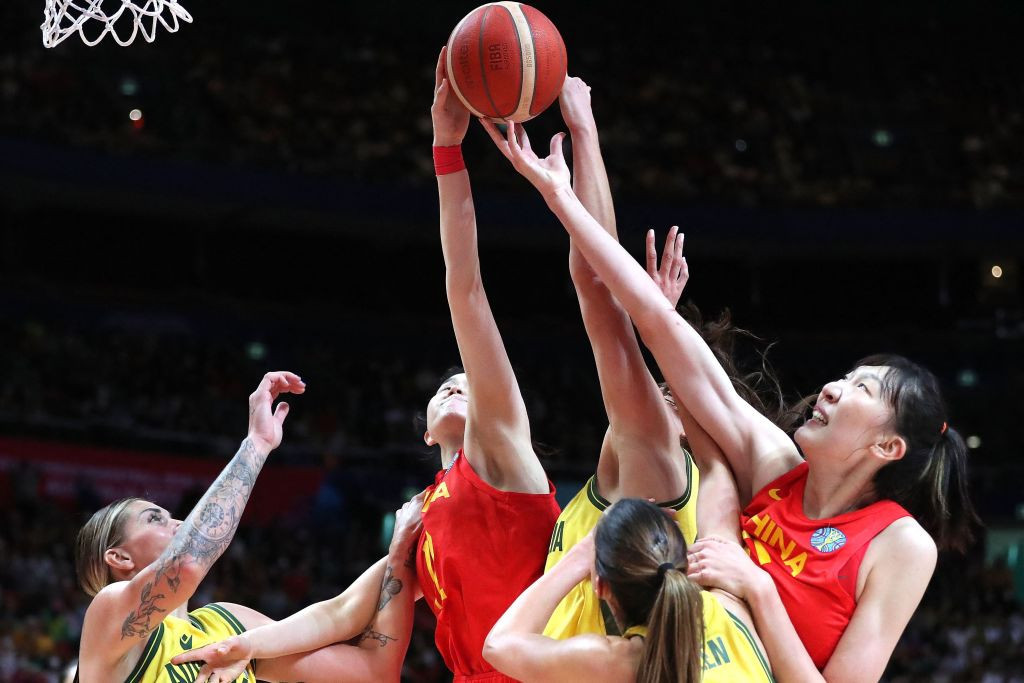 Hosts Australia fell agonisingly short of making a second appearance in the Women's Basketball World Cup final as they lost a dramatic semi-final 61-59 to seventh seeds China - watched by a crowd of 11,916 at the Sydney SuperDome.

With the score level at 59-59 going into the last few seconds, home guard Sami Whitcomb fouled Wang Siyu and the latter held her nerve to sink both free throws.

Having won bronze at last year’s Tokyo 2020 Olympics, China maintained glorious momentum in this quadrennial event and are now through to their second final ever, following defeat by Brazil in the 1994 tournament.

The Chinese, who had not even reached the semi-finals at the World Cup for 28 years, now face Olympic champions United States, record winners over Canada in their semi-final and seeking a fourth consecutive title.

China will not be without hope, however, having lost narrowly to the defending champions, 77-63, in their group match.

Australia, who took silver the last time this event took place in 2018, were desperate to match or better that performance and after an opening defeat by France they had put together an impressive sequence of victories.

They made an excellent start, taking the first quarter 17-13.

But the Chinese responded by taking a lead they would never - quite - lose as the won the second quarter 23-13, and although the home team rallied to take the concluding quarters 14-11 and 15-14 they could not regain the lead, even though they managed to draw level briefly.

Xu Han played the game of her life to guide China to the World Cup Final ???#FIBAWWC x @TCL_Global pic.twitter.com/5fJrMEAhho

Han Xu, who plays for New York Liberty in the Women's National Basketball Association, topped the scoring once again for China with 19 points, while her club-mate Whitcomb garnered 15 points for the hosts.

"I want more people to cheer for women's basketball," Han said after booking a place in the final.

"I'm very happy and tonight's game was a great game."

Australia's Cayla George reflected: "We only have a small time to reflect in the locker room right now.

"Then, as soon as we walk out of the locker room, it'll be a case of game on tomorrow for bronze against Canada."

Earlier in the day the US made their way through to the final with a dominant 83-43 win over Canada that set two records.

It was the biggest winning semi-final winning margin in the competition’s history, and the holders kept Canada to the lowest-ever points tally at this stage of the event, 10 points lower than the 53 scored by South Korea against Russia in 2002.

Breanna Stewart top-scored with 17 points for the defending champions as they took a grip on the game from the first quarter, which they won 22-7.

Canada, who had finished level on points with the hosts at the top of Group B, were unable to get on terms at any point in the match.

"That’s the beauty of USA basketball, we aren’t together for long but we know our goal and that’s winning gold," said US forward A'ja Wilson.

"We put everything aside and we just have fun with it.

"It’s just really locked in to be cohesive and having chemistry and we just let our talents do the rest."

The US are without one of their leading players in recent years, two-time Olympic champion Brittney Griner, who remains imprisoned in Russia after she was sentenced to nine years in detention on charges of drug possession.

Tomorrow’s final at the Sydney SuperDome will be preceded by a third-place match.