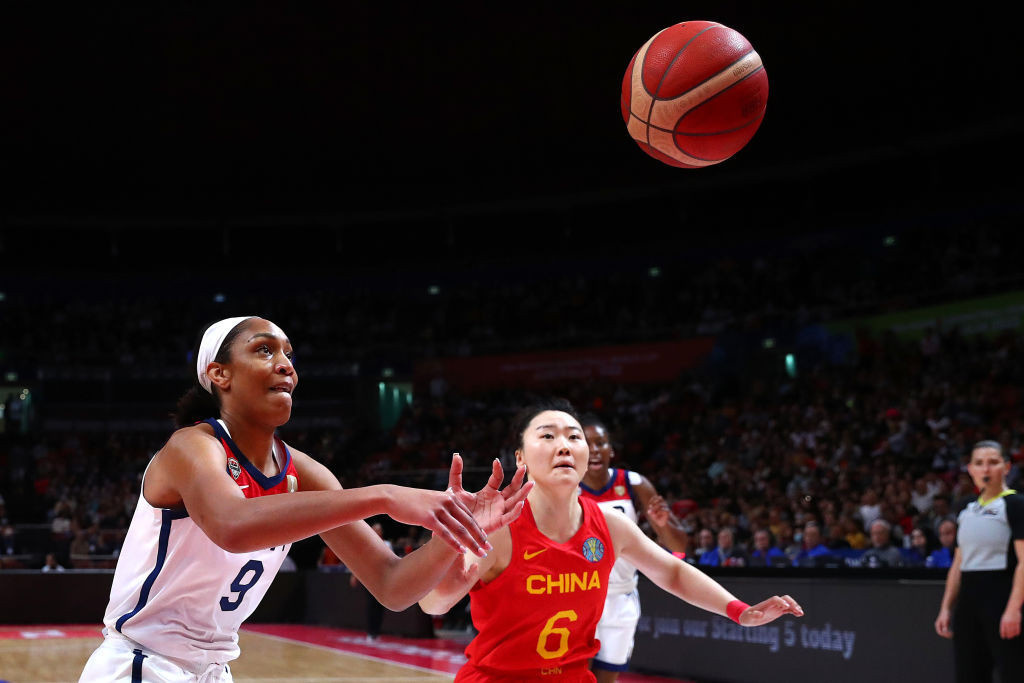 The United States, seeking a fourth consecutive title at the International Basketball Federation (FIBA) Women's World Cup in Sydney, earned a crucial qualifying victory over China on the third day of competition to secure a quarter-final place.

A’ja Riyadh Wilson top-scored with 20 points as the defending champions defeated the seventh-seeded team, who had topped Group A after the opening two matches thanks to a superior scoring record, by a score of 77-63.

But the victory was far from easy, as China, for whom the hugely experienced Li Meng scored 21 points, fought back to win the third quarter 22-12, reducing their deficit to ten points heading into the final part of the match at the Sydney SuperDome, watched by a crowd of 9,447.

In the only other matches scheduled for day three, also in Group A, South Korea earned a 99-66 win over Bosnia and Herzegovina, with Kang Lee-seul earning an astonishing total of 37 points.

The third of the day’s matches at the Sydney SuperDome saw Belgium, fourth at the last World Cup in 2018, pushed all the way by 17th seeded Puerto Rico before earning a 68-65 triumph.

After shading the first quarter 12-11, Belgium lost the second 19-20, meaning the sides went into the third section of the match with scores tied on 31 points apiece.

With Kyara Linskens top-scoring on 24 points, the favourites just edged home in the final two quarters, by 18-17 and 19-17.

Tomorrow sees the third round of Group B matches scheduled to be played, with Canada, who head the group after two wins, taking on fifth-placed Japan, hosts Australia - currently holding the fourth and last quarter-final qualifying place after a win and a loss - playing Serbia and Mali meeting France.