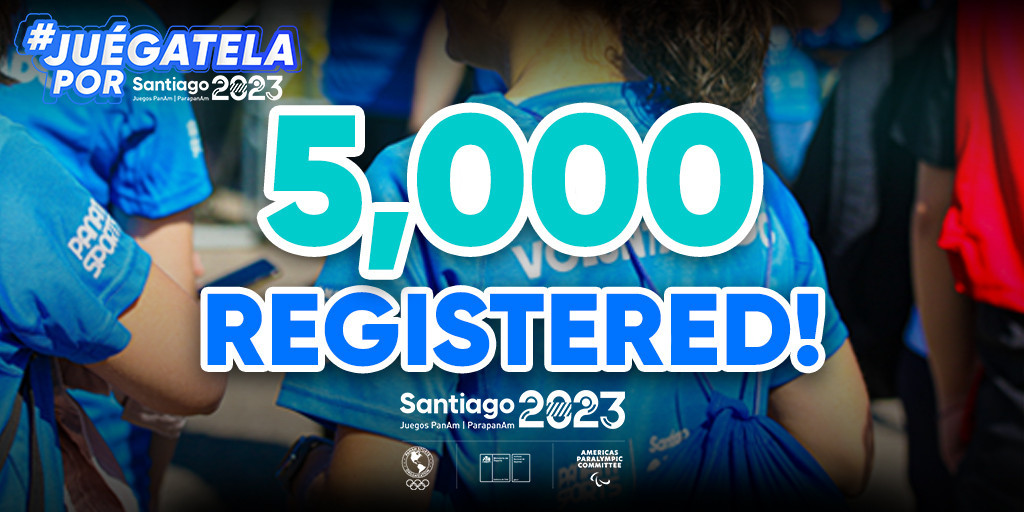 The organisers of the Santiago 2023 Pan American Games have said 5,018 people have now registered to become volunteers for the multi-sport event.

Women currently make up the majority of the participants, with 56.4 per cent signing the online form, while 43.2 per cent of the current total are men.

Colombians and Brazilians form 5.7 per cent and 5.3 per cent of the volunteers and Argentinians account for 4.4 per cent.

Almost two per cent of applicants are people with disabilities.

The next edition of the Pan American and Parapan American Games are aiming to gather 17,000 volunteers, which dwarfs the 2,800 total at the 2014 Games, also held in Santiago.

"We are happy with the response to our call to be part of Santiago 2023 and that gives us more strength to continue working to get the total number of volunteers we need, who will be protagonists of the biggest sports festival in our country," Gianna Cunazza, executive director of Santiago 2023, said.

The 2023 Pan American Games are due to be staged between October 20 and November 5 next year.