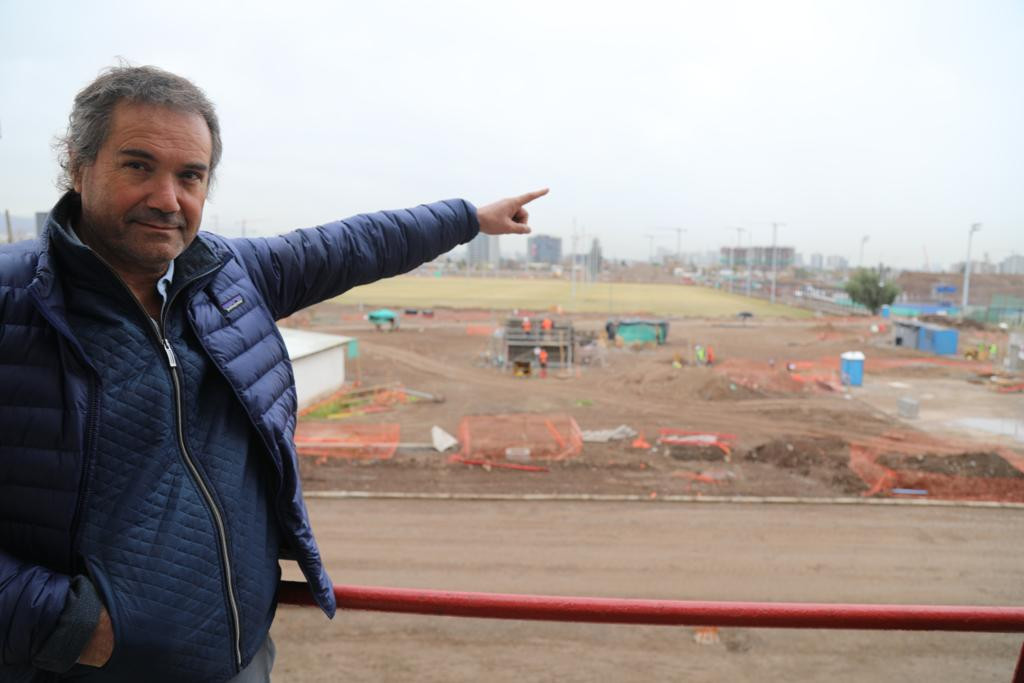 Panam Sports President Neven Ilic has said he expects work on venues here to be completed "very close" to the Opening Ceremony of next year's Pan American Games.

The Chilean official admitted Santiago 2023 organisers were in a "rush" to conclude all the work with a little more than a year to go before the Games are due to begin, but claimed that there was enough time.

"We are building seven new venues and that's where we have to rush as the construction will start over the next month," Ilic told insidethegames.

"We have time to finish but we will finish very close to the Opening Ceremony.

Ilic's comments come after concerns were raised by Michael Fennell, head of the Panam Sports' Technical Commission for Santiago 2023, over the amount of work that still needed to be done for the Games when delivering his report at the General Assembly.

Fennell claimed that the aquatics and volleyball venues required "special attention" in a warning to the organisers.

"It's not a complaint but we need to ensure and recognise the fact that a lot needs to be done because while the overall preparations are fine the danger is in the detail to ensure that the venues are all in place," said Fennell.

A total of 41 venues in 19 Chilean districts are due to be used for next year's Pan American and Parapan American Games.

The National Stadium Sports Park in the Ñuñoa district of Santiago features 12 venues for the Games, including the main Estadio Nacional Julio Martínez Prádanos.

Ilic blamed the COVID-19 pandemic as the chief reason for the delays in construction but felt preparations for Santiago 2023 would ramp up after completing the tender process.

"All these tenders are done, which is important," said Ilic.

"When you are building places like the National Stadium, you need lots of different approvals.

"The most important reason [for the delays] is two-and-a-half year with COVID-19, people not working, but now we don’t need a reason, now we have to run, we have to work and we have to finish properly."

Gabriel Boric is the third President of Chile since Santiago was awarded the hosting rights for the Pan American Games in 2017.

Ilic said his confidence had been boosted by Boric's commitment to the staging of the Games that are due to run October 20 to November 5 next year.

"I have to say the new Government care about the Games," added Ilic.