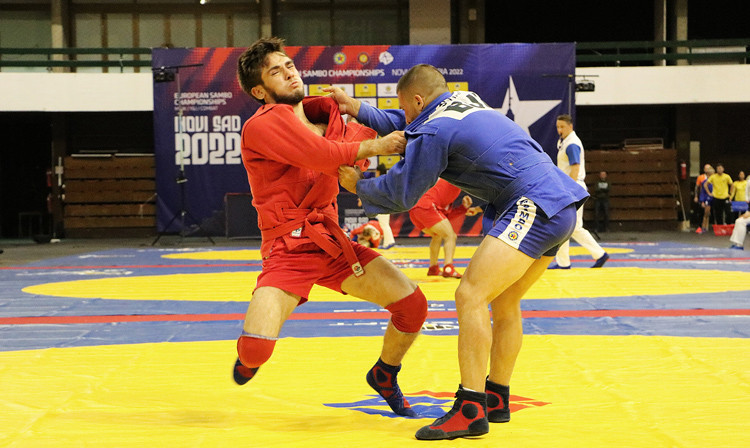 The European Sambo Championships were held from September 15 to 18 in Serbian city Novi Sad, having been moved from Yekaterinburg in Russia.

It featured approximately 400 athletes from 25 countries - including neutral Russians and Belarusians - who competed across youth, junior and senior divisions.

"It was a truly spectacular and competitive tournament, in which several new stars lit up in the sambist sky in four days," Eliseev said.

"Among the owners of gold medals, I would like to single out the French athlete Sephora Corcher, the representative of The Netherlands Sacha Buwalda, as well as the Serbian combat sambo fighter Stefan Župarić, who won a series of labour victories on the way to the podium," Eliseev, who is also first vice-president of the International Sambo Federation, continued.

"The success of junior sambist Efim Lopovok, who won gold in the weight category up to 79 kg, became symbolic.

"I want to thank the Sambo Federation of Serbia for the high organisational level at which this championship was held, as well as for the sports festival for fans of martial arts, which lasted for four whole days.

"I would like to express my special thanks to the general partner of the competition, the Rosneft oil company, for their assistance in organising and holding the European Sambo Championships."

The event was dominated by Russian athletes who were competing as neutrals.

They won 40 gold medals to top the standings ahead of Armenia in second and third-placed Romania, who claimed four and two victories, respectively.