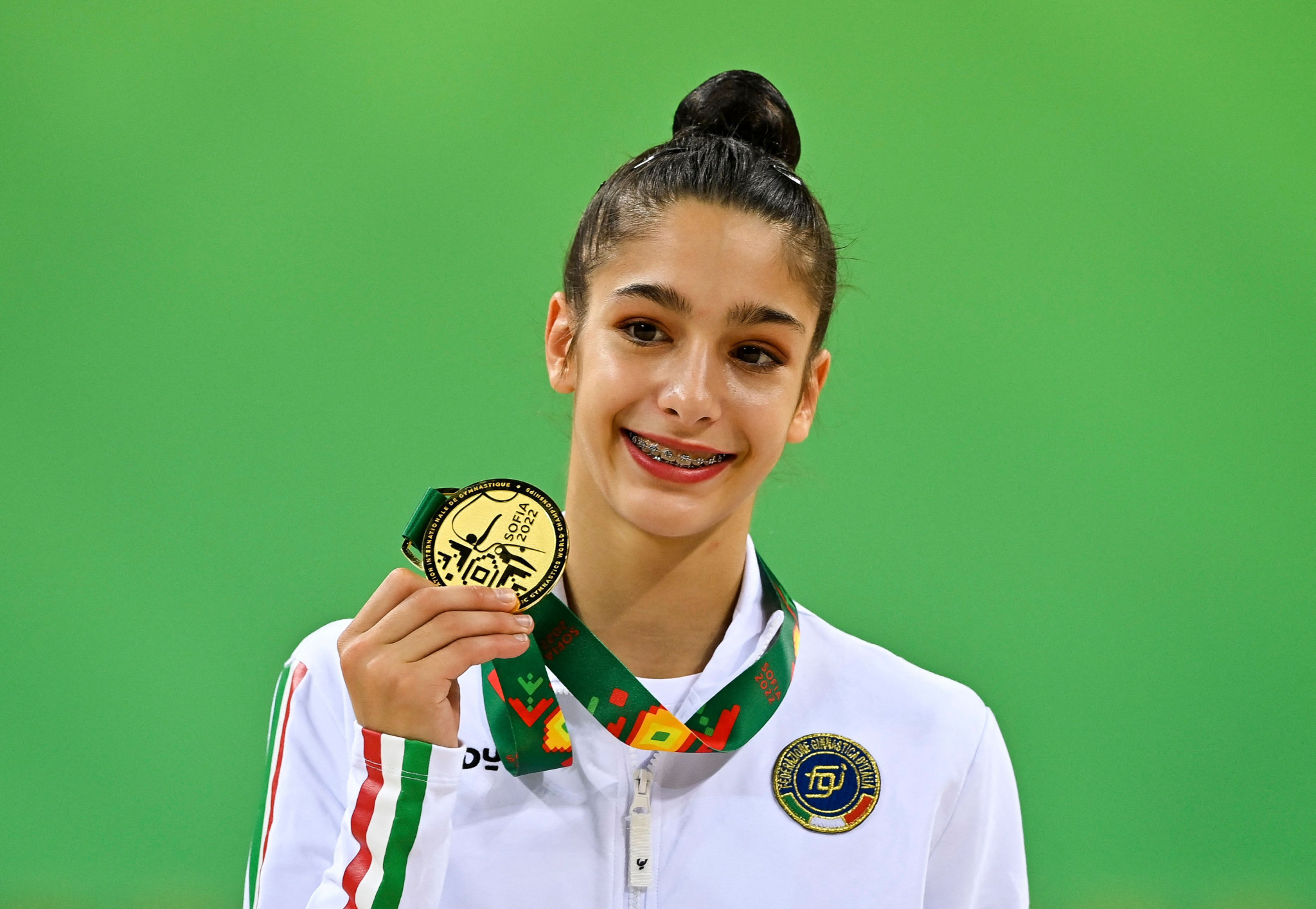 Raffaeli claimed ball and hoop victories yesterday at the Armeets Arena, and edged out Bulgarian home favourite Stiliana Nikolova by 0.800 points to prevail in the ribbon event.

Ekaterina Vedeneeva became Slovenia's first ever medallist at the Rhythmic Gymnastics World Championships as her score of 29.900 merited ribbon bronze and pipped Adi Asya Katz of Israel to the final podium position.

In the first final of the day in Sofia, Varfolomeev won unified Germany's first gold medal at the Championships with an impressive 33.550 performance with the clubs.

Yet Darja Varfolomeev ?? may just have outdueled them all. She earns 33.550 for a stellar routine with the Clubs as filled with difficulty as it is with character. The audience shrieks as the score is announced. Varfolomeev cries happy tears. #RHYWorlds2022 pic.twitter.com/7WbLyIOf3q

Raffaeli added another medal to her collection as a 31.850 score earned her third place, recovering from a qualification performance which ranked her seventh.

Competition in Sofia is due to continue tomorrow with the group all-around event.

The individual all-around final is then scheduled for Saturday (September 17), followed by the group five hoops final and the group three ribbons and two balls final on Sunday (September 18).