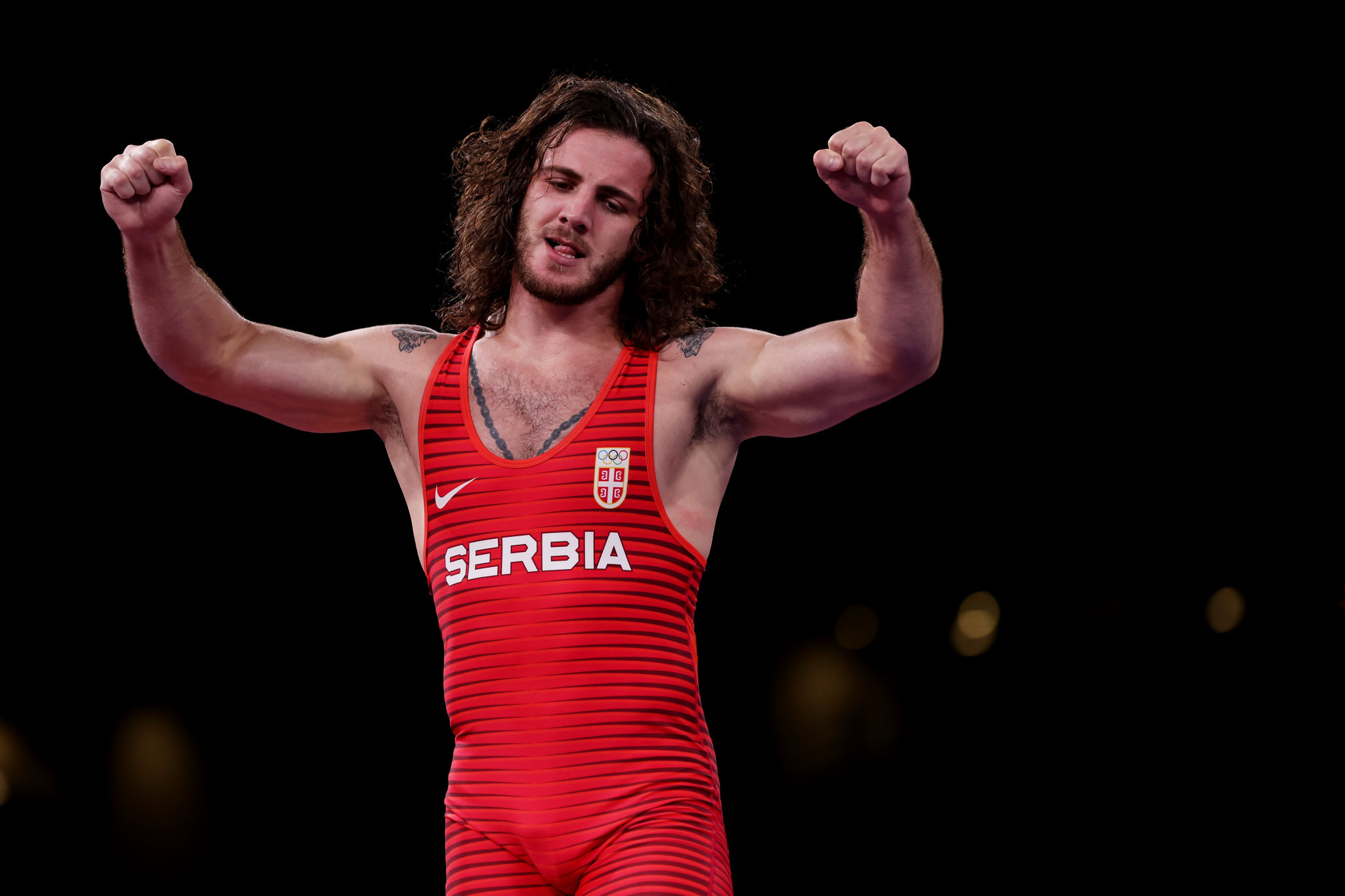 The first finalists of the World Wrestling Championships were decided in four Greco-Roman divisions at the Štark Arena in Belgrade.

Hosts Serbia and Azerbaijan were the most successful countries on the opening day of competition as they have two athletes set to compete for gold.

Defending champion Zurabi Datunashvili of Serbia put himself in a good position to repeat his Oslo 2021 triumph as he snuck past Hungarian David Losonczi to advance to tomorrow's final.

The Tokyo 2020 Olympic bronze medallist is due to face Denmark's Turpan Bisultanov who breezed past Turkey's Ali Cengiz 6-0.

"For the Serbian people, for Serbian sports, I want to win it tomorrow," Datunashvili said after the under-87-kilograms bouts.

In the under-72kg semi-finals, Datunashvili's compatriot Ali Arsalan downed Frenchman Ibrahim Ghanem with a clinical duck-under to half-nelson which secured a victory by fall.

He is due to duel Azerbaijan's Ulvi Ganizade in the final battle following a 4-3 victory against Selçuk Can of Turkey.

"First of all, I am so glad that I made it to the final, it's really good for me," Arsalan said.

Ali ARSALAN ?? will get his shot to become Serbia’s ?? fourth-ever Greco-Roman world champion on Sunday night when he goes toe-to-toe with Ulvi GANIZADE ?? in the 72kg finals.#WrestleBelgrade // #TheHomeOfWrestling pic.twitter.com/MZmBNYkBkR

"I should recover myself and my body and my mind.

"Tomorrow I should be myself on the mat."

Eldaniz Azizli, an Azeri world champion from 2018, is on course to reclaim his under-55kg crown as he is set to meet Georgia's Nugzari Tsurtsumia.

Azizli dominated the United States' Max Emiliano Nowry in the semi-final with a victory by superiority following a 9-0 demolition.

Tsurtsumia had a tougher challenge in the form of Kazakhstan's Amangali Bekbolatov but eventually prevailed 5-3 to claim the points victory.

Zoltan Levai of Hungary and Kyrgyzstan's Akzhol Makhmudov made it to the under-77kg final after gruelling wins against Serbia's Viktor Nemes and Kim Hyeon-woo, respectively.

The champions of today's contested weight categories are due to be decided tomorrow while the semi-finals of the Greco-Roman under-63kg, 67kg, 82kg and 97kg divisions are also scheduled.