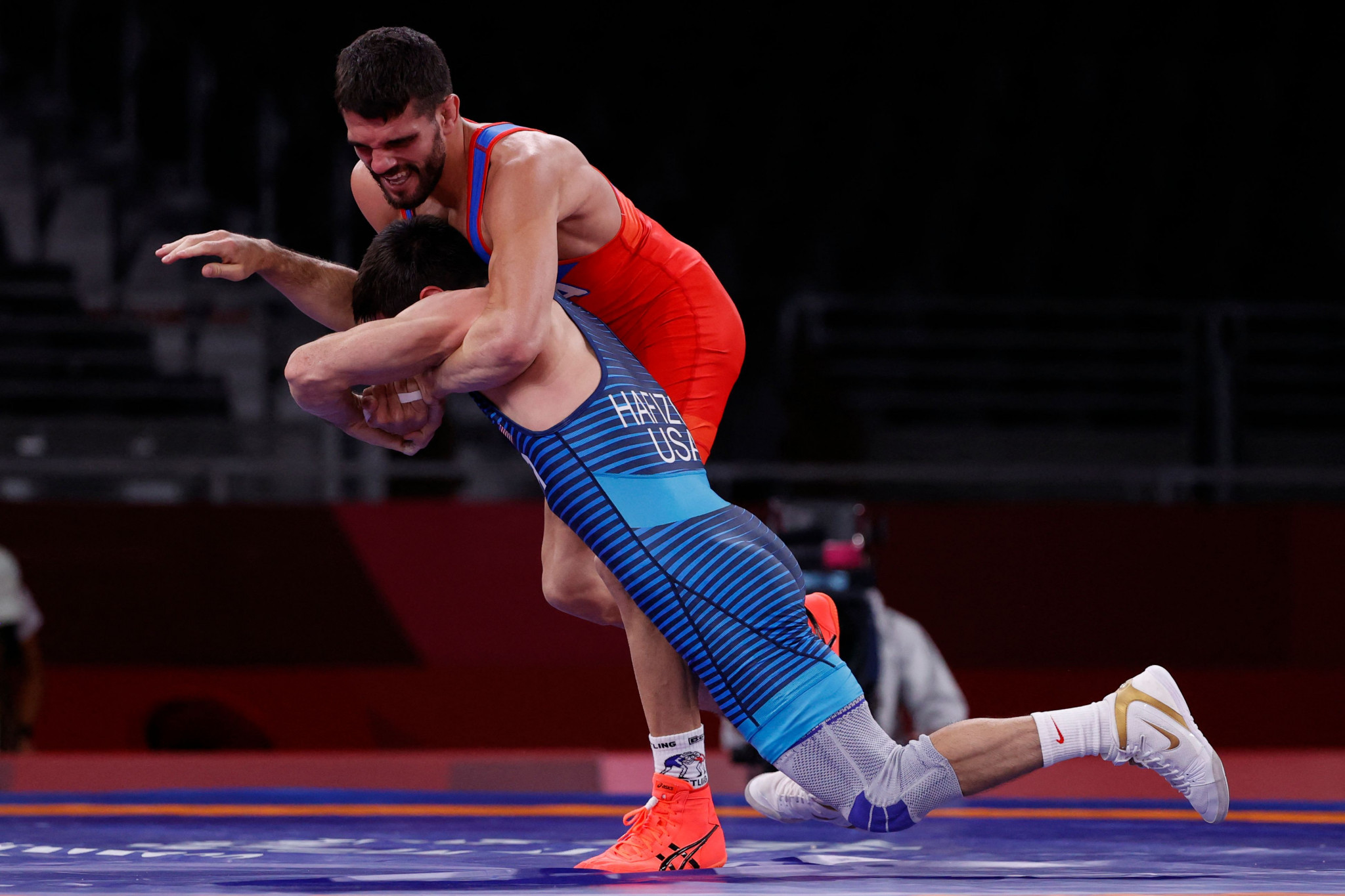 Cuban Olympic champion Luis Orta Sanchez is set to make his men's Greco-Roman under-63-kilograms debut at the World Wrestling Championships in Belgrade set to run from tomorrow until September 18.

The under-60kg Tokyo 2020 gold medallist is tipped for a medal in the Štark Arena despite the weight change and having not competed since his triumph in last year's postponed Games.

Moldovan Victor Ciobanu will pose the biggest threat to Orta Sanchez's title challenge in the Serbian capital as the reigning champion will be looking to avenge his Olympic semi-final defeat against the Cuban.

The Championships are set to feature men's Greco-Roman and freestyle events in addition to women's wrestling competitions across the eight-day event, which is set to be the 17th combined edition.

Iran's Mohammadreza Geraei is the overwhelming favourite in the men's under-67kg Greco-Roman tournament as the 26-year-old is the defending Olympic and world champion.

Two-time world champion Ryu Han-soo of South Korea is also in with a chance as are Olympic bronze medallist Mohamed El Sayed of Egypt and Polish runner-up from 2017 Mateusz Bernatek.

In the women's tournaments, Japanese top seed and reigning world champion Akari Fujinami will not be able to defend her title in the under-53kg class.

The 18-year-old was forced to withdraw after suffering a foot injury and is expected to need eight weeks to fully recover.

"From this point, there are many important competitions ahead," said her coach Ryo Kanehama.

"To keep from making [the injury] worse, we made this decision today."

She is currently on a 103-match winning streak that dates back to her junior high school days in 2017.

Moldovan Iulia Leorda is now tipped for victory after her runner-up finish at last year's World Championships in Oslo and bronze medals at the Yaşar Doğu and European Championships.

American Sarah Ann Hildebrandt holds the favourite tag in the under-50kg bracket as she finished second and third at Tokyo 2020 and Oslo 2021, respectively, before winning golds at the Pan-American Championships and Zouhaier Sghaier Ranking Series event.

However, she will face a tough challenge from Japan's reigning Olympic champion Yui Susaki and four-time Olympic medallist Mariya Stadnik of Azerbaijan.