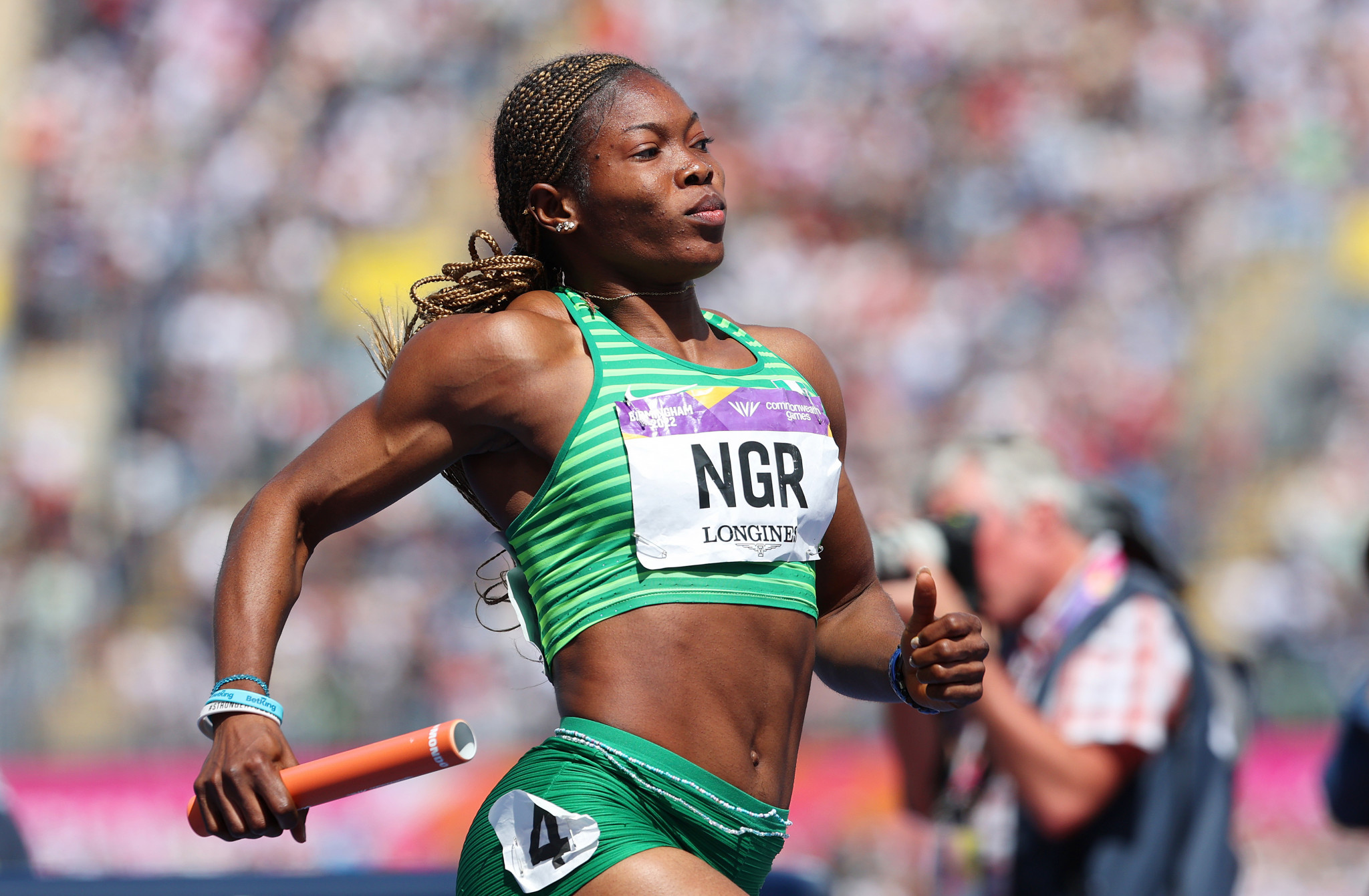 Nzubechi Grace Nwokocha, who was part of Nigeria's women's 4x100 metres relay team that dramatically won gold on the line at the Birmingham 2022 Commonwealth Games, has been provisionally suspended by the Athletics Integrity Unit (AIU) for testing positive for a banned substance.

Nwokocha infamously dipped to the line to beat the hosts England on the anchor leg to put her team - also consisting of Tobi Amusan, Favour Ofili and Rosemary Chukwuma - top of the podium.

The 21-year-old tested positive for ostarine and ligandrol, according to the AIU.

It could lead to England being promoted to gold in the relay and Jamaica moved into silver.

Australia would be promoted to bronze if Nigeria are disqualified.

Ostarine is an anabolic steroid that is not approved for human use or consumption in the United States, the country where Nwokocha has trained while at university.

Testing positive for prohibited substances carries a penalty of up to four years, meaning the Nigerian could miss the Paris 2024 Olympic Games and the Victoria 2026 Commonwealth Games if found guilty.

At the Tokyo 2020 Olympics, Nwokocha made the semi-finals of the women's 100m and 200m, reaching the same stage in both races at this year's 2022 World Athletics Championships in Eugene.

The Nigerian was fifth at Birmingham 2022 in the women's 100m final too.

She is not the first prominent Nigerian to face a ban, with Olympic, world and Commonwealth champion Blessing Okagbare given a 10-year ban earlier this year for multiple cases of doping, as well as refusing to comply with the investigation.

Failures in Nigerian anti-doping left several athletes to miss the Tokyo 2020 Olympics, as they were deemed to have not been tested enough prior to the Games.