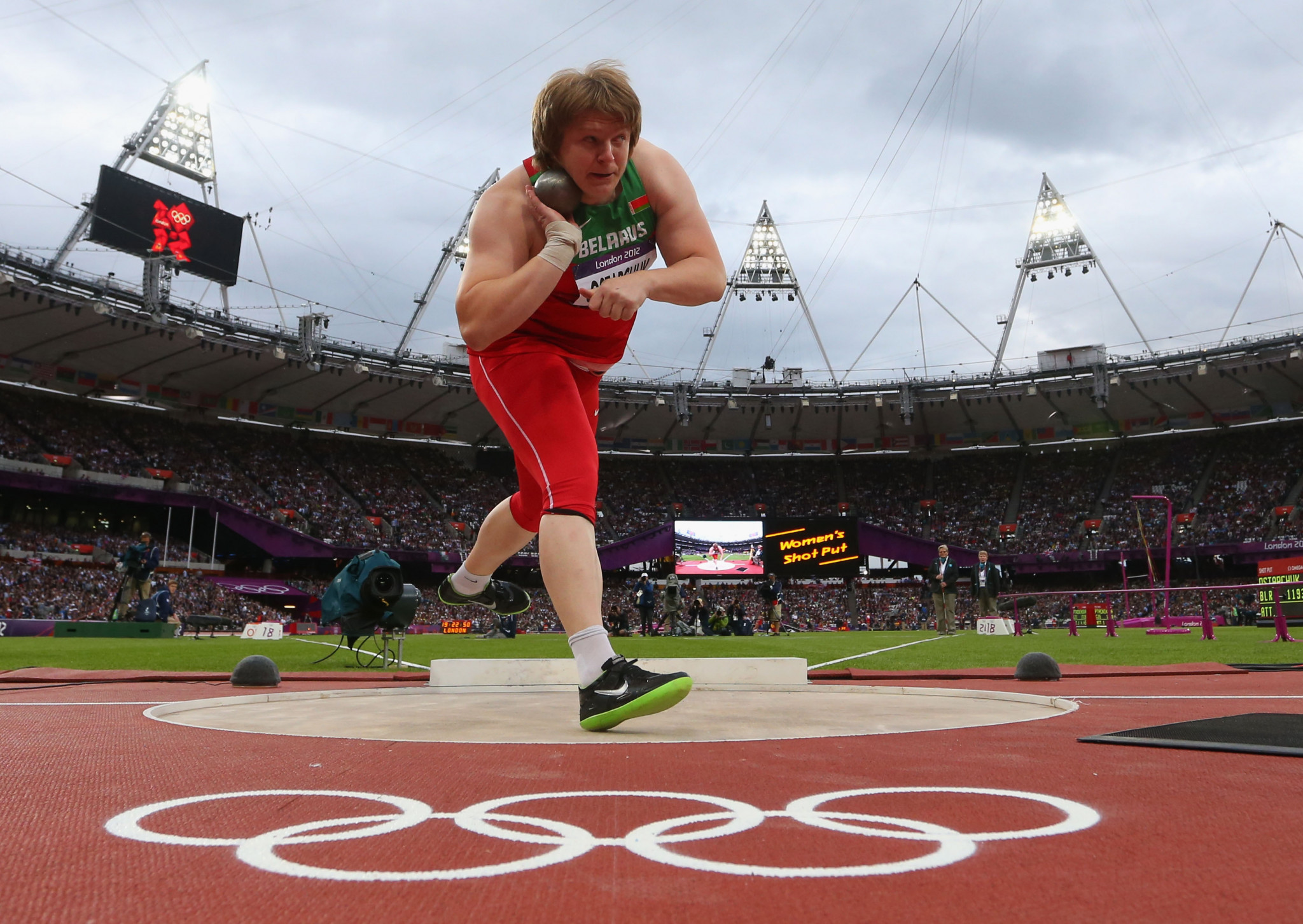 Shot putter Nadezhda Ostapchuk, who won the women's event at the London 2012 Olympics before being disqualified, is among three Belarusian athletes hit with sanctions by the Athletics Integrity Unit (AIU).

Ostapchuk, sprinter Alena Kiyevich and hammer thrower Pavel Kryvitski were hit with sanctions after evidence was uncovered from the Laboratory Information Management System database at the World Anti-Doping Agency accredited laboratory in Moscow.

Ostapchuk, who has already been stripped of Olympic and World Championship gold medals, has had further results from March 22 2012 to April 25 2014 ruled invalid.

Ostapchuk had also already been stripped of the gold medal she won at the 2005 World Championships in Helsinki and the silver medals won at the 2007 edition in Osaka and the 2011 version in Daegu.

Last week the AIU announced a ban for Russian shot putter Irina Tarasova, the third athlete from the London 2012 women's shot put final to have her results disqualified for doping.

Kiyevich has been hit with a two-year ban, dating from August 4 2022, after testing positive for a prohibited substance.

Her results from March 14 2012 through to March 13 2014 have been disqualified, which included when she competed for Belarus in the 4x400 metres relay at the London 2012 Olympics, when they were eliminated in the first round.

Kryvitski was already serving a four-year sanction after testing positive for a banned substance and already had results from July 17 2012 to July 16 2014 and May 11 2015 to June 10 2015 disqualified.

This period covers the London 2012 Olympics where Kryvitski competed in men’s shot put qualifying, but did not reach the final.

The latest disqualification of results covers the 2012 European Championships in Helsinki, where Kryvitski finished in ninth.

Meanwhile in a separate ruling the AIU has banned Ethiopian runner Taye Girma Arit for five years and four months after he was found to have used prohibited substance EPO or erythropoietin.

Arit’s ban is effective from August 3 2021 and his results from April 6 last year onwards have been disqualified, which includes a win at the Moonlight Half Marathon in Jesolo in June 2021.