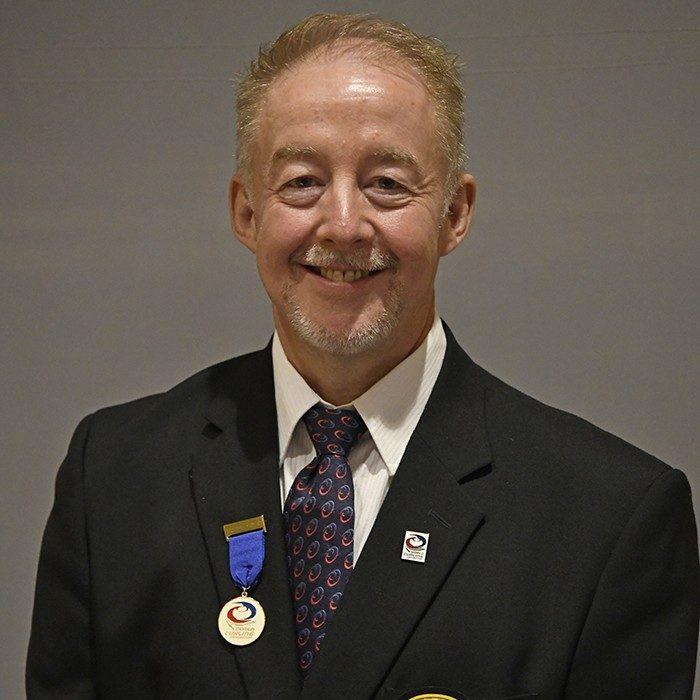 World Curling Federation (WCF) Presidential candidate Graham Prouse says he relishes the competition in the four-way fight to lead the winter sport going forward and has outlined his intent to consolidate the work of the predecessor, Kate Caithness.

Prouse praised the family feel within the organisation as he gets set to race against two of his fellow WCF vice-presidents, Australian Hugh Millikin and Bent Ånund Ramsfjell of Norway; as well as Beau Welling of United States, who is a director at the WCF.

"These are my friends," said Prouse speaking to insidethegames.

"These are good people and they would be excellent in this position.

"The four of us have managed to keep this very normal.

"Although we'd all like to win, we realise we will all have to work together and I believe we can do that regardless of who wins.

"It's a very strong Board, we have lots of abilities, experience and expertise that I would try and leverage from that group."

It pales in comparison to the start of Caithness' reign as WCF head in 2010, when she challenged the incumbent and Prouse's Canadian compatriot Les Harrison.

She successfully ousted him and is set to stand down on September 11 at the WCF Congress in Lausanne after a maximum 12 years.

Prouse praised the outgoing head, saying her reign was "unparalleled" and a "difficult act to follow", noting she worked hard from the start when support from some sectors of the WCF was not yet present.

He added the need to strengthen the areas that Caithness had branched out to, stating security was at the heart of his campaign.

"There has been a lot of positive things that have happened and we're now at a point where we need to consolidate some of that," added Prouse.

"It's easy to keep growing and not stop to consolidate.

"I see opportunities because of the doors Kate opened.

"I see so much opportunity in broadcast.

"We have ideas come forward about how to leverage technology and how do we combine the live event with what is on television and a second-screen with data."

Prouse highlighted the media coverage of Formula One for its improvements on the screen as an example, making it a more attractive product that has seen a boost in viewership since the takeover by Liberty Media.

Other points on his agenda include assisting smaller nations to acquire dedicated curling ice and improving stakeholder consultations.

The Canadian prides himself on his background as a provincial curler who has been involved in sports governance since he was a teenager in northern British Columbia as part of a small club, before rising through the regional and provincial ranks in Western Canada.

Prior to his time at the WCF he became the chair of Curling Canada; and stresses that his experience at all levels would be beneficial to the body.

"I can remember being that small club, but I also know how important it is for the regional and national and world associations are very strong, because without that we cannot help the smaller countries."

The four-way race to become the President of the WCF comes to a head on September 11.