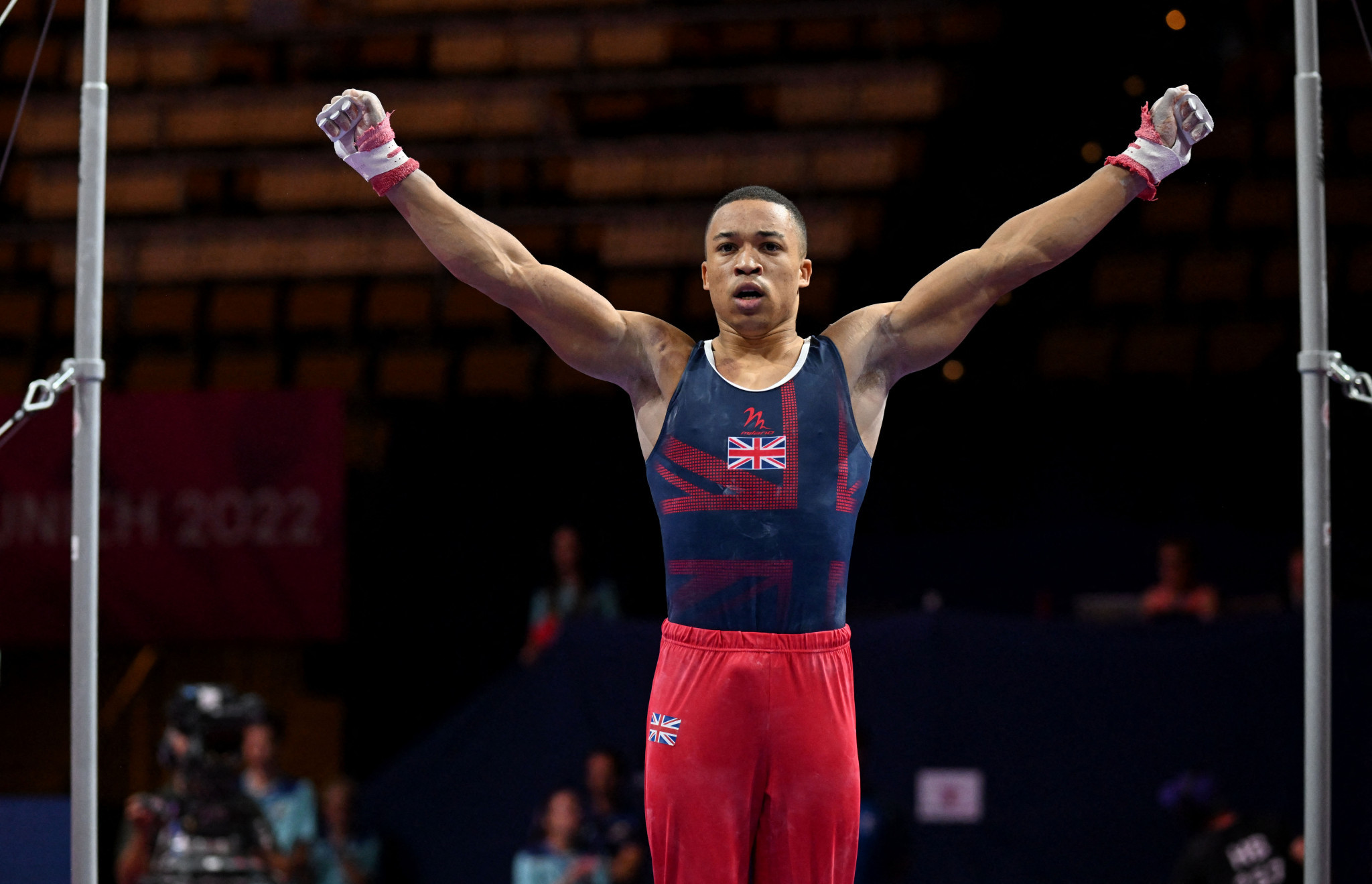 Fraser ruptured his appendix and fractured his foot in the weeks building up to the Birmingham 2022 Commonwealth Games, but recovered to win individual pommel horse and parallel bars gold and help England to the team title.

He began with what proved to be the lowest score of 13.633 in the floor exercise at the Olympiahalle in the German city, but recovered with superb displays on the pommel horse and parallel bars, top scoring in both with 14.600 and 15.066 respectively.

"To be honest, it's hard to believe that four weeks ago tomorrow I fractured my foot and I was unable to do six apparatus as much as I tried to get back for the Commonwealth Games," he said afterwards.

"Actually, in hindsight I'm glad that I took myself off of that competition, because now I was able to do six apparatus.

"Maybe not quite to the best of my ability, but good enough to be European champion.

"Honestly, I'm over the world."

Adam Ondra of the Czech Republic was crowned lead champion earlier in the Championships, and led after the boulder stage with 80.7 points.

Schubert ranked fourth at the halfway stage, but remained in contention with a score of 80.5, and the lead world champion notched 95.1 in the second part of the competition to take gold with 175.6.

Ondra took second with 170.8 after posting 90.1 on the lead route, while Olympic champion Alberto Ginés López of Spain climbed from fifth to third.

The boulder and lead format is set to be one of the two medal events at the Paris 2024 Olympics, the other being the speed competition.

They took bronze along with Spain's María Xiao and Romania's Adina Mihaela Diaconu, who were beaten 11-2, 11-7, 11-6 by Polcanova and Szocs.

The Munich 2022 European Championships is set to continue tomorrow, with medals on offer in athletics, canoe sprint and mountain bike.