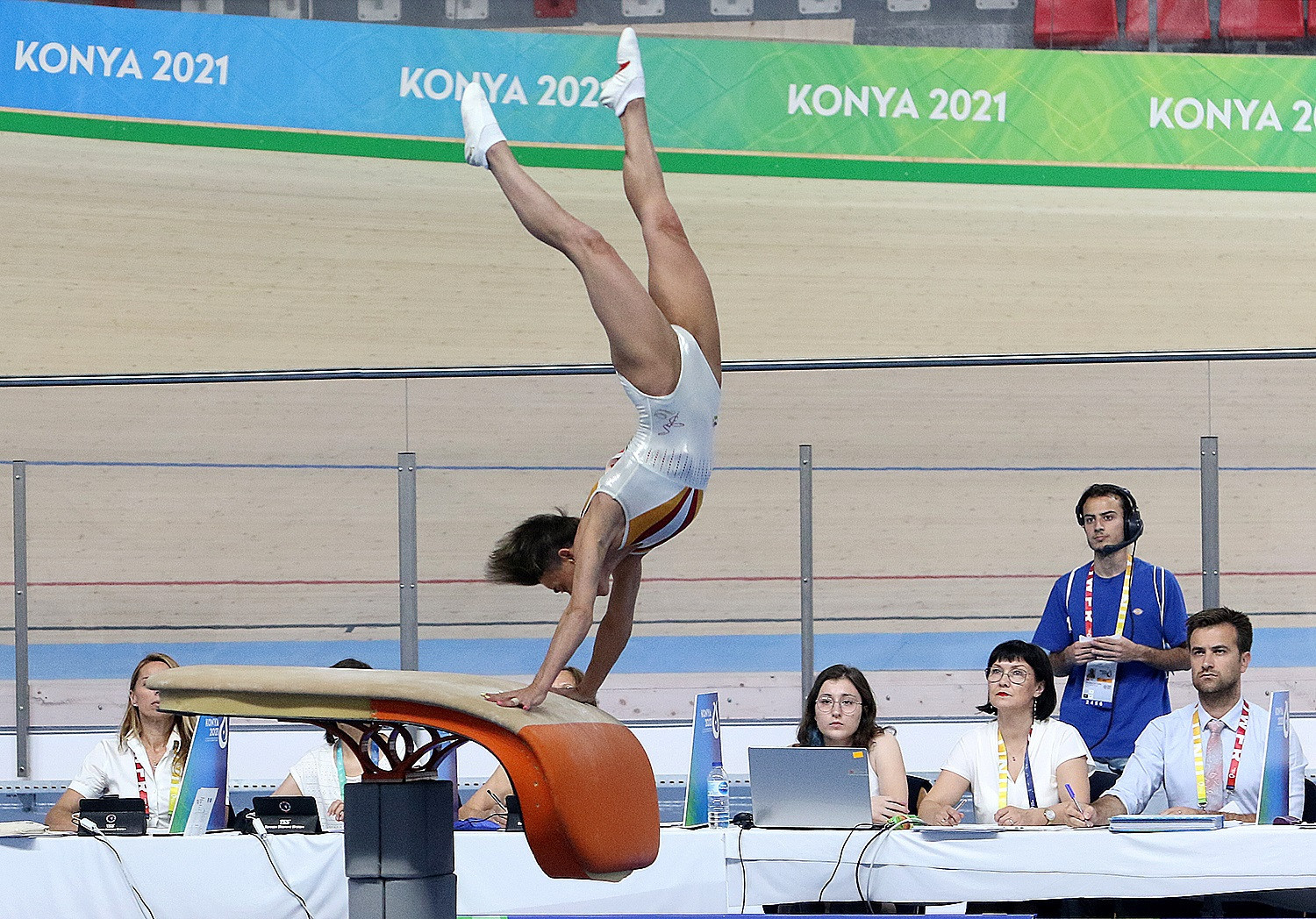 Legendary Uzbek gymnast Oksana Chusovitina retained the women’s vault title at the age of 47 on the final day of competition at the Islamic Solidarity Games here.

Chusovitina opted to end her career after making a record eighth appearance at the Olympic Games last year when she competed at Tokyo 2020 before reversing her decision in a bid to participate at the Hangzhou 2022 Asian Games.

Although the Games in the Chinese city have been postponed due to the COVID-19 pandemic, Chusovitina is aiming to compete at the Paris 2024 Olympics.

Chusovitina rolled back the years in Konya today when she triumphed in the women’s vault final with a score of 12,984 points.

The Barcelona 1992 Olympic champion edged out Bilge Tarhan of Turkey who had to settle for silver with 12,884 at the Olympic Velodrome.

The floor exercise title was claimed by Aida Bauyrzhanova of Kazakhstan after scoring 12,800.

Ominakhon Khalilova of Uzbekistan sealed silver with 12,500, while Tarhan notched 12,467 for bronze.

There was a Turkish one-two in the women’s recurve bow final, with Yasemın Ecem Anagoz overcoming Gulnaz Busranur Coskun to take gold.

Rezza Octavia of Indonesia completed the podium when she claimed bronze.

Samet Ak ensured there was more success for the hosts in the men’s recurve bow final as he captured the title.

Among the home champions was Hayriye Hancer Türksoy who defeated Bendass Dhekra of Algeria to win the women’s 48 kilogram full-contact title.

Amil Mammadov of Azerbaijan and Sherali Musoev of Uzbekistan were the bronze medallists.

Ramiz Mammadov of Azerbaijan and Lazizbek Begmatov of Uzbekistan won the bronze medals.

Turkey topped the standings with 341 medals including 145 golds, 107 silvers and 89 bronzes.

Uzbekistan placed second with 158 medals, while Iran picked up 133 to finish third.