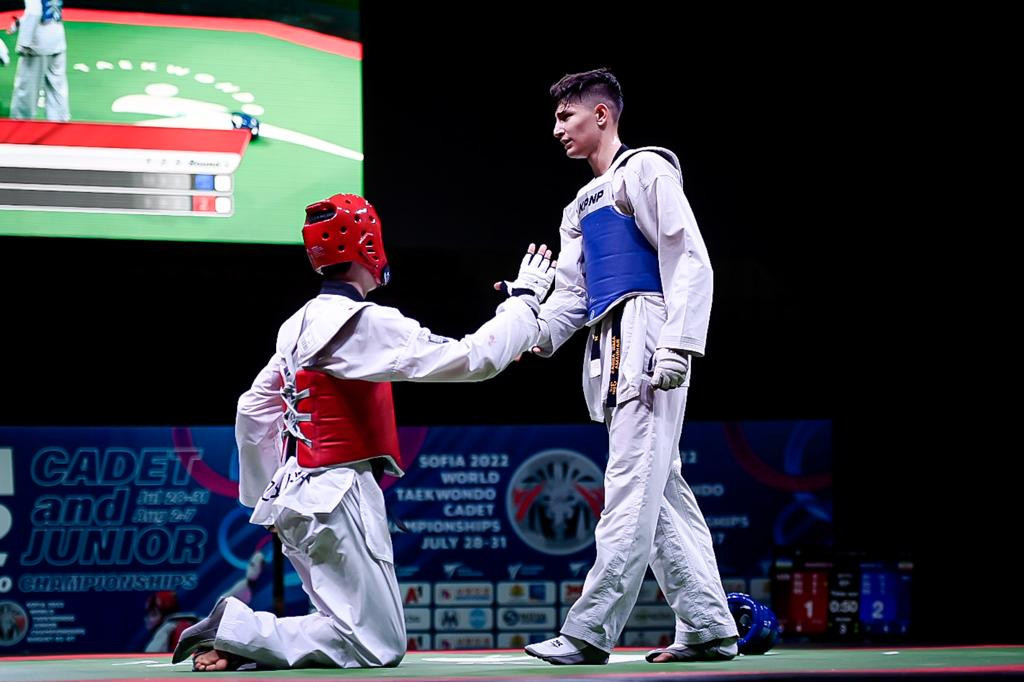 Italy, Iran and South Korea all won gold medals on the fourth day of the World Taekwondo Junior Championships in Sofia, Bulgaria.

Three more gold medals were decided today, with the men’s under-63 kilograms category won by Matin Rezaei of Iran.

Rezaei won round one 10-9, and despite the second round finishing level on points, it was awarded by the judges to Nazarov.

Rezaei then edged the third round 3-2 to take the gold, with bronze medals in the category going to Rafael Pappa of Greece and Seo Hyunwoo of South Korea.

In the women’s under-55kg category, gold went to Kim Gahyeon of South Korea, who recorded a dominant victory over Athanasia Repoulia of Greece.

Gahyeon recorded 12-0 and 10-2 scorelines across the two rounds to win gold in emphatic style.

Bronze medals went to Nika Karabatic of Croatia and Amina Hammich of Norway.

Finally in the men’s under-68kg category Angelo Mangione of Italy claimed a comfortable victory over Zarko Krajisnik of Serbia to take gold.

Mangione won round one 8-0 and the second 5-1 to triumph in style, with bronze medals going to Batyrkhan Toleugali of Kazakhstan and Matthew Summerfield of Australia.