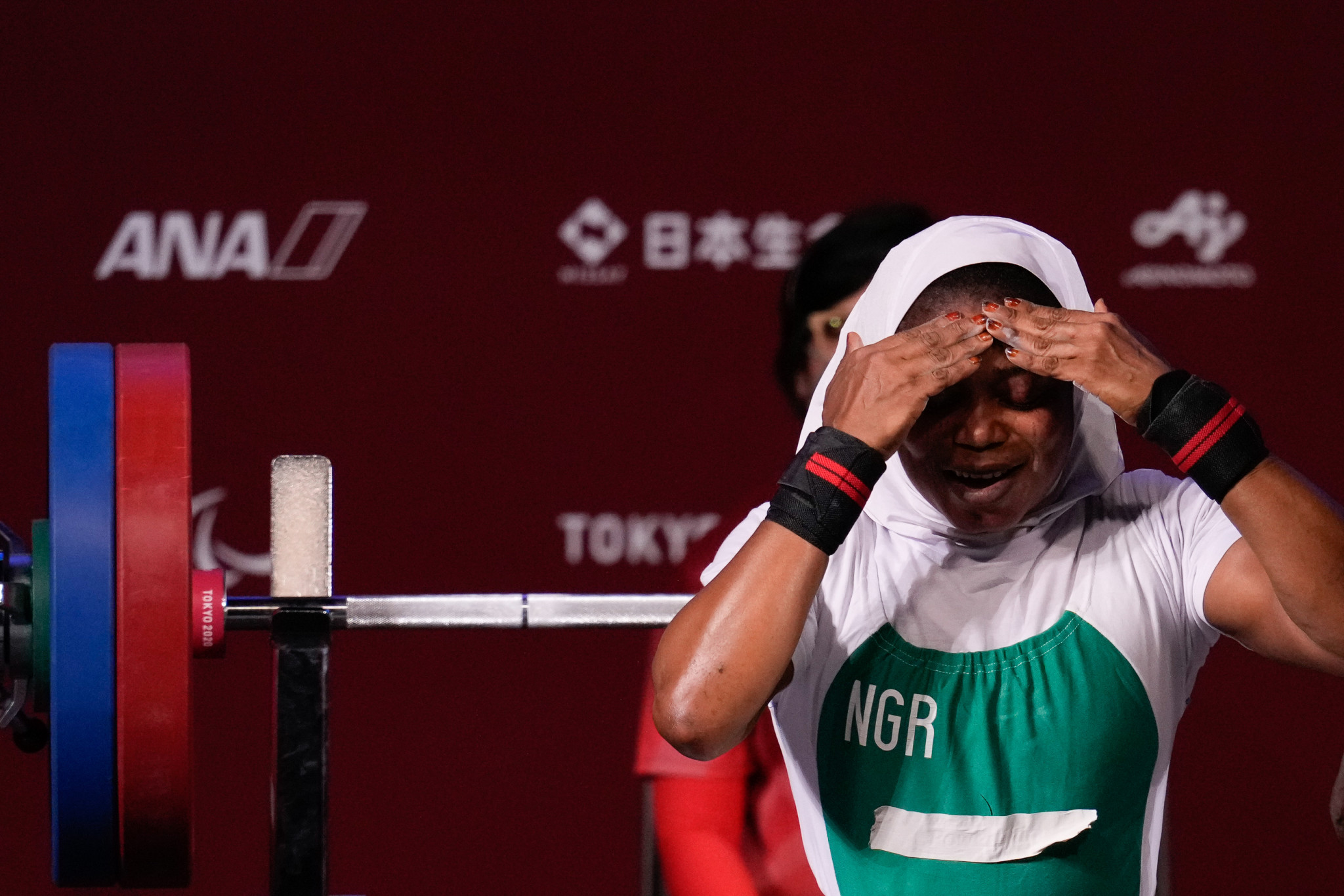 Nigeria's stranglehold on Para powerlifting events at the Commonwealth Games ended in stunning fashion here, when Paralympic gold medallist Latifat Tijani and Onyinyechi Gift Mark were disqualified from the women's lightweight competition due to a late arrival to a kit check.

The country had won all 12 gold medals in the sport at the Games dating back to Manchester 2002, and Tijani or Mark were expected to provide another victory for Nigeria.

However, the pair were disqualified before the start of competition after arriving 25 minutes late to a kit check, and they appeared visibly distraught on footage of the event.

"Two athletes from Nigeria team were disqualified due to non-compliance to Technical Rules 17.1.4 'athletes does not present out to the kit check in the scheduled time and/or with a form of identification, they will be disqualified (DSQ)'," a statement from the technical delegate read.

The statement was issued at 2.42pm local time, with competition beginning at 3pm.

insidethegames has asked the Nigeria Olympic Committee for a comment on the disqualifications.

It has been reported that the country's Federal Ministry of Youth and Sports Development claimed that the powerlifters "did not arrive late for their event", and "there was also no query about the kits as they were approved at the technical meeting held on August 1."

"The decision to disqualify Latifat Tijani and Mark Onyinye Gift has been appealed by Nigeria to the International Paralympic Committee," Kola Daniel, a media aide to Minister Sunday Dare, added, as reported by the Heritage Times.

Tijani took gold in the women's under-45 kilograms category at last year's delayed Tokyo 2020 Paralympics following a silver in the same event at Rio 2016.

The women's lightweight category was won by England's Zoe Newson, who insisted afterwards that the news had no bearing on her performance.

"I found out about half an hour before the competition," Newson said.

"I didn’t let it affect me.

"Maybe it was [a boost] but I was just focusing on my own performance."

Nigeria's participation in the men's lightweight competition which followed at 4.30pm local time was unaffected, with Nnamdi Innocent and Thomas Kure both taking part.