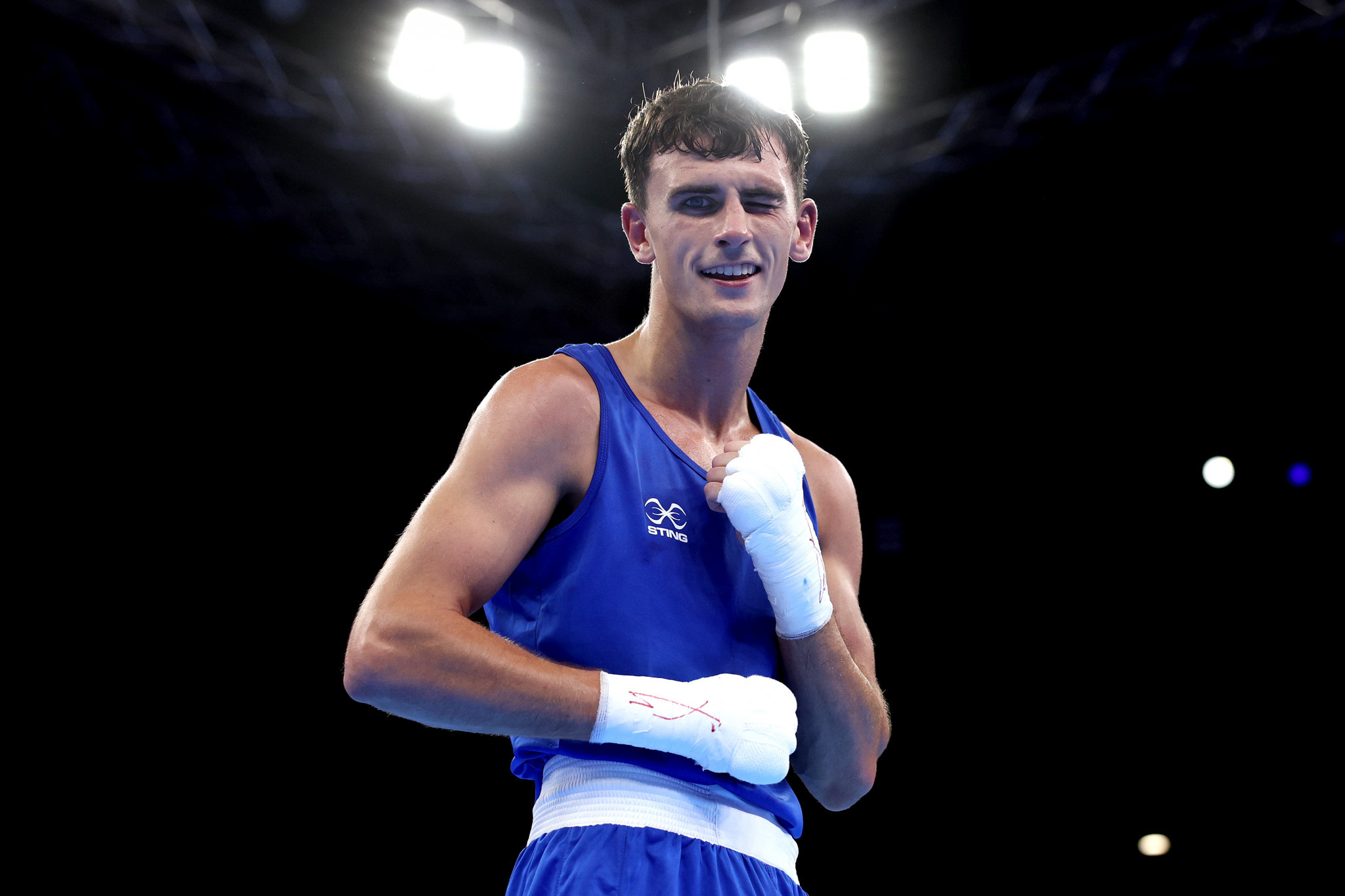 It was a successful day in the ring for boxers from the home nations at the Birmingham 2022 Commonwealth Games, with 12 podium spots secured on the first day of quarter-finals.

England booked the most spots into the final four, with four wins at the NEC.

Most notably, Gold Coast 2018 silver medallist Rosie Eccles of Wales defeated the Olympic bronze medallist and two-time world bronze medallist Lovlina Borgohain of India by a 3-2 split decision in the women's under-70 kilograms.

In the early session it was Scotland who reigned supreme as all three of their boxers secured places in the semi-finals, meaning the team is guaranteed to beat its medal tally from Gold Coast 2018.

The lightest of the three is also the one with the best result to his name so far.

World bronze medallist Reese Lynch defeated defending champion from Namibia Jonas Junias Jonas in the men's under-63.5kg category by unanimous decision and is set to face Canada's Wyatt Sanford for a place in the final.

Compatriot Sam Hickey, a European bronze medallist, forced a referee's stoppage in his match with Nigeria's Adeyinka Benson, setting up a semi-final bout with England's Lewis Richardson in the men's under-75kg.

Richardson nearly forced a stoppage of his own, in a convincing win over Guernsey's Billy le Poullain.

Sean Lazzerini was the last of the Scots and he defeated Canadian Keven Beausejour by unanimous decision in the men's under-80kg, with his next opponent Yusuf Lucasi Changalawe.

Northern Ireland's Carly McNaul picked up a victory too in the women's under-50kg against Sri Lanka's Keshani Hansika and her compatriot Jude Gallagher ran out a unanimous winner against Ilyas Hussain of Pakistan in the men's under-57kg.

Eireann Cathlin Nugent made it another berth for them by beating Jodie Charlotte Wilkinson of England in the women's under-70kg.

Demie-Jade Resztan of England unanimously defeated Zambian Margret Tembo in the women's under-48kg and her compatriot Savannah Alfia Stubley won by the same decision against Yetunde Egunjobi of Nigeria in the under-50kg.

Aaron Bowen from England recorded a split decision victory over Ashish Kumar of India in the late bout in the men's under-80kg, while Taylor Bevan of Wales was a unanimous victor over Jamaica's Jerone Ellis in the same category.

Notably, Kerry Davis of England was defeated in the women's under-75kg in an atmospheric match against world bronze medallist Rady Adosinda Gramane of Mozambique, unanimously.

Gramane's team-mate Alcinda Helena Panguane was the other guaranteed medallist, as the world runner-up won 3-2 against Clotilde Essiane of Cameroon.