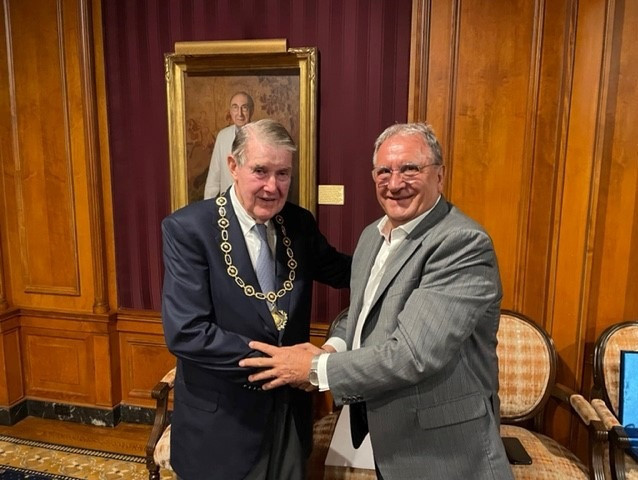 Former owner of Major League Baseball (MLB) team Los Angeles Dodgers, Peter O'Malley, has received the Collar of Honour from the World Baseball Softball Confederation (WBSC) for his contribution towards the sport, playing a pivotal part in baseball becoming a demonstration sport at the 1984 Olympic Games.

WBSC President Riccardo Fraccari gave him the accolade during his visit to Los Angeles earlier this week.

The award had been announced at the WBSC Congress in Taipei City.

"We guaranteed against losses because I was confident that the games in Dodger Stadium would be successful," said O'Malley in an interview for the WBSC book The Game We Love.

After acting as a non-medal sport at Los Angeles 1984, the International Olympic Committee made baseball part of the medal programme for the Barcelona 1992 Olympics, with softball following at Atlanta 1996.

It is to be removed from the Paris 2024 programme, but could make a return in Los Angeles again at the 2028 Olympics.

O'Malley was one of the first owners in the MLB to look outside of the United States for players, bringing in top names such as Japan's Hideo Nomo, South Korea's Chan Ho Park and Mexico's Ismael Valdez during the 1990's.

The WBSC gives out the award to those with "outstanding merits in favour of the development of the sport".